How can India make smart cities a reality?

The world is experiencing an unprecedented transition from predominantly rural to chiefly urban living.

India is no exception, with its urban population forecast to increase from 410 million in 2014 to 814 million by 2050. This represents an urban population increase of one Delhi per year, for the next 35 years.

If India properly plans and develops its urban environment, urbanization can provide an efficient way for people to live, enabling economies of scale in the delivery of infrastructure and services. Moreover, the proximity and diversity of people can spark innovation, create employment and provide the country’s economic engine. However, without proper planning and services, sprawling cities can become flashpoints of discontent.

100 Smart cities: The government plans to invest $7.5 billion over the next four years, with an equal contribution coming from state-level government, in the enhancement of physical infrastructure (water, energy, built environment, waste, mobility and ICT) and social infrastructure (health, education and recreational facilities) in 100 cities across India. The cities are identified through a “Smart City Challenge”, which makes cities compete against each other, while engaging citizens in identifying the key challenges facing the city and developing a plan to deliver smart solutions.

500 AMRUT (Atal Mission for Rejuvenation and Urban Transformation) cities: The AMRUT cities programme aims to enhance the basic infrastructure (water, sanitation, open spaces and public transportation) of 500 cities in India, with the Government of India investing $7.5 billion over next four years. The programme intends to provide training to strengthen the urban local bodies.

These programmes have brought a new emphasis on cities in a country that has traditionally focussed on rural development. In addition, it has brought renewed interest from international and domestic investors, who recognise that public private collaboration is required to enable India to bridge the infrastructure investment gap and invest $640.2 billion in urban infrastructure up to 2030. However, their message is clear: smart cities cannot exist without smart governance and smart regulation, and urgent reforms are required at the institutional and policy level in order to ensure that new urban rejuvenation programmes do not fall victim to the errors of the past.

The World Economic Forum Future of Urban Development and Services initiative serves as a partner in the transformation of cities around the world, as they address major urban challenges. In 2015, the initiative has focused much of its efforts on India and in particular providing Urban Development Recommendations for the Government of India and more recently focusing on the reforms required at all levels of Government to accelerate the delivery of smart cities. 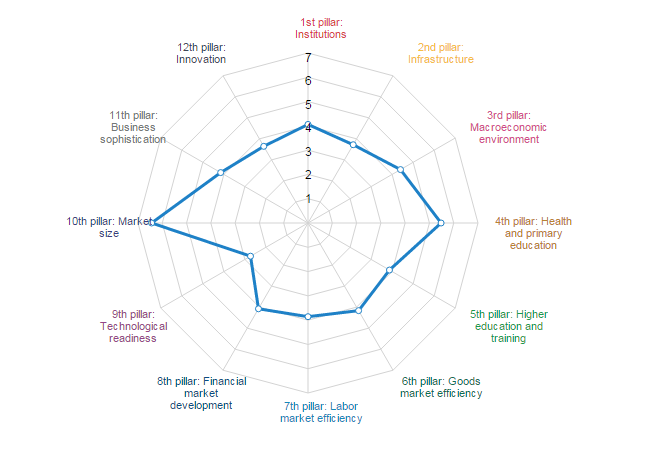 At present, a mayor is only a ceremonial figure in cities in India, and the municipal commissioner, who is deputed by the state government and accountable to the state, is the executive head of the city.

An executive mayor – directly elected by the city or elected by council – with a unified command over all the city functions could bring accountability and purpose to city-level administration, which is currently plagued by frequent leadership changes.

Additionally, the executive wing of the city needs to develop technical and management capacity to execute large urban rejuvenation programmes. 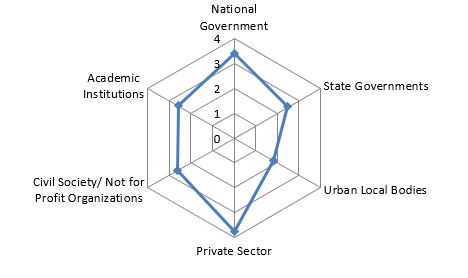 Urban projects are often derailed because the people who use them don’t pay for them. This leads to a vicious cycle where the revenue receipts suffer leading to poor service delivery and precarious financial situation impedes the chances of urban local bodies to obtain financial assistance or raise loans. Across urban domains such as water, waste management and mobility, there is a need for an independent regulatory body that can determine service levels and minimum prices to meet the operations and management expenses. In a case where the state takes a populist decision to not impose the charges determined by the regulator, then the deficient charges should be funded by the state, thus ensuring the financial independence of the city.

The city administration must also take steps to reduce pilferage in utilities (non-revenue water accounts for 50% of water production) by ensuring 100% working meters (70% of leakages are due to malfunctioning meters), and only then make technology investments.

Collaborate with the private sector and improve the resolution of disputes

While citizen engagement has rightly been made an integral part of the smart city programme, transparent avenues must also be provided for the private sector to provide feedback on key projects that cities plan to undertake. The early involvement of both the private sector and citizens will reduce the risks such as community risk (acceptance from local population) and scope risk (change, creep or cancellation of scope).

Ambiguity in project scope could lead to contractual disputes and India ranks 178th (out of 189) on dispute resolution. India might consider establishing special courts to expedite issues with strategic infrastructure projects, promote an alternate dispute resolution mechanism, and introduce an electronic litigation system like Singapore and Korea (that streamlines litigation proceedings) to ensure that key projects are not stalled and their financially viability is sustained. 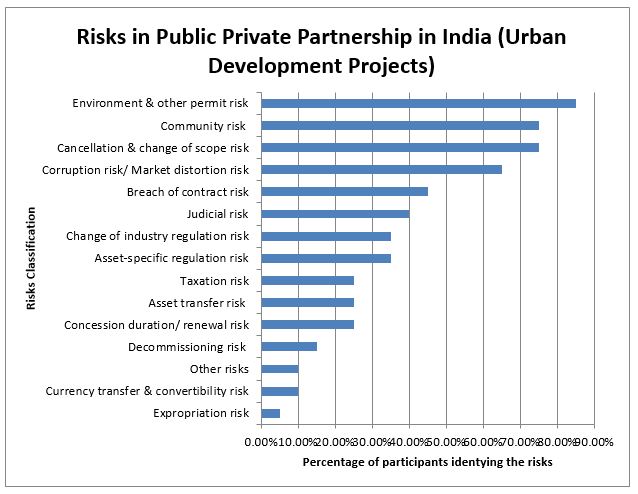 India ranks 183rd among 189 countries for obtaining construction permits, and the industry has often cited issues with environment compliance process. India’s three tier governance structure often involves liaising with multiple departments – which makes obtaining permits a lengthy process. With the Smart and AMRUT cities programmes only having an initial duration of four years, it is of utmost importance that projects are executed on time and bottlenecks in permit processes be removed.

India could consider adopting similar improvements to those introduced in Hong Kong SAR, China where 6 local departments and 2 private utilities were brought under one roof to establish a one-stop shop for building approvals. Further, India could consider adopting a risk based classification, whereby buildings which are low risk go through an accelerated process, similar to that in Singapore.

Since the Government of India launched its urbanization programmes, in particular the Smart Cities programme, India has witnessed euphoria around technology solutions for cities – which are being proposed as a panacea to all problems. However, India needs to first prioritize reforming its governance practices, otherwise technology investments could be futile.

Image: Vehicles jam the road after a flyover was briefly closed to vehicular traffic for precautionary measures following an earthquake in Srinagar October 26, 2015. REUTERS/Danish Ismail

Habitat for Humanity's CEO shares how reinventing affordable housing can help bridge some of the world's biggest health and wealth disparities.

Indonesia's capital has just been relocated from Jakarta to a site within the jungle of Kalimantan on Borneo island after parliament approved the bill.

A guide to decarbonizing the built environment

Inclusion, walkability will be key to rebuilding cities after the COVID-19 pandemic