How do economies recover after terrorist attacks?

This article is published in collaboration with Washington Post.

If there is any good news for France after the horrific violence in Paris on Friday, it’s that terrorists generally aren’t able to destroy the economies of the countries where they strike. People can soon get back to doing business after attacks like this one. The purely economic consequences of recent terrorism have been limited and temporary.

Several researchers at universities and in the private sector have tried to quantify the costs of the terrorist attacks in the United States on Sept. 11, 2001. Their estimates range from about $50 billion to $100 billion, less than 1 percent of the total U.S. economy. 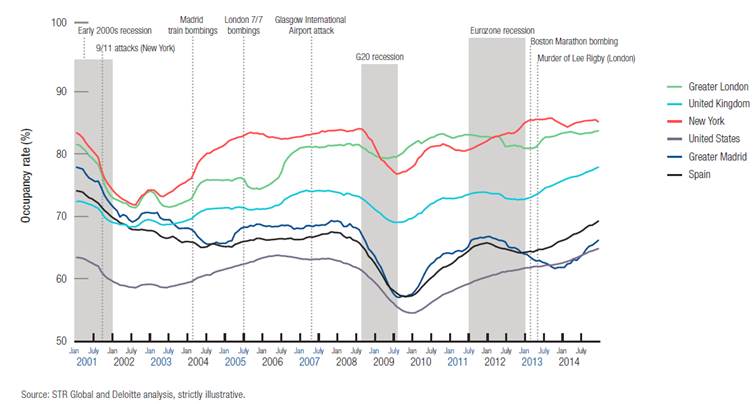 “New York and the nation were highly resilient,” said Adam Rose, an economist at the University of Southern California.

The New York City comptroller put the immediate damage at $21.8 billion in New York, including the destruction of buildings, infrastructure and property and the costs of medical care. The income that those killed in the attack would have brought to the city in the remainder of their careers, had they survived, totaled another $8.7 billion.

The attacks were also costly for specific sectors of the economy. The unexpected claims on insurance companies were largely absorbed by reinsurance firms, such as Swiss Re, which put the total cost to the industry between $30 billion and $58 billion. Following the attacks, insurers generally stopped offering policies that covered losses due to terrorism, and these days, the costs of insuring against terrorism are subsidized by the federal government.

The economy, though, recovered quickly from these immediate costs. Afederal report estimated that the rate of economic growth was half a percentage point lower in 2001 than it would have been had the attacks been foiled, and 598,000 more people were out of work. Businesses adopted a “wait-and-see” attitude, putting off new hiring and investment until after the ramifications of the attack became clear.

They made up for lost time the next year, though, aided by the economy’s overall recovery from a recession that had begun before the terrorist attacks when the price of technology stocks collapsed.

In the long term, the Bush administration’s responses to the attacks — increased security at home and the invasions of Afghanistan and Iraq — were far costlier in an economic sense than the attacks themselves, Rose and his colleagues have found.

The attacks on New York City and the Pentagon are also likely to be costlier than last week’s attacks in Paris. Nearly 3,000 died on Sept. 11, 2001, while the toll of Friday’s assault in Paris is currently 129.

The terrorists in Paris did not manage to destroy skyscrapers or passenger jets. Their strategy was a contrast with the attacks on the World Trade Center, which were calculated to cause economic harm, said Walter Enders, an economist who recently retired from the University of Alabama.

Rose speculated that fewer tourists might travel to Paris over the next several months. After terrorist attacks on the Indonesian island of Bali, the local economy contracted by an overwhelming 36 percent in nominal terms in one year, but Rose noted that Paris’s economy is more diversified.

“You’ve got an economy that’s just totally dependent on tourism,” Rose said of Bali. “Fear does have a cost.”

An attack more like the one in Paris on Friday occurred in Madrid in 2004, when terrorists bombed commuter trains, killing 191 people. Researchers at the Complutense University of Madrid concluded that the costs of that attack were equivalent to 0.03 percent of Spain’s economy.

This post has been expanded with comments from Adam Rose.

Image: A man walks past buildings at the central business district. REUTERS/Nicky Loh.