The 12 jobs most at risk of being replaced by robots

Forum in focus
A new alliance is ensuring responsible global AI, helping improve the lives of billions
Read more about this project

Panera has been implementing technology like touch-screen ordering stations for customers, which allow them to bypass interacting with any human workers while dining at the restaurant.

But robots and “smart” computers aren’t just threatening the jobs of Panera’s workers.

They could replace up to half the US workforce within the next decade or two, according to a Bloomberg report published last year.

The report cites an Oxford University study that identified more than 700 occupations at risk of computer automation.

Here are the jobs that are most at risk, based on the study. 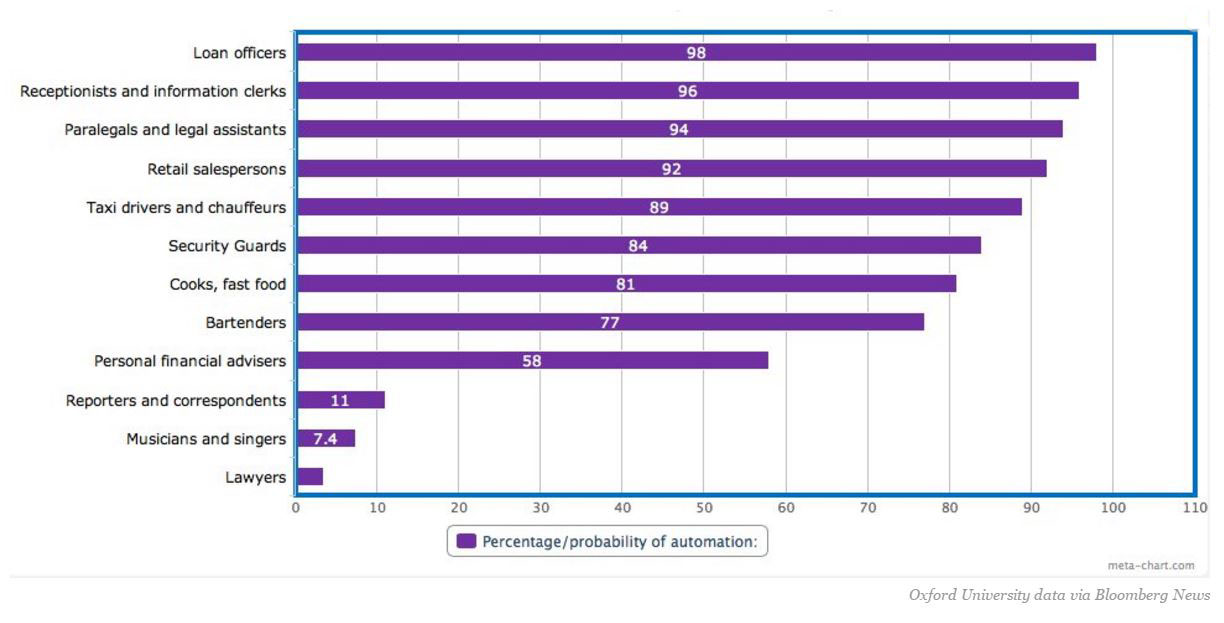 Robots could become more prevalent in retail in particular with the industry facing a labor shortage and growing pressure to pay higher wages.

The number of open retail positions has been growing, while the industry’s labor pool has been shrinking, according to data from the job site Indeed.

Retail job openings posted on the website increased 26% to 530,477 in the 12 months ending in September.

But interest in those jobs — which Indeed measures by the number of clicks on the postings — has waned, dropping 9% overall.

Rather than replacing human roles, robots and AI are increasingly working alongside people, helping to deliver medicine and restoring coral reefs.