Which countries have had the most terrorist attacks?

Iraq, Afghanistan, Nigeria, Pakistan and Syria suffered the largest number of terrorist attacks in 2014, the worst ever year for terrorism.

According to the Global Terrorism Index 2015, published by the Institute for Economics & Peace, these five countries were victims of 78% of all attacks last year.

The index ranks countries against terrorism statistics, and analyses the causes and economic impact of terrorism.

The table below shows the 39 countries which saw the greatest number of attacks, and their index ranking calculated against severity and frequency of attacks. 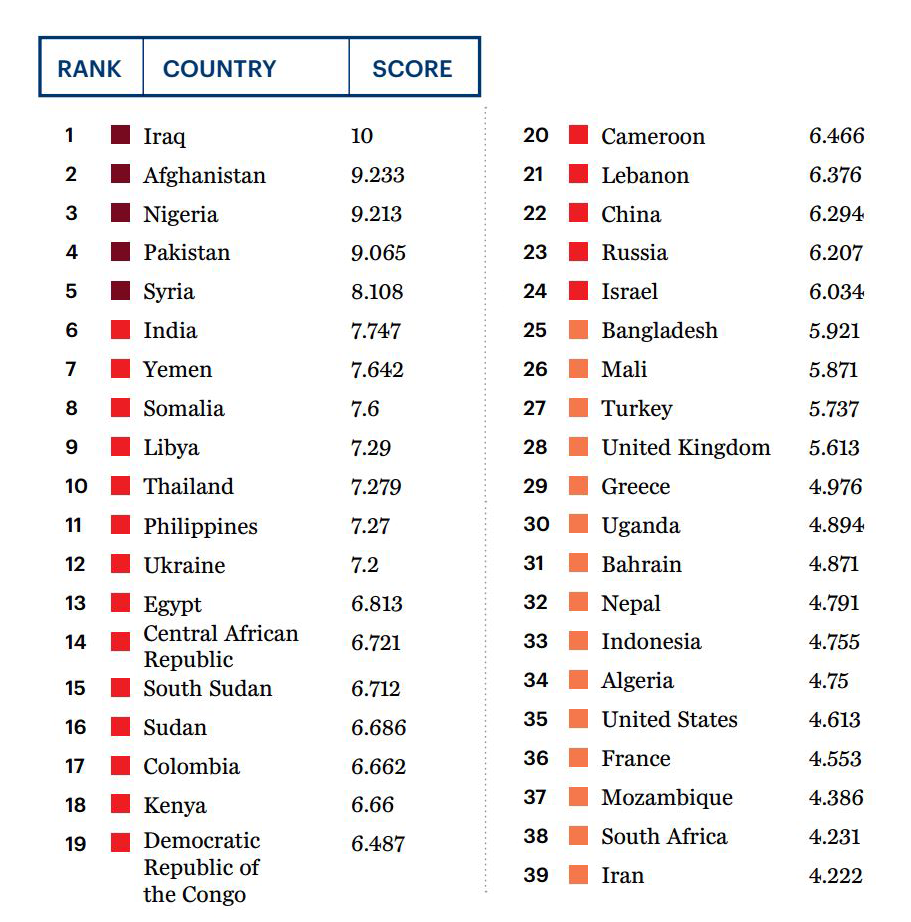 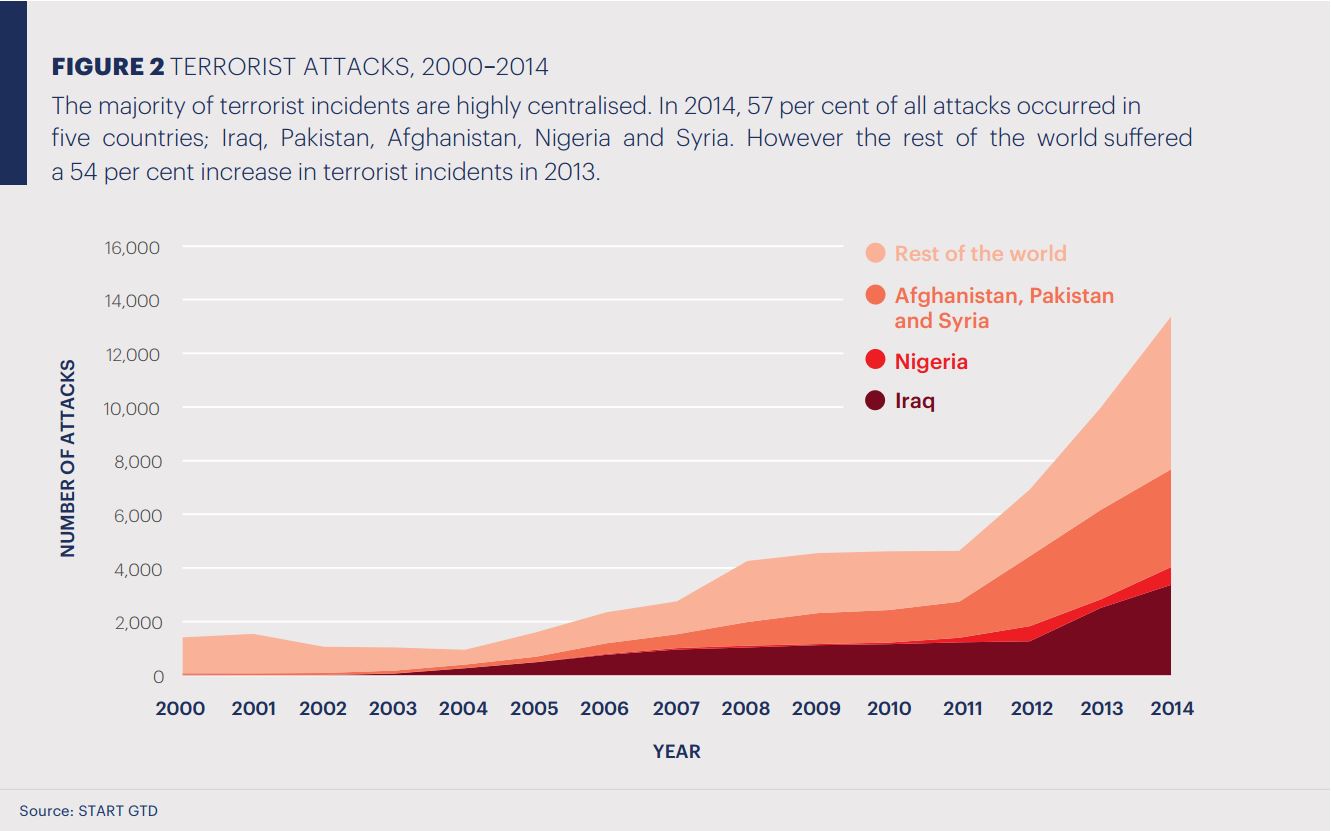 Have you read?
War is killing fewer people than ever before
Can tourist spots bounce back from terrorism?
How can we address violent extremism?

Author: Mike Hanley is the Head of Digital Communications at the World Economic Forum

Image: A shoe is seen at the scene of a bombing inside the al-Balili mosque after two bombings hit the mosque in Yemen’s capital Sanaa September 24, 2015. REUTERS/Khaled Abdullah