Cities in East Asia are becoming more crowded, but in many of China’s urban centres population density is actually decreasing.

The World Bank estimates that by 2030, a billion people will be living in Chinese cities and that China’s urban population grew by over 130 million people from 2000-2010. So how is this declining density possible?

The answer lies, according to Pew Research Center, in the Chinese building boom. Spurred on by government incentives and relatively low costs, China added 23,700 sq km of urban land in the 10 years to 2010. By comparison, the rest of East Asia combined only added 4,800 sq. km.

The World Bank highlights the trend using satellite images and census data to calculate urban densities. A map by Pew reveals the extent to which China is bucking the regional trend, showing the percentage change in population density from 2000-2010 in urban areas with a population in excess of 100,000. 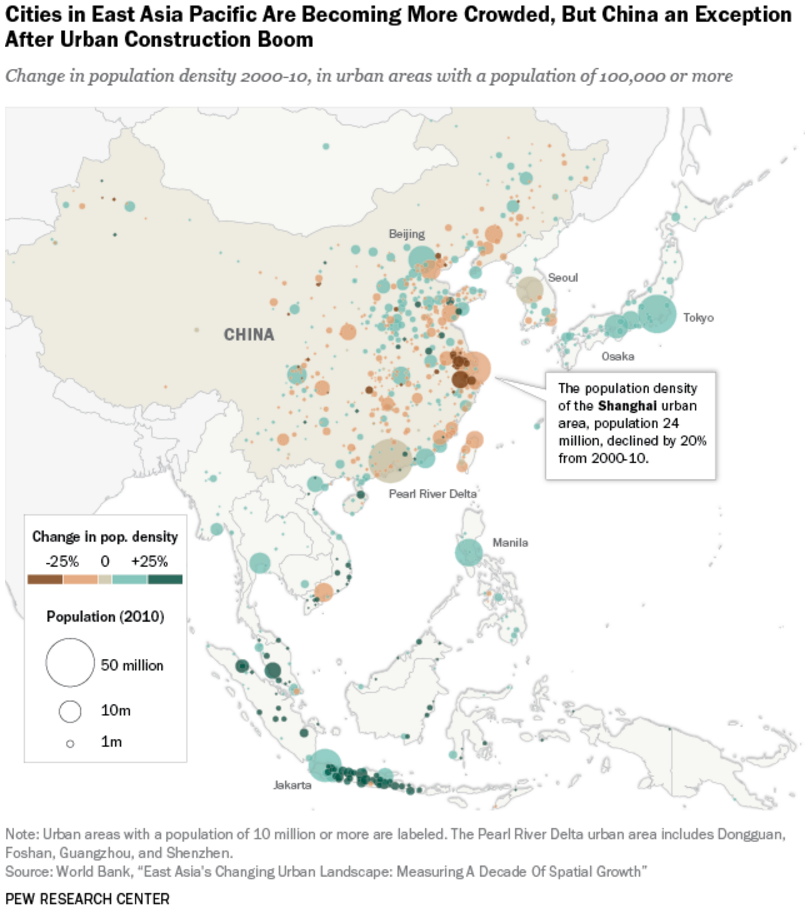 As the map shows, the decline in population density is an almost exclusively Chinese trend in East Asia, with other areas of the region experiencing significant increases.

The World Bank report also highlights that more than 50 Chinese urban areas expanded despite population decline. This is partly what is causing Chinese “ghost cities“, a phenomenon that has been widely reported in media around the world. These cities are famous for looking almost entirely deserted, but with a highly developed level of infrastructure – from empty shopping malls and skyscrapers through to unused transport links. The following graphic from The Washington Post shows the number of vacant housing districts in nine Chinese cities. 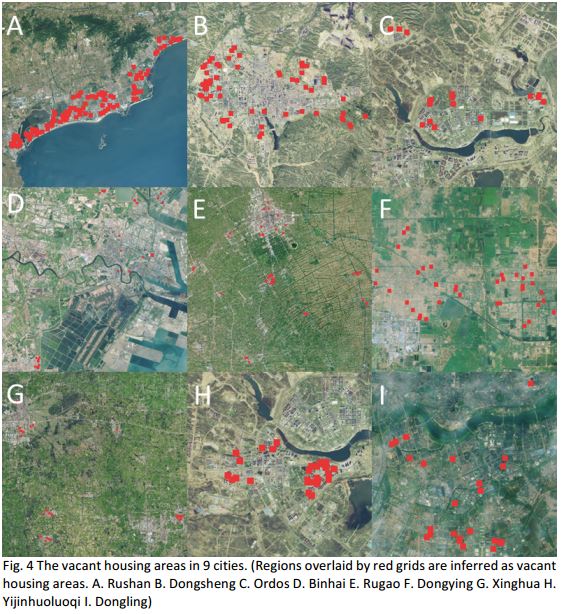 According to Forbes, it is entirely possible that if the rate of urbanisation continues these ghost cities will soon be inhabited. However, for the time being, they remain empty.

Image: A man wearing a face mask stands on a bridge in front of the financial district of Pudong on a hazy day, in Shanghai November 17, 2014. REUTERS/Aly Song

Interviews with Young Global Leaders indicate a common thread – a high commitment to equity, diversity and inclusion to meet needs of many, not few.