16 photos that capture the devastation of the refugee crisis

They say a picture paints a thousand words. Never has that been truer than with this year’s immigration crisis. The numbers are so large – over 4 million Syrians are now registered as refugees – that at some point they lose any meaning. But behind those numbers are lives, families, hopes. And sometimes it takes a picture to remind us of that.

In a year of despair – when the body of a Syrian toddler washed up on Turkey’s shores – and glimmers of hope, such as Germany’s announcement that it would welcome hundreds and thousands of asylum seekers, these pictures capture the human face of a tragedy that is still unfolding.

A crisis in pictures

In a rush to beat the onset of the cold weather, thousands of refugees from Syria and beyond made the often perilous trip to Europe this summer. They walked for days on end, piled into dangerously overcrowded rubber dinghies, and paid large amounts of money to smugglers. The majority of those fleeing (54%) were under the age of 18. 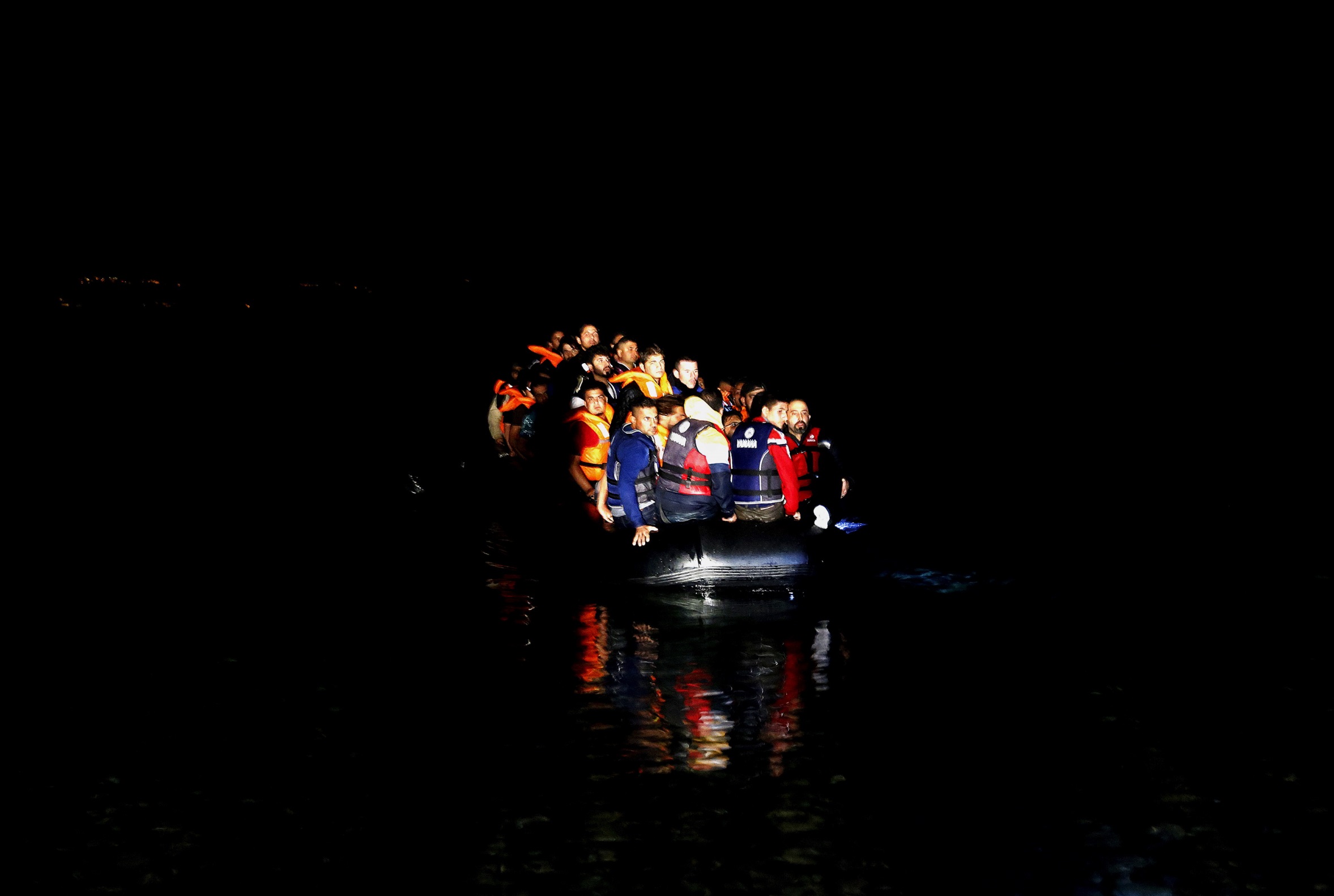 A dinghy overcrowded by migrants and refugees arrives at a beach on the Greek island of Lesbos. REUTERS/Yannis Behrakis 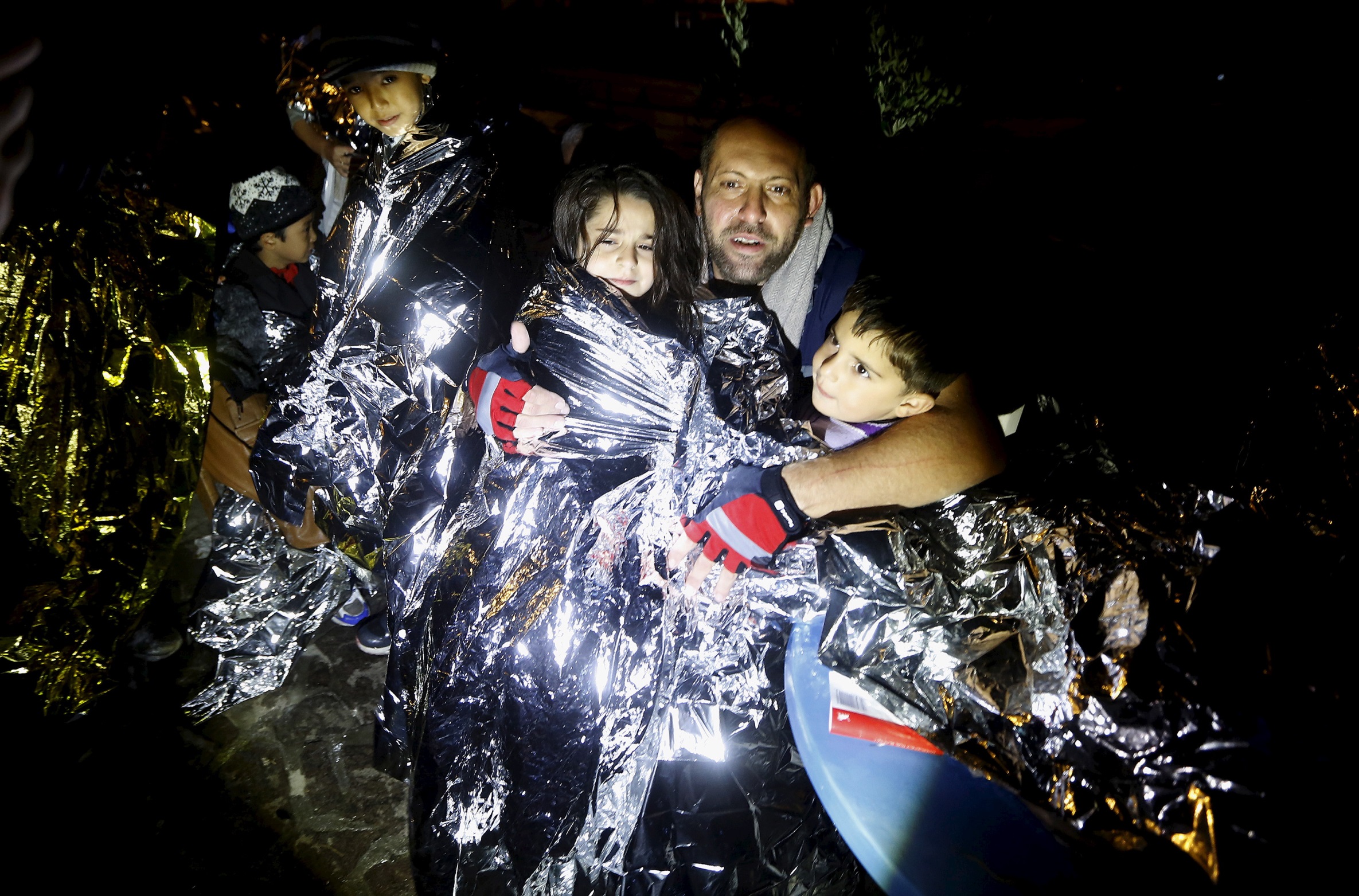 A Syrian refugee tries to keep his children warm after being rescued by Greek fishermen on the Greek island of Lesbos. REUTERS/Yannis Behrakis A Syrian refugee kisses his daughter as he walks through a rainstorm towards Greece’s border with Macedonia, near the Greek village of Idomeni. REUTERS/Yannis Behrakis Four-year-old Rashida from Kobani, Syria, part of a group of more than a thousand immigrants, sleeps as they wait at border of Macedonia and Greece to enter into Macedonia near Gevgelija railway station. REUTERS/Ognen Teofilovski 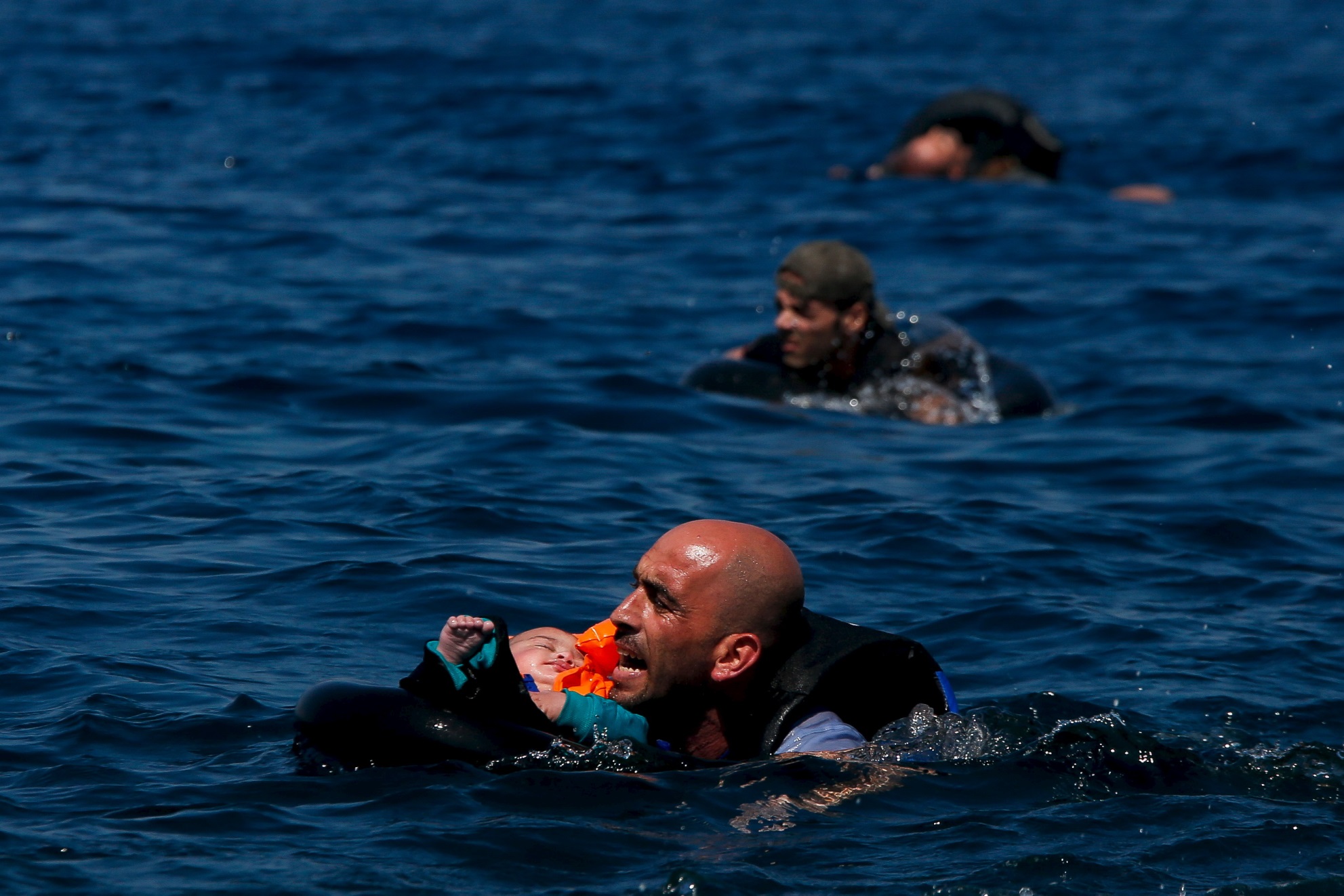 A Syrian refugee holding a baby in a lifetube swims towards the shore after their dinghy deflated some 100m away before reaching the Greek island of Lesbos. REUTERS/Alkis Konstantinidis Syrian migrants cross under a fence into Hungary at the border with Serbia, near Roszke. REUTERS/Bernardett Szabo 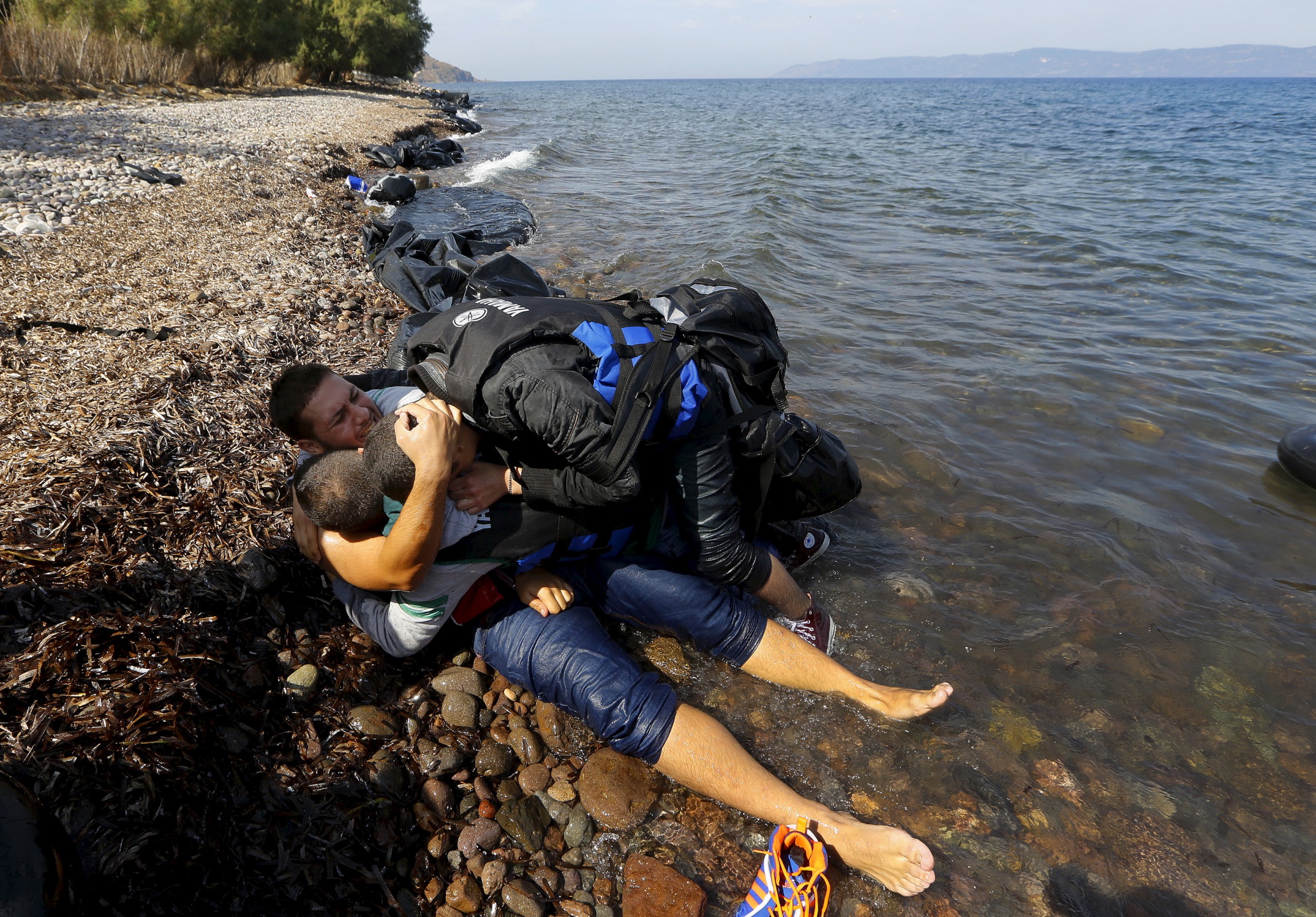 Young Syrian refugees react after disembarking from an overcrowded dinghy upon arriving at a beach on the Greek island of Lesbos, after crossing a part of the Aegean Sea from the Turkish coast. REUTERS/Yannis Behrakis

By the end of summer, record numbers of migrants had reached Europe. Unable to cope with the influx, some countries responded by attempting to close their borders. Migrants and refugees beg Macedonian policemen to allow passage to cross the border from Greece into Macedonia during a rainstorm, near the Greek village of Idomeni. REUTERS/Yannis Behrakis A mounted policeman leads a group of migrants near Dobova, Slovenia. REUTERS/Srdjan Zivulovic 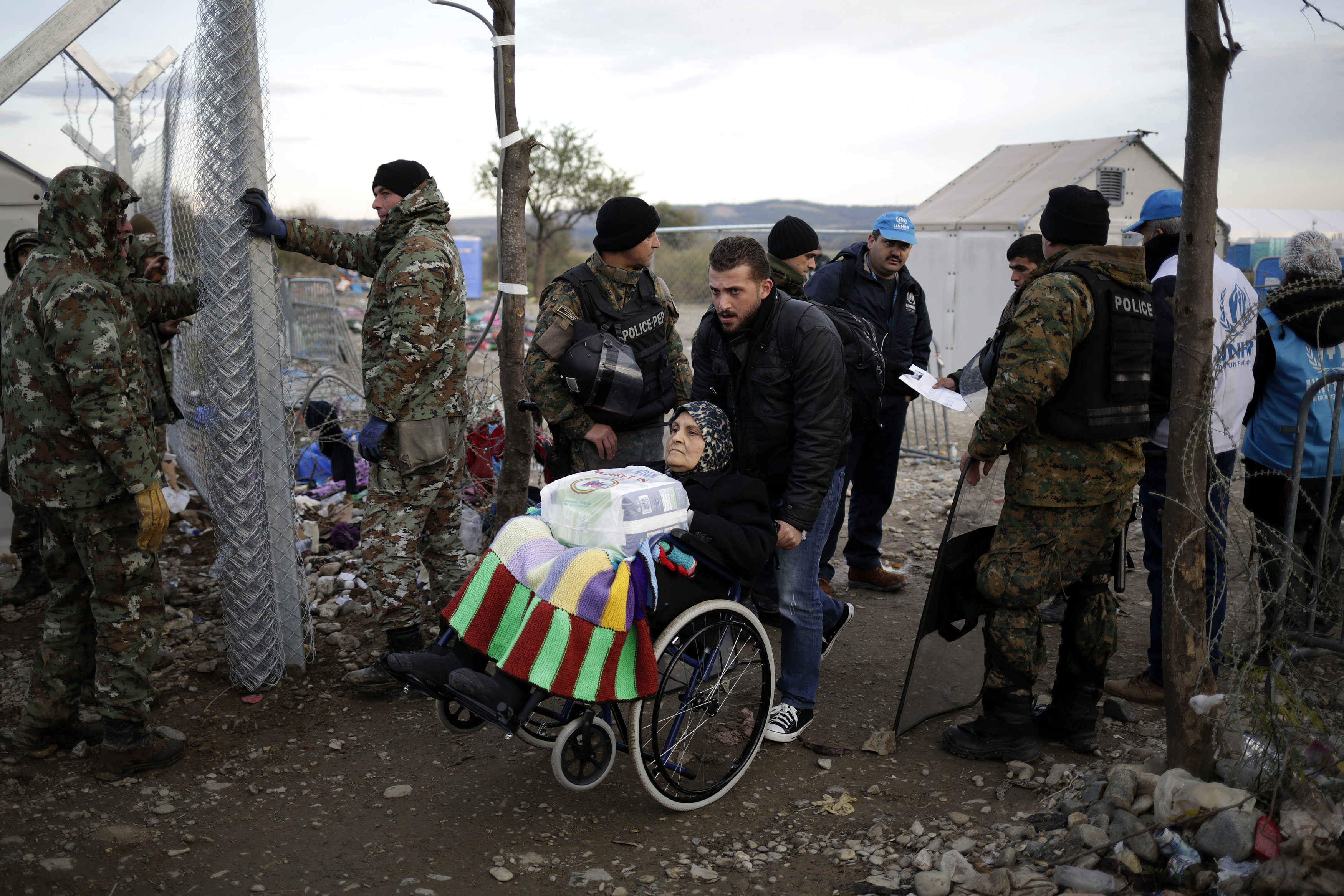 An elderly migrant in a wheelchair crosses the Macedonian-Greek border near Gevgelija, Macedonia. Soldiers drove metal poles into the ground to keep out the hundreds of thousands of migrants who have crossed the Balkans this year. REUTERS/Stoyan Nenov

In contrast to the response from some governments, many people showed their support for refugees. The highly publicized death of a three-year-old Syrian boy, Aylan Kurdi, amplifies these sentiments. 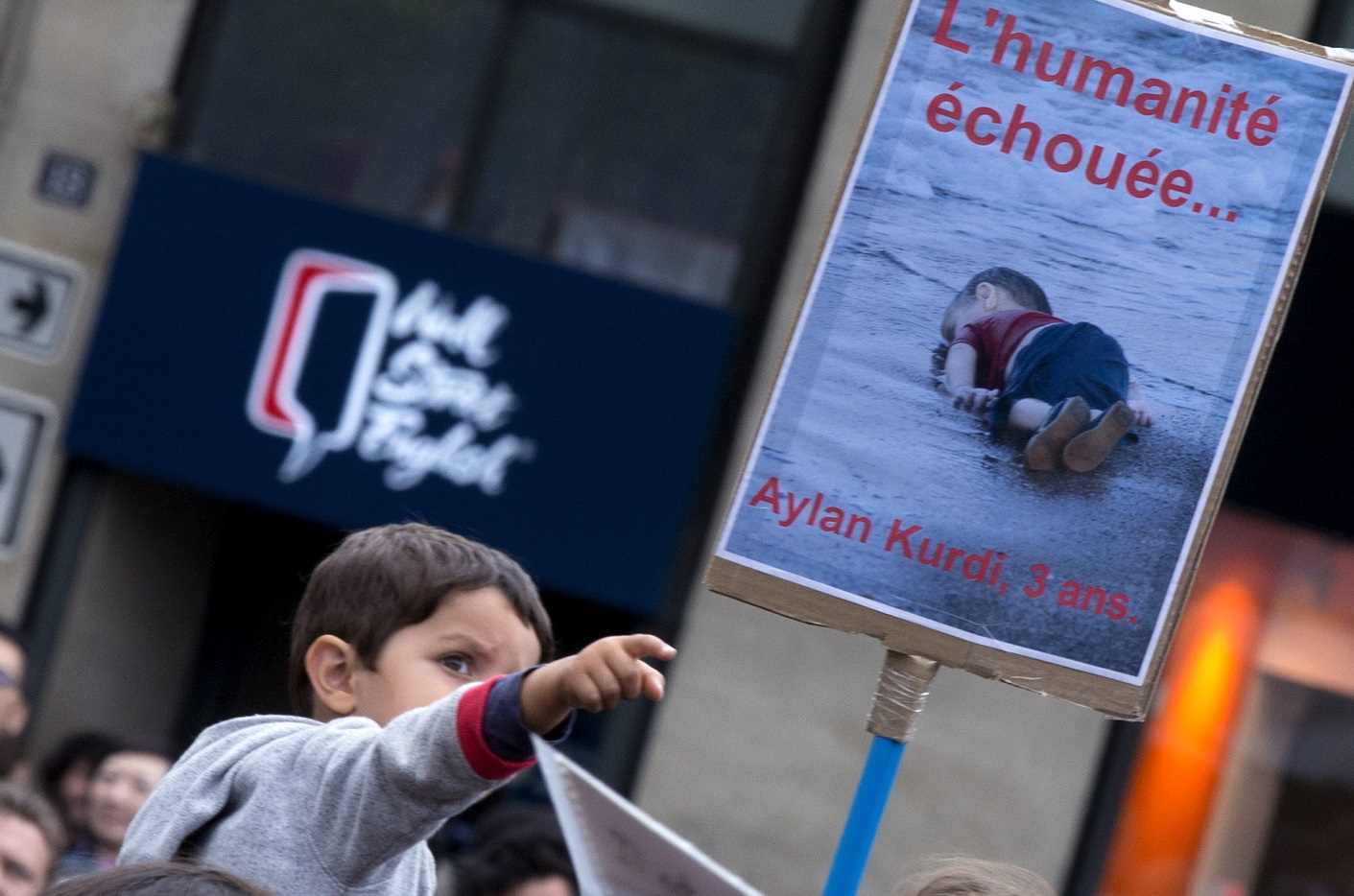 A young boy points at the picture of Aylan, a Syrian toddler whose body washed up on a Turkish beach, during a demonstration asking for a change in the refugee policy in Europe on the Republique square in Paris, France. REUTERS/Philippe Wojazer Volunteers give water and toys to an exhausted Syrian refugee child soon after he and his family arrived on the Greek island of Lesbos in an overcrowded dinghy after crossing a part of the Aegean Sea from the Turkish coast. REUTERS/Yannis Behrakis A volunteer lifeguard carries a baby as a half-sunken catamaran carrying around 150 refugees, most of them Syrians, arrives after crossing part of the Aegean sea from Turkey on the Greek island of Lesbos. REUTERS/Giorgos Moutafis 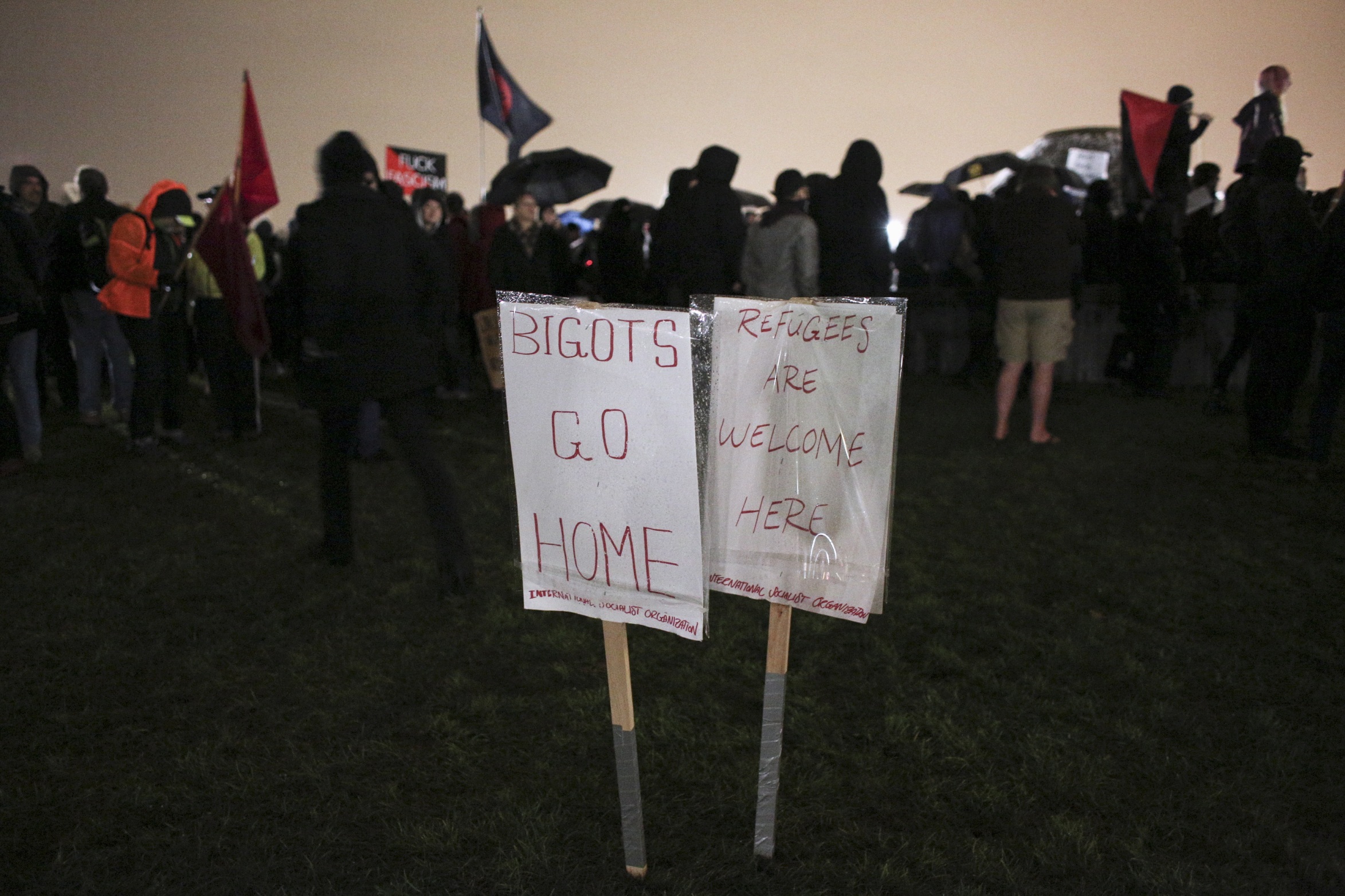 A sign welcomes refugees while anti-racist and anti-fascist protesters gather in response to a rumored demonstration by the Northwest Hammerskins, a skinhead group, in Seattle, Washington. REUTERS/David Ryder

While many of those fleeing will not have the chance to start a new life, others have been able to resettle or join family members in countries such as Canada, which has pledged to resettle 10,000 Syrian refugees by the end of the year. 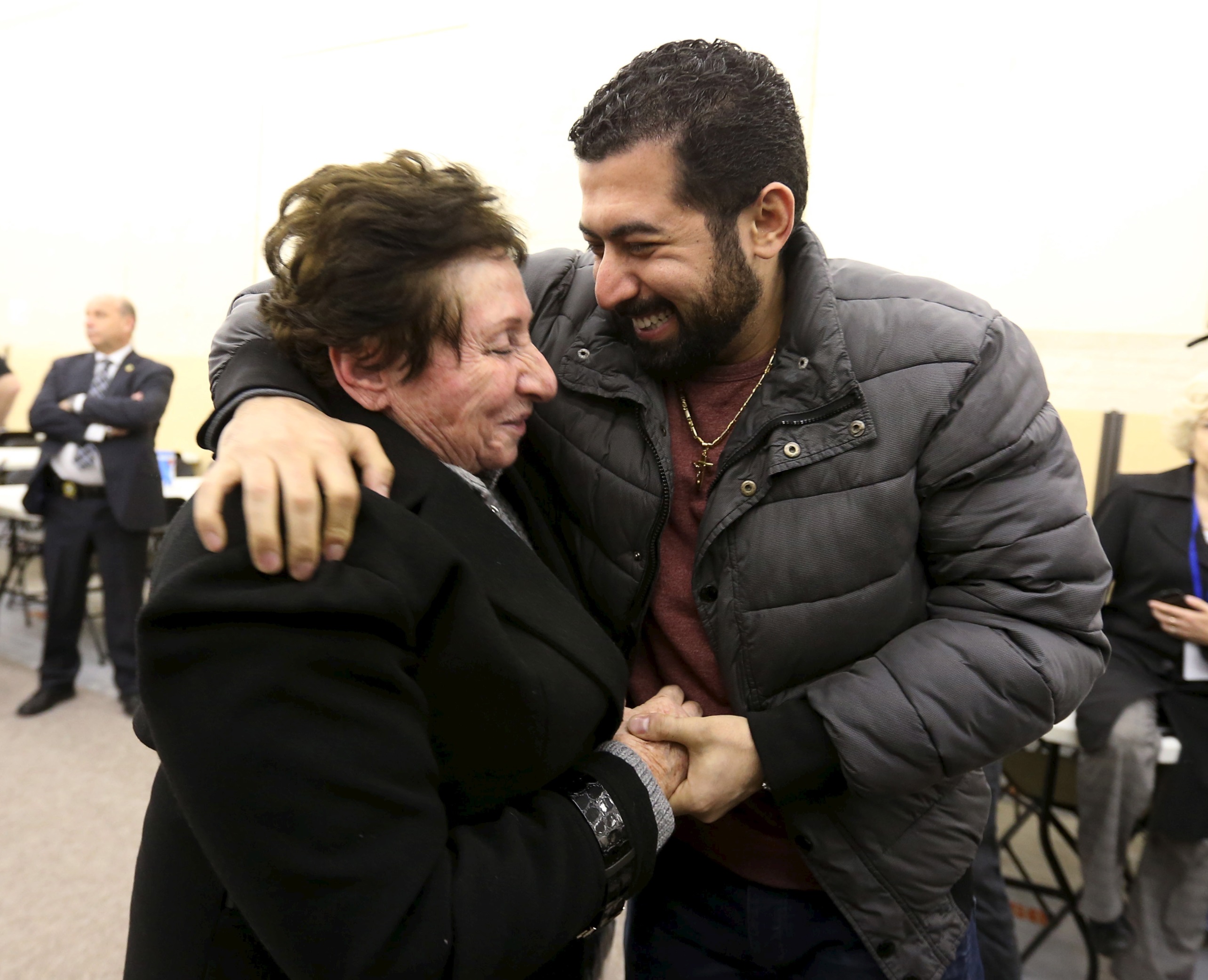 Anas Francis is reunited with his grandmother, Syrian refugee Laila Saeed, at the Welcome Centre in Montreal, Quebec. REUTERS/Christinne Muschi 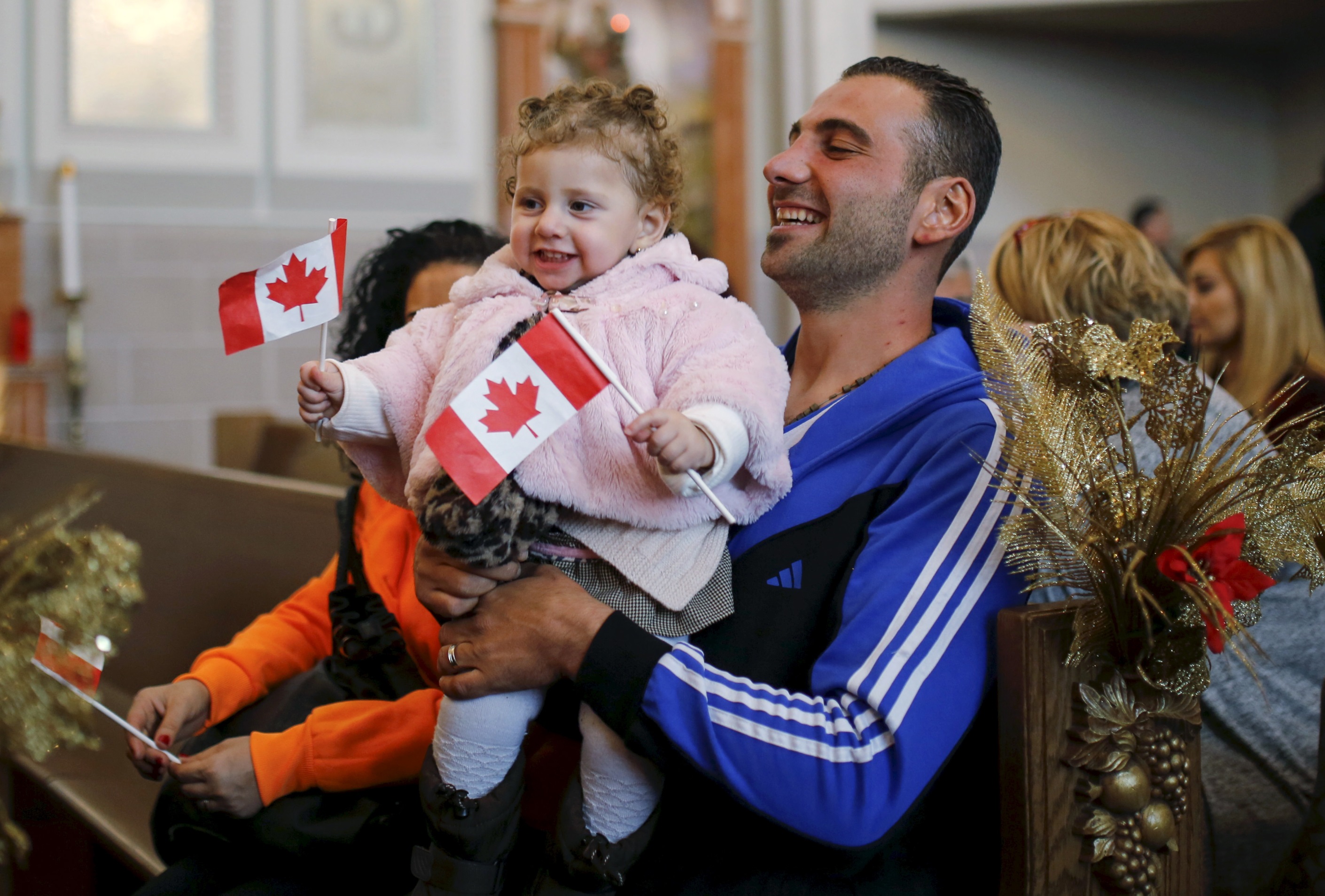 Have you read?
5 refugees who changed the world
4 myths about refugees – debunked
3 real stories from refugees

Image: Migrants walk towards a village after entering from Macedonia by foot in Miratovac, Serbia, October 24, 2015. REUTERS/Ognen Teofilovski

Colombia to give temporary protective status to Venezuelan migrants

In a joint statement with UN High Commissioner for Refugees, Colombia's President announced it will give temporary protective legal status to Venezuelan migrants.

These countries host the most refugees

The private sector can help light the way for forcibly displaced people. Here's how