Does being happy make you live longer?

If you’re feeling stressed and unhappy, the worry that such emotions are also bad for your health can be an added burden. But while misery is hardly a beneficial emotional state, a study published on Dec. 9 in The Lancet suggests you can at least take comfort that your unhappiness won’t actually kill you. 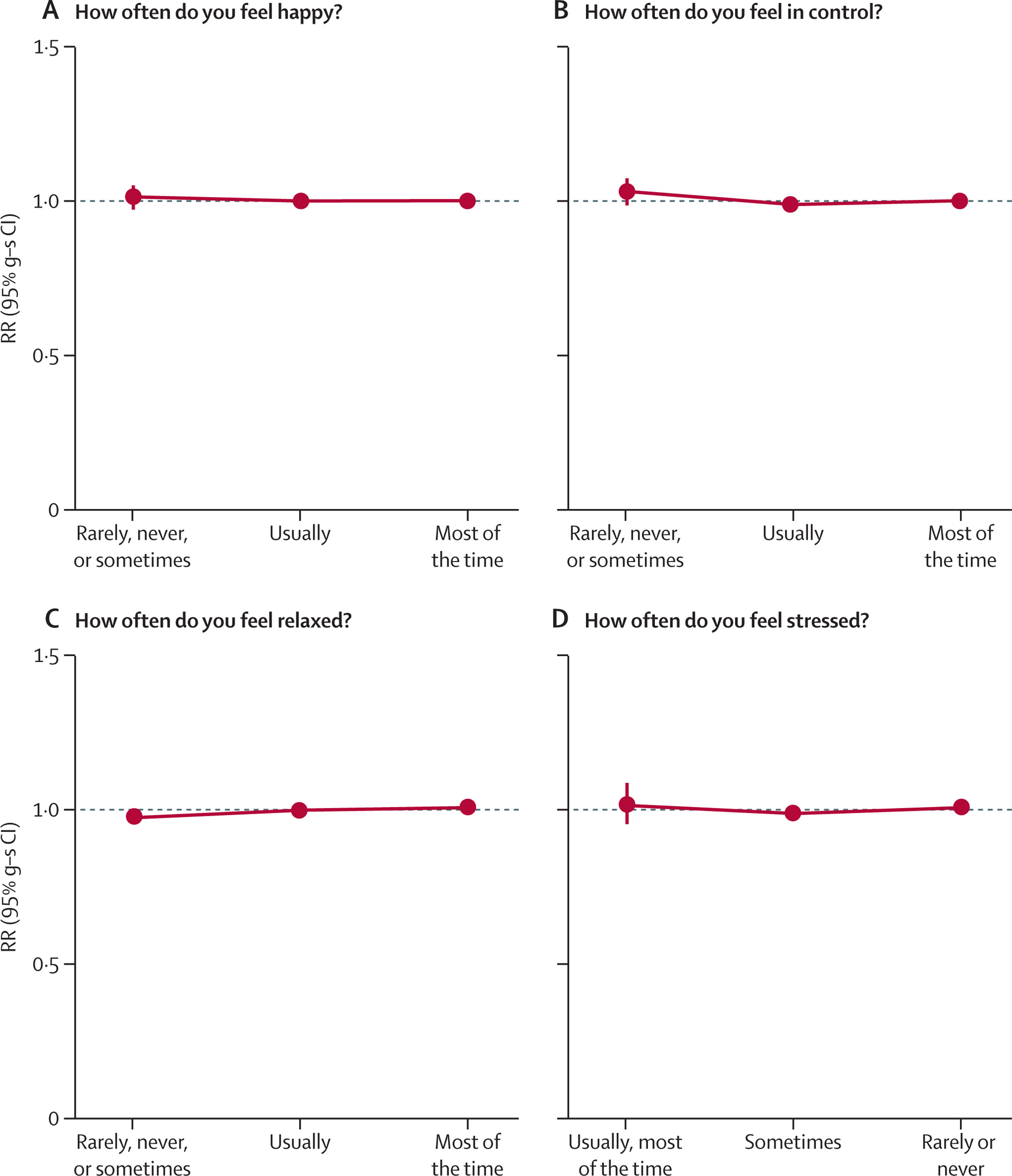 Researchers from Oxford University tracked the health and happiness over a 10-year period of 719,671 women aged 50 to 69 years old, who were recruited through the Million Women Study. Though illness made people miserable, unhappiness itself did not shorten life.

Co-author Sir Richard Peto, professor of medical statistics and epidemiology, said in a statement: “Many still believe that stress or unhappiness can directly cause disease, but they are simply confusing cause and effect. Of course people who are ill tend to be unhappier than those who are well, but the UK Million Women Study shows that happiness and unhappiness do not themselves have any direct effect on death rates.”

Participants in the study answered questionnaires every three to five years on how often they felt happy, in control, relaxed, and stressed. They were also asked to report on health disorders including diabetes, arthritis, depression, and anxiety; the researchers also monitored hospital admissions data and death records.
Over the course of the study, some 31,000 participants (4%) died. Subjects who were unhappy had the same overall death rate as those who were happy, after the researchers adjusted for pre-existing health conditions and lifestyle factors that affect mortality, such as smoking.
But while unhappiness alone won’t kill you, it can lead to harmful behavior, such as alcoholism, overeating, and self-harm.
Publication does not imply endorsement of views by the World Economic Forum.

Author: Olivia Goldhill is a Weekend Writer at Quartz.

Image: A stockbroker looks at stock index numbers on his computer screen at a brokerage firm in Mumbai August 6, 2007. REUTERS/Punit Paranjpe