The ongoing global economic slowdown, which began in 2008 with the financial crisis in the United States, could set a new endurance record. What is certain is that with growth stalling in Japan and slowing in China, and with Russia in deep crisis and the eurozone still barely recovering, the world economy is not yet out of the woods.

This “persistent recession,” as well as some of the world’s political conflicts, are manifestations of a deeper shift in the global economy – a shift driven by two kinds of innovations: labor-saving and labor-linking. 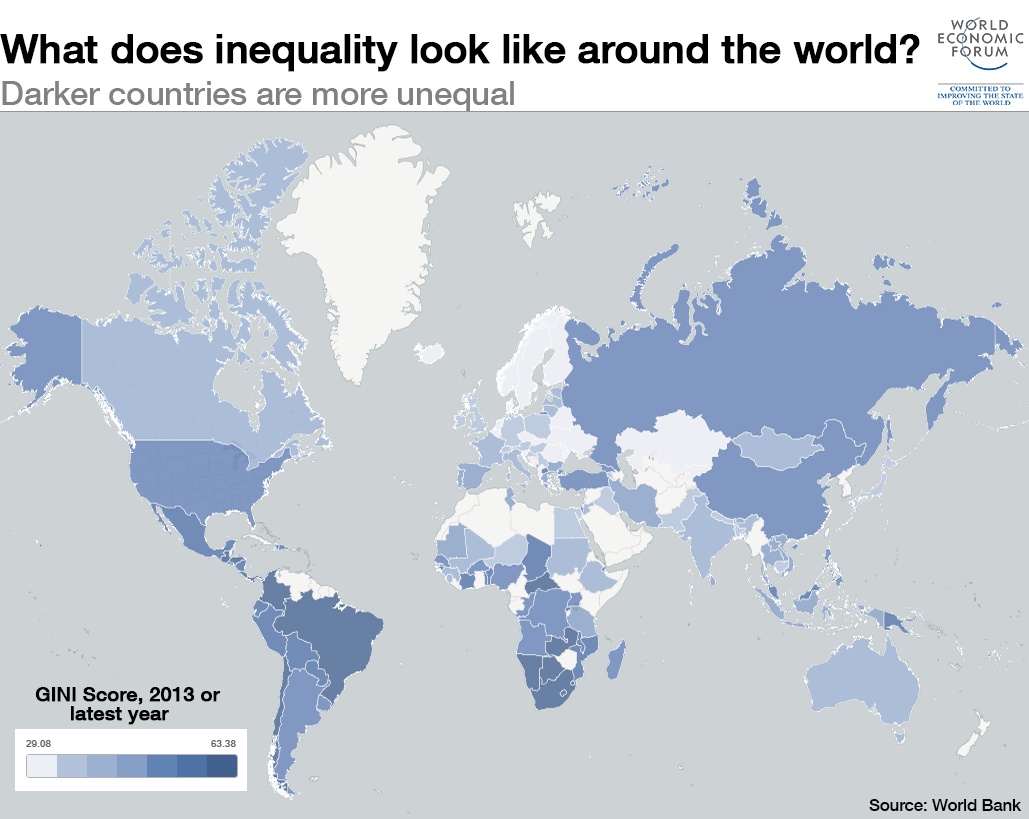 Although labor-saving innovation has been with us for a long time, the pace has picked up. Global sales of industrial robots, for example, reached 225,000 in 2014, up 27% year on year. More transformative, however, is the rise of “labor-linking” technology: digital innovations over the last three decades now enable people to work for employers and firms in different countries, without having to migrate.

For emerging economies, the challenge of labor-saving innovation is mitigated in the medium term by labor-linking technologies. Emerging economies with cheap labor that can organize themselves well enough to provide basic infrastructure and security can benefit greatly from this global structural change.

Chinese corporations feature prominently on the list. India’s information technology sector has taken off since the 1990s, lifting the entire economy’s growth rate. With business in 35 countries, Malaysia’s Petronas, founded in 1974, is now described as one of the new “seven sisters” – energy companies that dominate the global market.

To be sure, several emerging economies are beset by corruption and falling commodity prices; Brazil, where GDP is expected to contract by around 3% in 2015, is a prime example. Nonetheless, the only countries’ recording high rates of annual GDP growth are emerging economies, including Vietnam (6.5%), India, China, Bangladesh, and Rwanda (around 7%), and Ethiopia (over 9%).

What we are likely to see in 2016 and beyond is disparate performance, with emerging economies that are able to adapt to the new world forging ahead. Even while this happens, high- and middle-income countries will come under strain, as their workers compete for jobs in the globalized labor market. Their income disparities will tend to rise, as will the frequency and intensity of political conflict. To respond to this by blocking outsourcing, as some politicians propose, would be a mistake, for such countries’ higher production costs would cause them to be out-competed in global markets.

As the march of technology continues, these strains will eventually spread to the entire world, exacerbating global inequality – already intolerably high – as workers’ earnings diminish. As this happens, the challenge will be to ensure that all income growth does not end up with those who own the machines and the shares.

It is a challenge comparable to what the United Kingdom faced during the Industrial Revolution in the early nineteenth century. Until then, child labor was rampant and viewed as normal; workers routinely labored for 14 hours or more per day, with conservatives arguing that continuous toil helped build character (other people’s, needless to say). The activism of progressive groups, the writings of intellectuals, and the enormous effort that went into crafting the Factory Acts curtailed these abhorrent practices, enabling the UK to avert disaster and become a powerhouse of growth and development.

How dramatically our thinking has changed can be seen from archival records. In 1741, promoting his new roller spinning machine, John Wyatt pointed out how his innovation would enable factory owners to replace 30 adults with “ten infirm people or children.” The attorney general who granted the patent went further, noting that “even Children of five or six Years of age” could operate this machine.

The time has come for another round of intellectual and policy reform. One great injustice of our world is that the bulk of human inequality occurs at birth, with children born into destitute households facing malnutrition and stunting from the start, while a small number come into the world as heirs to large stores of accumulated wealth and income. As labor income is squeezed, this disparity will widen, causing a variety of economic and political crises.

Heading them off will require, above all, greater effort to spread education, build skills, and provide universal health care. Innovative thinking will be needed to achieve these goals. But we also need to think of new ways to bolster labor income.

One example is certain forms of profit sharing. If workers have a stake in their companies, technological innovations will not be a source of anxiety, because wage losses will be compensated by the rise in equity income.

Several economists and legal scholars – including Martin Weitzman, Richard Freeman, and Robert Hockett – have written on this subject. But, as with all innovations, a lot of research is needed to get it right. What we learned in 2015 is that we do not have the luxury of doing nothing.

Author: Kaushik Basu, Senior Vice President and Chief Economist of the World Bank, is Professor of Economics at Cornell University.

Image: A man types on a computer keyboard in this illustration file picture. REUTERS/Kacper Pempel.