Which are the world’s most prestigious universities?

Harvard is the most prestigious university in the world. Cambridge and Oxford are next in line, with MIT, Stanford and Berkeley completing the top six.

“No surprises there,” you might think – and you’d be right. According to the results of Times Higher Education‘s World Reputation Rankings, this sextet of universities has dominated the prestige rankings for five years.

While the top 100 of the rankings, which have now surveyed nearly 70,000 academics since their inception five years ago, does reveal some movers and shakers (click the link to see who did well, and who did not so well), the top six has never changed.

Sure, the order shifts a bit. This year, for example, Oxford and Cambridge both jumped up a couple of notches, pushing a couple of others down – but no-one can make the leap from eighth (Yale) or seventh (Princeton) to sixth.

These rankings are refreshingly simple in their methodology, based as they are on nothing more than subjective judgement – albeit the considered expert judgement of thousands of senior, published academics (arguably the people best placed to know the most about excellence in our universities).

THE, working with Elsevier, uses United Nations data to distribute the survey in a way that is representative of scholarly activity (here’s how it’s done), and yet the top six just can’t be shifted.

“There’s something really fascinating coming out of this research,” says THErankings editor, Phil Baty, of the results. “I think it’s a really interesting piece of social science, and what we are finding year on year is that this group of six tend to stand out well above the seventh and eighth place universities.”

Regardless of which universities claim a place in the top 10, any university that makes it into the World Reputation Rankings top 100 is excelling – they are, in effect, rated in the top 0.5 per cent of institutions worldwide, no mean feat. And they come from all over – take a look. 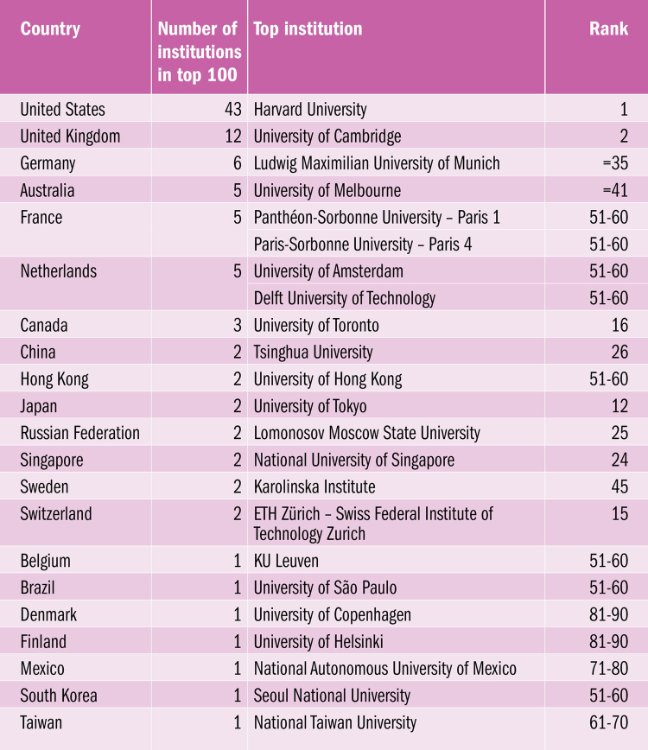 You can get more detailed analysis of the results here, but just a glance at this table shows the range of countries that now have at least one higher education institute of the highest calibre.

So – take a look at the top 100. Is your alma mater in there? Don’t worry if not – there are many ways to rate universities, and this is but one. However, if it is, you can be pretty sure that next time you’re in the presence of a top academic, they’ll know about your university, and they’ll probably be suitably impressed.

COVID-19 pandemic has resulted in worldwide school closures and children falling behind. Digital learning has proven to be an essential tool in education.