This is how the world views the U.S. and China

The U.S. is viewed more positively than China in the rest of the world by a margin of 69% to 55%, according to the PEW Research Center’s Spring Survey, which portrays sharp regional differences in attitudes towards the two across human rights, economic leadership, and military power. 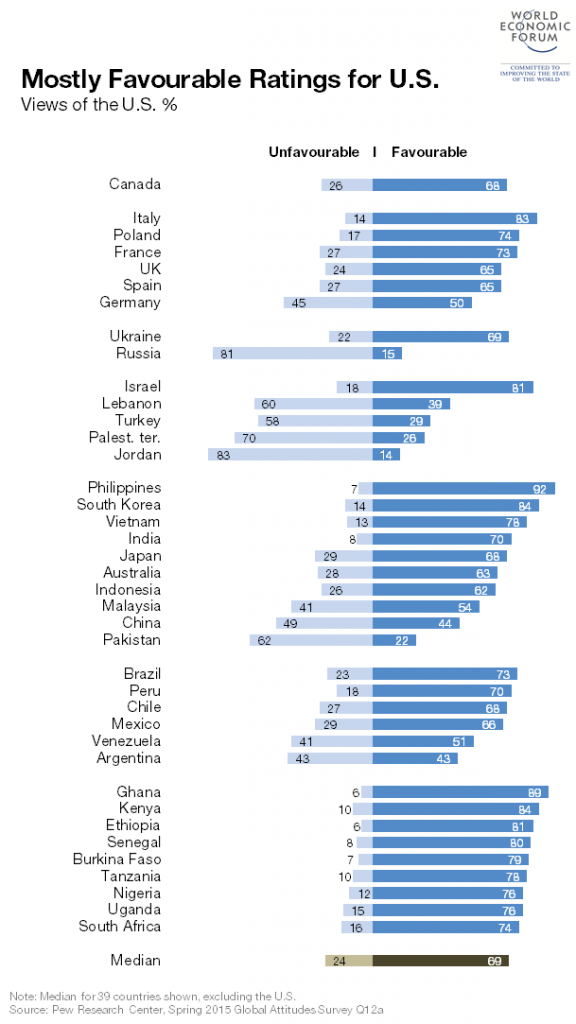 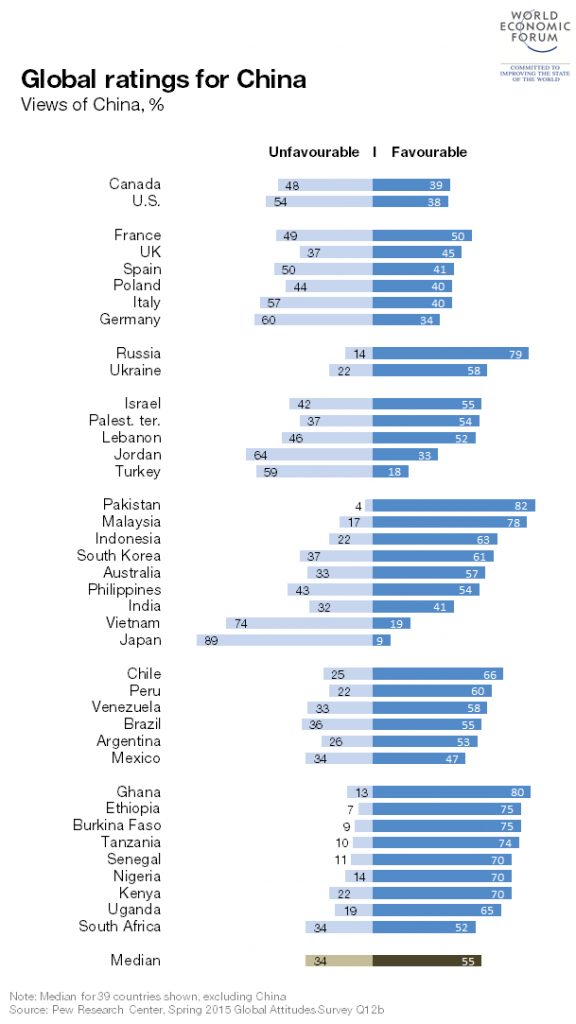 7 findings on global perceptions of the U.S. and China

1. The image of the U.S. has suffered in Europe and elsewhere as a reaction to revelations about the use of torture in post-9/11 interrogations and America’s surveillance programmes.

2. There is strong support for the U.S. military campaign against ISIS including from some Middle Eastern nations where U.S. foreign policy has been unpopular. The strongest opposition is in Russia.

3. The U.S. scores well on respect for the liberties of its own citizens. But support has fallen in Western Europe following revelations of the National Security Agency’s surveillance.

4. The U.S. is still seen as the leading economic power but most people believe that China either will eventually replace it or already has.

5. U.S. efforts to “pivot” to Asia are popular with citizens in nations involved in negotiations on the Trans-Pacific Partnership trade and investment treaty. Americans are among the least supportive.

6. A majority of the nations involved think American plans to rebalance military resources to Asia-Pacific are a good idea because it would help maintain peace in the region.

7. China gets poor ratings for respecting the personal freedoms of its people with the most negative views coming from people in the EU and North America. Africans are most likely to be positive.

Image: A U.S. military honor guard carries the flags of both the United States and the People’s Republic of China before U.S. Secretary of Defense Ash Carter welcomes China’s Vice-Chairman of the Central Military Commission General Fan Changlong (not pictured) at the Pentagon in Washington June 11, 2015. REUTERS/Gary Cameron

The majority of countries in IMF's Global House Price Index saw a rise in house prices over the pandemic. These prices have continued to soar recently.

Governments across the world are moving to regulate online platforms. This will ultimately require a paradigm shift towards a culture of responsibility.