What is the average wage around the world?

Figures from the Organization for Economic Cooperation and Development (OECD) highlight significant differences in the average wage across its member nations in developed economies.

The United States comes out on top at more than $56,000 per year with Luxembourg a close second, at 2013 purchasing power parity rates (which adjust for exchange rate anomalies.)

Switzerland, Australia and Norway all have average wages above $50,000. 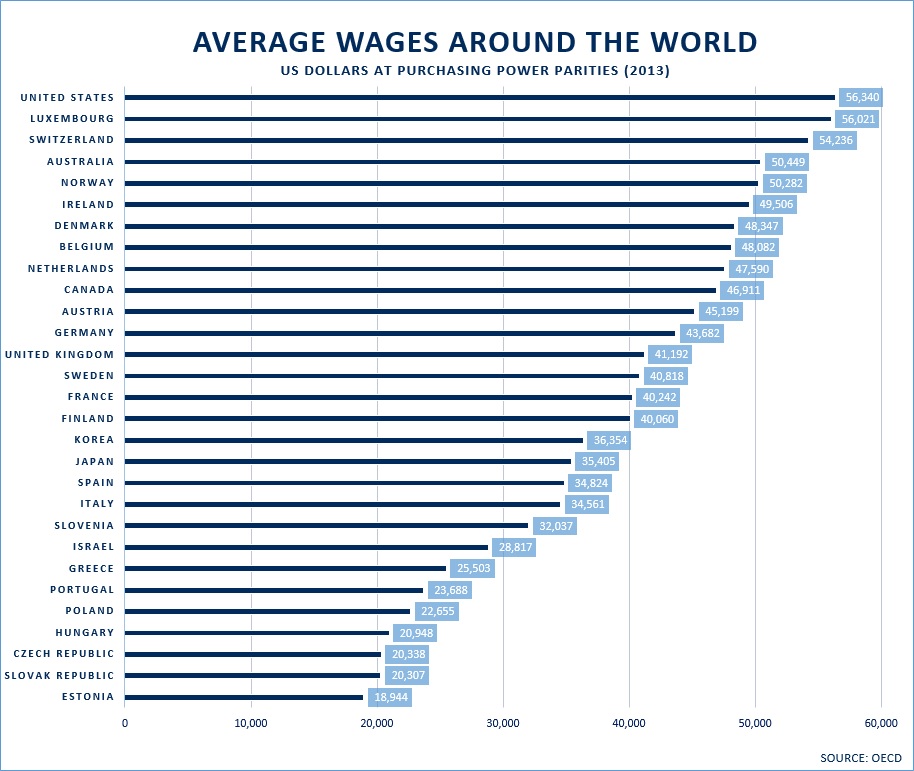 And while EU membership may have brought many benefits to Eastern European nations, they still dominate the bottom of the list with the Slovak and the Czech Republics sitting just above Estonia, where the average wage stands at a little under $19,000.

However that figure is still higher than the overall average salary when all of the world’s countries are taken into account, which the International Labour Organisation has calculated to be $17,760.

Image: A man using his mobile phone stands near a glass window at a building at a Tokyo’s business district. REUTERS/Yuya Shino