Why do stock prices crash?

A study by B. Korcan Ak and Richard Sloan of the University of California at Berkeley and Steve Rossi and Scott Tracy of RS Investments analyzed stock data to try to determine what kinds of events and firm characteristics are associated with stock crashes.

The researchers came up with three statistical measures of stock price crashes, each of which captured a sudden drop in a company’s stock price in a given time period. The simplest of the measures was the worst daily return for the stock’s price in the given time period. The second measure flagged whether or not a stock’s return on a day was extremely below the average return for that stock. The third measure looked at the overall distribution of a stock’s daily returns and how far skewed to the downside that distribution was: A negatively-skewed return distribution is an indicator of one or more really bad days for a stock’s price.

Looking at stock return data for companies in the S&P US Broad Market Index for the four six-months periods ranging from July 2012 through June 2014, they identified 686 severe stock price crash events in which a company’s score on at least one of their three indicators was in the lowest-performing 5% among all stocks.

Ak and his colleagues then manually looked through media reports for each of those crashes to figure out what caused the crashes. They found that the vast majority of crashes came right after the release of earnings statements or earnings pre-statements. The next biggest cause was other firm announcements, which they noted mostly consisted of failed clinical trials for health care companies: 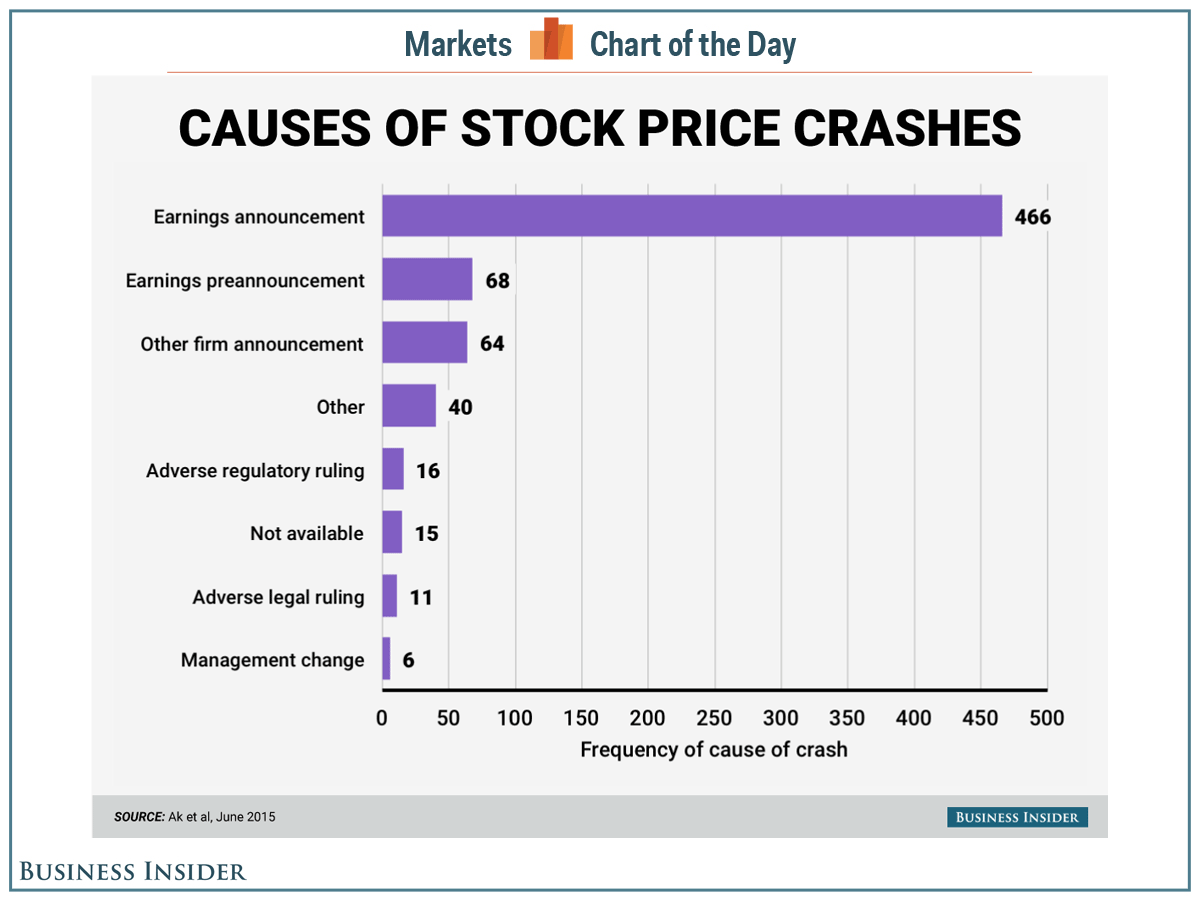 Image: A man walks past buildings at the central business district of Singapore.  REUTERS/Nicky Loh.

Tel Aviv is now the world’s most expensive city

An annual global survey reveals the most expensive cities in the world. Find out where the cost of living prices are soaring or falling.

These economies have the best ‘brand’

How can countries recover from COVID-19? Lessons from one African nation

This is how much house prices are outpacing rents across Europe