How Chinese media is going global

The news that Beijing had been chosen to host the Winter Olympics in 2022 was met with jubilation by the Chinese media, but also – as with any city selected to stage a major sporting event – an onslaught of questions and speculation around the industries and infrastructure China will have to develop over the next 7 years.

A previous Olympic host, China is no stranger to these questions. Nor is it unfamiliar with how to successfully build what’s required – and not just in the literal sense of the word. Seven years ago, as it prepared to host the Summer Games in Beijing, buildings were not the only component to the nation’s planning. Funding and development of the nation’s media industry also played a critical role in order to strengthen China’s global presence as it prepared to take the Olympic stage.

The industry’s development has continued since the 2008 games, and is likely to continue gaining prominence as the world watches and awaits the next Beijing Games. So who are China’s global media champions? What measures have been adopted to build up media influence? Are these measures effective? Here are five phenomena to be observed in Chinese media’s “go-global” campaign: 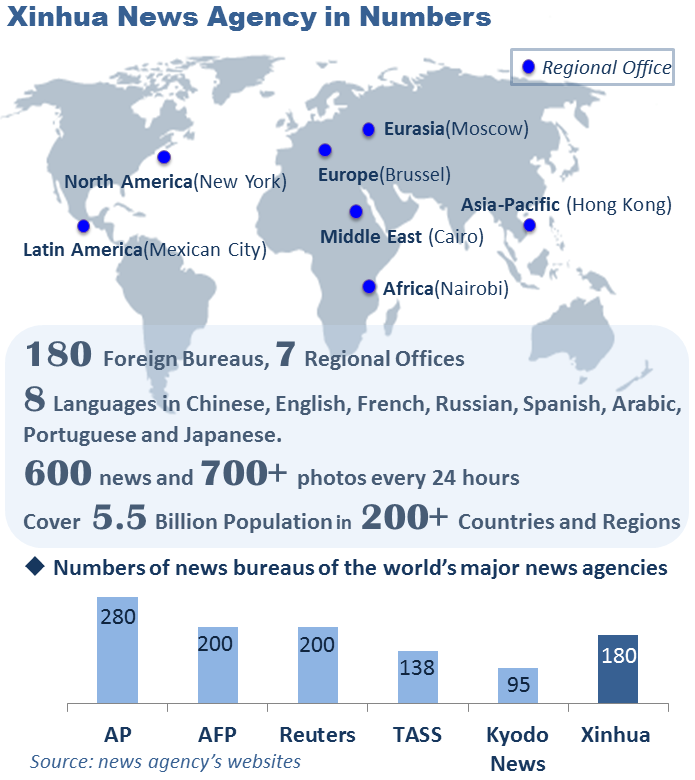 In this digital age, like many of its western counterparts, Chinese media are avid social media users. In January 2015, Xinhua News Agency relaunched its global social media platforms, after rebranding its Facebook, Twitter and YouTube accounts under the unified name “New China”, a literal translation of “Xinhua”. By this July, it has accumulated 1.5 million, 2.1 million and 58,000 followers respectively. On August 1, Xinhua also launched its Spanish accounts on these three social media platforms.

Meanwhile, China Daily, CCTV News, People’s Daily and Global Times (an English newspaper under the People’s Daily Group) are all active players on English social media. Their hourly updated content features not only Chinese stories, but also increasingly global news that appeals to a broader range of social media users.

The reporting field is widening as well as deepening. Chinese media are setting up regional news centres around the world in an attempt to provide diversified perspectives on local stories, voice Chinese viewpoints on international affairs, and foster understanding and cooperation with China. For example, CCTV Africa in Nairobi and CCTV America in Washington D.C. were established in 2012, and there are plans to launch CCTV Europe. China Daily now publishes 6 regional editions in Hong Kong, Asian, USA, African, European and Latin America.

Does the “BAT” (Baidu, Alibaba and Tencent) count as media? Of course, in the sense that they are all content producers, but more importantly, they are “super platform apps” which give people the opportunity to connect to further content. The globalization of BAT and other rising Chinese APPs are increasing non-Chinese users’ opportunity to acquire China-related information.

Tencent’s WeChat, which has about 1 billion total registered accounts worldwide, is available in more than 20 language versions covering more than 200 countries and regions. Alibaba’s Tmall is focusing on expanding abroad  according to its new CEO Daniel Zhang. Baidu’s search engine has been adapted to multiple local languages in a number of countries like Egypt, Thailand, Malaysia and Brazil, serving over 30 million overseas users every month. 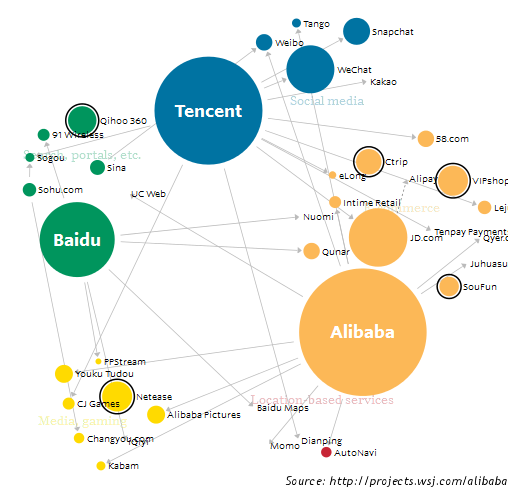 Image: Southern Weekly newspaper copies are left on display at a newsstand in the southern Chinese city of Guangzhou January 7, 2014. REUTERS/Tyrone Siu

Online harassment is a serious problem in America. This is where it’s happening

Social media sites are some of the most common places for online abuse, but it's also seen on messaging apps, gaming platforms, email and dating sites.

Social media platforms like TikTok are being used by medics to dispel false information about COVID-19, which could undermine the global pandemic response.

The digital switch? Why more Americans are logging on than tuning in to get their news