How innovation is disrupting the energy industry

We are currently witnessing shifts in major industries as a result of rapid technological innovation and industry interconnectivity. The amalgamation between transport and software, for example, has resulted in Google Maps, Waze and Uber, apps that we all interact with to move from point A to B.

Tesla’s Powerwall, a rechargeable lithium-ion battery that stores electricity for household consumption as backup or for load shifting, disrupted the energy storage industry, allowing for greater dependency on renewable energy. This falls under Elon Musk’s grander vision, where an individual has the choice to disconnect from the grid by relying solely on domestically generated solar energy for 24-hour household use, including electric car charging. Along the lines of the telecom revolution with the invention of mobile phones and smartphones, reliance on landlines and phone networks has drastically decreased.

While one might say that new energy technologies remain a niche market, concentrated in tech bubbles like the Silicon Valley, London, Tel Aviv, and Beijing, this is not entirely accurate. Valued at $50 billion only five years after launching, Uber has expanded to most major cities around the world, transforming the way in which people interact with transportation and changing the concept of movement within the urban space.

From passive to player

This is transport 2.0 where an individual has transformed from being merely a passive consumer to an active player in shaping industries. This is inline with internet 2.0, where social media is replacing conventional news outlets. Aren’t we all journalists on Twitter, film-makers on YouTube and photographers on Instagram?

Energy 2.0, meanwhile, is well underway. Whether it be Tesla Energy, SolarCity, Google, or another disruptive company that will soon achieve commercial viability and therefore vast market penetration of new energy technologies, disruptive energy has already begun in some parts of the world.

In 2011, Nest introduced its self-learning Wi-Fi enabled and remotely controlled thermostat that saves you energy. In early 2014, Nest was allegedly selling 40,000 – 50,000 thermostats per month, and sales are forecasted to increase. According to the United States Energy Information Administration (EIA), the State of California (CA) had the highest number of electric vehicles in 2013 – 70,000 electric cars and 104,000 plug-in hybrid electric cars.

While the trend in the last decade was to develop utility scale solar farms, more recently, there has been a shift in the U.S. solar industry as consumers look to solar for household energy consumption. In the first quarter of 2015, around half of newly installed power generation capacity in the U.S. came from solar, with households as one of the leading energy generating entities. If this trend continues, the need for large-scale energy infrastructure will decline with decreased dependency on electric utilities and power plants. 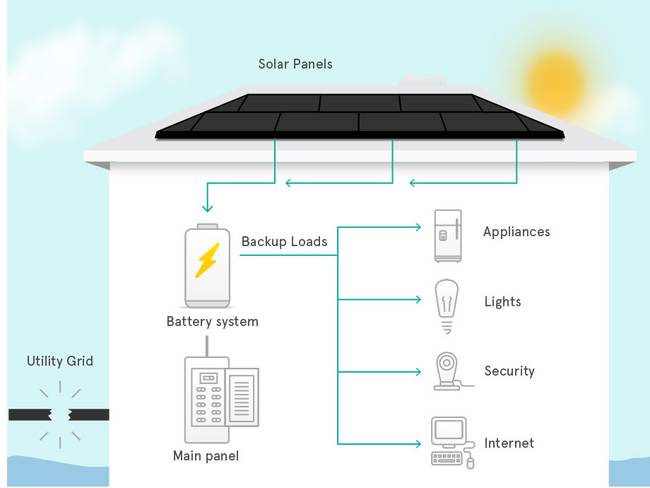 But what about non-tech hubs and hydrocarbon based economies in the Middle East and North Africa? How could they benefit from disruptive energy technologies?

Indeed, the prospects of oil and gas based economies benefiting from disruptive energy innovation could be low, if the right measures are not introduced in time. Hydrocarbons remain the backbone of some MENA economies despite attempts at economic diversification. For instance, Iraq’s oil exports in 2014 represented 90% of government revenue and 80% of foreign exchange earnings. In Kuwait, oil revenues account for more than 65% of GDP and 96% of export revenues. The key industry in Saudi Arabia is oil, accounting for 80% of budget revenues, 45% of GDP, and 90% of export earnings. To what extent then will oil and gas-rich countries be affected in a scenario where global fossil fuel consumption declines as households adopt alternative energy technologies, not just due to environmental awareness but also for economic gains, independence, and as the new lifestyle?

The power of aspiration

Lifestyle and prestige could be more powerful tools than economic rationale, based on behavioral economic theories. Standard economic theory suggests that people will act in their self-interest if they understand the consequences of their economic decisions. Whereas, behavioral economics suggests that people are not as rational thinkers as one would assume, and in fact, they make decisions that affect them negatively.

In 2012, the Daily Mail reported that a 17-year-old Chinese boy sold his kidney to buy an iPhone and an iPad. Apple has become an aspirational brand globally that its products are purchased not only by those who can afford them but also by China’s urban poor, as published by Fortune in 2015. With Uber’s ultimate goal to end car ownership, it is indeed on the right track as it is already driving some people away from purchasing their own vehicles and even those with cars are using Uber to move in urban areas. So will the Tesla Powerwall become an aspirational brand that will drive homeowners away from the gird?

Whilst numerous shortcomings loom on the horizon for hydrocarbon-based economies in MENA, these governments have the opportunity to circumvent the negative implications of the foreseen tipping point of the energy industry. By early adoption of new energy technologies and through investing in Research and Development (R&D) coupled with a long-term vision, governments could leapfrog the need for large investments in conventional energy infrastructure and reduce the burden of energy subsidies, thus mitigating possible economic downturns.

In 2014, the World Bank MENA Economic Monitor report identified positive nonlinear relations between rational fuel prices and per capita GDP growth. While there are concerns on short-term economic gains from higher energy prices, the analysis shows economic growth in the medium and long terms particularly with improved energy intensity. MENA energy subsidies (electricity, natural gas, and petroleum products) are the highest in the world and account for 48% of the world’s total energy subsidies. In hydrocarbon exporting countries, like Iran, Saudi Arabia and Iraq, subsidies exceed 10% of GDP.  Based on the IMF’s analysis, pre-tax energy subsidies in the Middle East cost around $237 billion in 2011. This is equivalent to 8.6% of the region’s GDP and 22% of government revenues.

If these large expenditures are diverted away from energy subsidies and are rather invested in new energy technologies and R&D, governments could mitigate the risks of economic recessions and potential political instabilities. It is time to think outside the box as the energy industry is undergoing a shift that will affect us all.

Have you read?
Why energy poverty is the real crisis
Why innovation needs art and science
5 industries on the brink of dirsuption