These countries have the most nuclear power reactors

Japan has restarted its first nuclear reactor since the Fukushima disaster of 2011. The number one reactor at Sendai Nuclear Power Plant was brought back online under stringent new safety guidelines – the cost of these new safety systems exceeded US$100m at Sendai alone.

Whilst the majority of Japan’s reactors remain offline, which country in the world has the most nuclear power reactors? 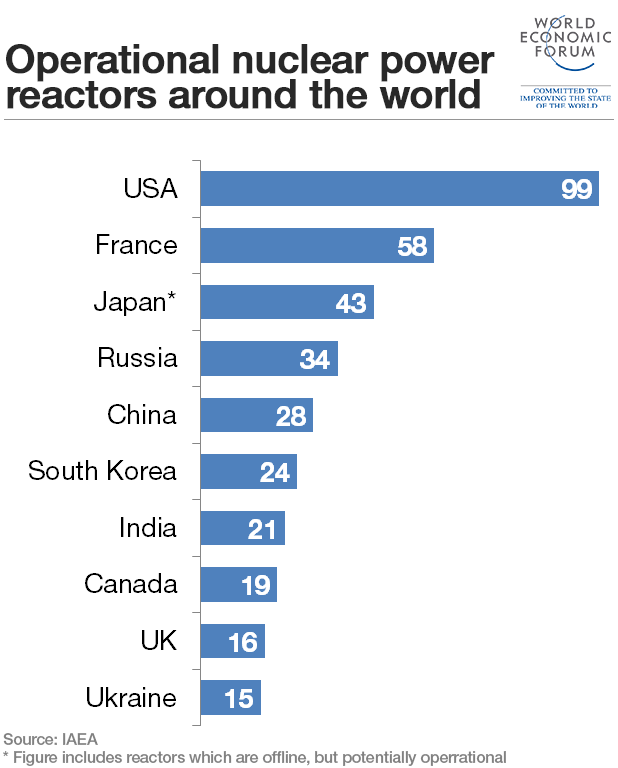 This data is taken from the International Atomic Energy Agency’s Power Reactor Information System, which was last updated on 8 August 2015.

Clean energy needs may cause years of high prices for copper, nickel, cobalt, and lithium under a net-zero emissions scenario, impacting the energy transition.

Studio MOM and LAVO have created a hydrogen-powered bike, designed to take advantage of the higher energy-to-weight ratio offered by hydrogen fuel cells.

COP26: Experts give their verdict on the summit and the Glasgow Climate Pact