How can we achieve global gender parity?

Watch a full recording of the session ‘Parity Equals Performance’ from the World Economic Forum’s Annual Meeting of the New Champions using the video player below or following this link. Highlights from this session, including key themes discussed, social media updates, video and pictures, can be viewed further down the page.

International Monetary Fund Managing Director Christine Lagarde recently spoke about gender inequality at the W-20, a conference focused on boosting gender parity in the workforce that was an offshoot of the G-20 conference held in Ankara, Turkey. Lagarde said, “Women’s empowerment is not just a fundamentally moral cause, it is also an absolute economic no-brainer. It holds the potential to boost growth, raise overall per capita income, tackle poverty, and reduce income inequality for people all over the world.”

So how does gender inequality impact a country’s ability to compete on the global stage?

The World Economic Forum’s Global Gender Gap Report 2014 quantifies the magnitude of gender-based disparities and tracks their progress over time. By measuring the gaps between women and men in the areas of health, education, the economy and politics, the report assigns a score to 144 countries around the world; based on that, a ranking is provided, which makes up the Global Gender Gap Index. 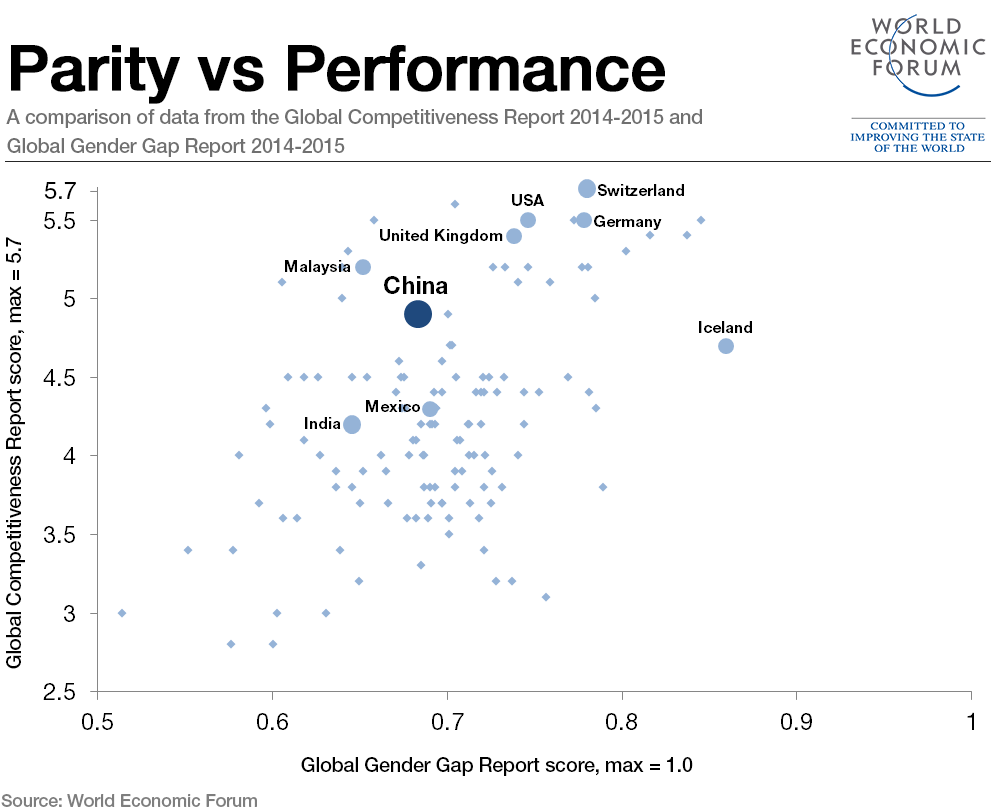 While the above data tells us about gender inequality at the country level, companies, particularly those working in the digital space, are beginning to question if they are missing out on female-led innovation. By examining issues like the gender gap in science and technology and the lack of diversity in leadership roles, these companies can begin to close that gap and reap the potential rewards.

How can universities capture more value from their research?

On average, universities only capture 16% of the revenue they help to create, with some more adept at creating commercial recognition than others.

Social intrapreneurs can create innovative business solutions to social or environmental problems, using the assets and resources of their own companies.

These 'New Champions' are the business innovators the world needs now