Which countries are the easiest to do business in?

Entrepreneurship is a key driver of economic growth and development, and it flourishes where there are minimal barriers to doing business.

The World Bank’s Doing Business project, launched in 2002, ranks the ease of setting up and running a business across 189 economies and selected cities in the world. 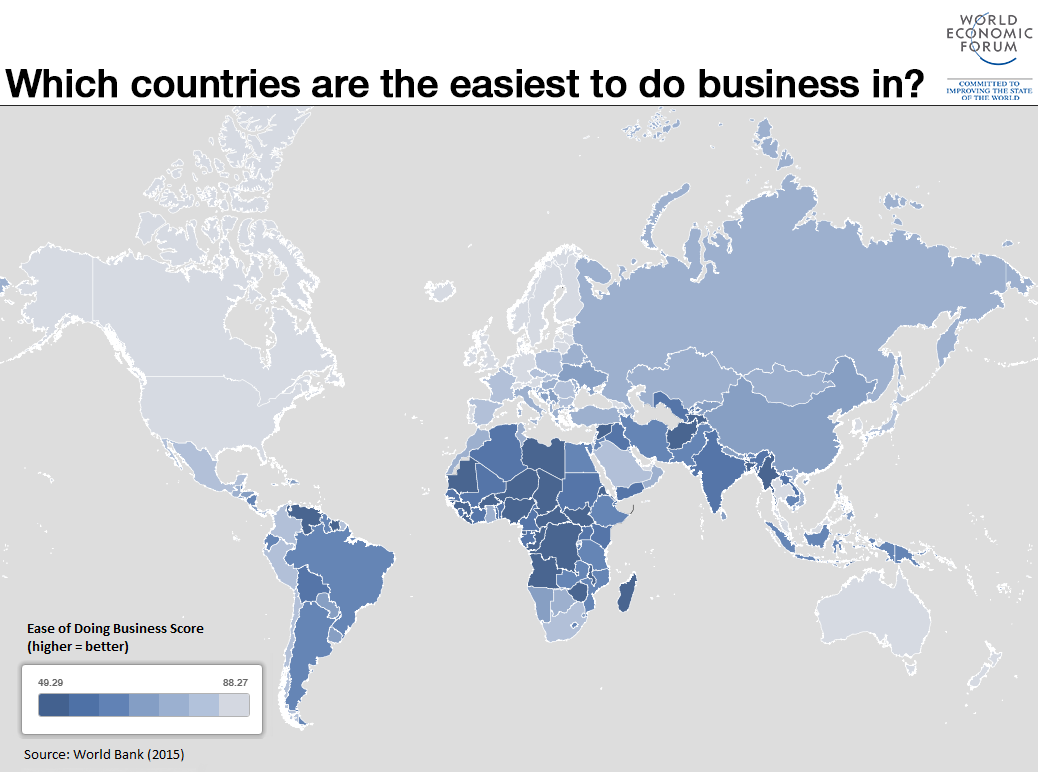 The other top rankings are shared between some of the largest Anglophone economies – New Zealand (2nd), the United States (7th), The United Kingdom (8th), Australia (10th) and the Republic of Ireland (13th) – and the five Nordic economies: Denmark (4th), Norway (6th), Finland (9th), Sweden (11th) and Iceland (12th).

Note: The rankings of economies with populations over 100 million (Bangladesh, Brazil, China, India, Indonesia, Japan, Mexico, Nigeria, Pakistan, the Russian Federation and the United States) are based on data for two cities.

3 ways to unlock the world-changing power of start-ups

Technology pioneers don't just need a genius idea – they need to develop in an ecosystem that nurtures them with all the elements needed to grow.

8 female CEOs on bridging the gender gap in tech

How female founders and investors are shaking up venture capital

The secret to a successful startup? Letting employees own it