How can India stem the flow of illicit funds?

In the end just under $600 million was declared. When the Indian ministry of finance launched a three-month window for tax-evaders to declare illegal wealth, it was expecting a strong response.

For decades, India has been battling the creation and transfer of illicit funds to safe havens. Much of the funds are kept within India in multiple asset classes that include real estate, gold, multiple accounts under different names, and even some in cash.

A huge amount is sent abroad via financial channels. Washington DC based research body Global Financial Integrity (GFI) has calculated that more $439 billion of illicit funds flowed out of India between 2002 and 2012. Illicit funds can be money from evasion of taxes or capital controls, bribes and kickbacks, or proceeds of crimes like human and antiquities trafficking. We care about illicit funds because they are a drain on the economy that, in many ways, perpetuates poverty and inequality worldwide. 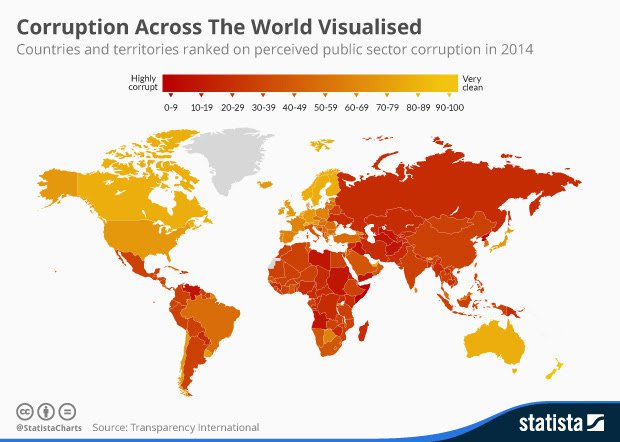 Indians are becoming wealthier. Some much faster than others. The Hurun Global Rich List of 2015 says that India has broken into the top three of the billionaires list for the first time; India added 27 billionaires since 2014 to take the total to 97. It has replaced Russia and sits behind USA and China who still lead by a wide margin with 537 and 430 respectively.

The combined wealth of these billionaires is close to $266 billion.

Many billionaires have earned their money through entrepreneurship, industry, and keen business acumen, but some will have earned their wealth through illegal activities that rip the seams that hold our societies together. In both cases, most will have tried to pay as little tax on their wealth as possible using legal, legally dubious, and illegal “wealth management” structures. The world is struggling to differentiate between the three, and to create a system that works for all levels of society. The OECD’s Automatic Exchange of Financial Information between countries is a good step forward, but there are concerns that, because of certain requirements of the system and the need to establish a significant bilateral treaty networks to facilitate the exchange of information, it may not benefit developing countries in the near or medium term, exacerbating global inequality.

Indian legislation has certainly been outpaced by the growth of wealth and scale of capital flows to and from the country. GFI estimates that illicit global financial flows from developing countries including India is rising at an average rate of 9.4% every year.

Prime Minister Narendra Modi’s government is acutely aware of the scale of the issue. Tackling the creation of illicit funds and unveiling details of secret accounts of Indians in tax havens was a promise made by Mr Modi in the national elections of 2014 that brought him to power.

Since May last year, the government has sought and published details of many Indians who held illegal accounts in Swiss banks. It has launched financial schemes that allow Indians to monetise gold and jewellery in order to bring more transparency to asset holdings.

The three month tax amnesty window was seen as the last benign step by the government before it begins a crackdown on illicit funds. So far, the steps taken were nudging tax evaders and illegal fund owners to come clean and turn over a new leaf.

The meagre amount declared during the scheme is a sharp indicator of how much more the government must do to target illicit funds. In a first legislative step, India has been trying to amend laws that tackle bribery under its commitment to the UN Convention Against Corruption (UNCAC).  Sadly the legislation could not be enacted. The Prevention of Bribery of Foreign Public Officials and Officials of Public International Organisations Bill of 2011 lapsed in the Parliament as legislators chose not move on it. A proposal for a fresh bill to ratify the UNCAC and tackle bribery is being prepared now.

The Indian government has to move from good intentions to strong action if it wants results, and those actions have to be predicated on a holistic assessment of the ways in which a given country is vulnerable to the loss of capital through illicit outflows. While legislation is necessarily adopted piecemeal, the pieces should be part of a larger plan by governments to stem illicit flows in an effort to reinvigorate their economies.

The Summit on the Global Agenda 2015 takes place in Abu Dhabi from 25-27 October.

Addressing corruption and mainstreaming integrity in business will support a sustainable future, but requires G20 collaboration with key stakeholders.

Inefficiency and unfairness in government processes can leave them open to corruption. Blockchain could help address weakspots and increase transparency.