The state of global youth unemployment

Millions of young people are still struggling to find a job around the world. Global youth unemployment grew significantly between 2007 and 2010 but has now stabilised at just over 13%, according to a recent report from the International Labour Organisation. Despite that stabilisation, however, today’s rate of youth unemployment remains significantly higher than its pre-crisis level of 11.7%. 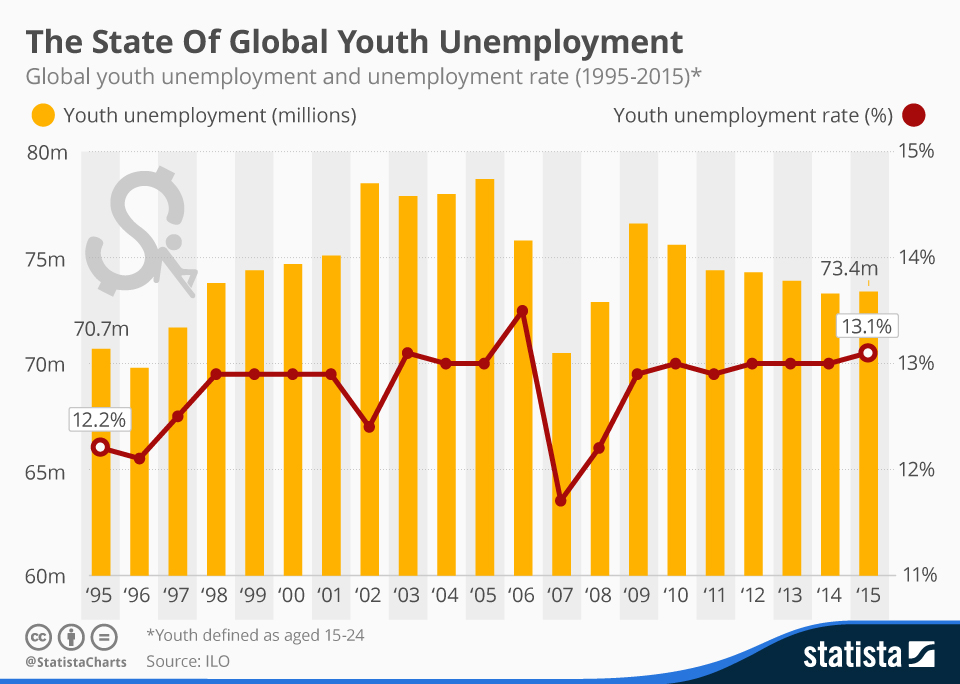 Author: Niall McCarthy is a Media Relations Manager at Statista

Image: Job offers are seen in this illustration. REUTERS/Alessandro Garofalo

This week's TOP 5 trends from the world of work includes Atom Bank's decision to move to a four-day working week, the rise in female gig workers and more.

A data-driven approach to designing the future hybrid workplace could address the uncertainties and make some difficult decisions much more straightforward.

Hybrid working: What is the best way to resolve conflict between remote employees?