4 changes all leaders of successful companies should make

A version of this article first appeared on Fortune.com. This version is reprinted with permission from BCG Perspectives

There’s something heroic about a CEO who parachutes into a company that’s facing an existential threat. While such turnarounds are never really a one-person show, it’s the CEO’s boldness and resolve that invariably stand out. They get the credit and the cover story.

But just as impressive, if not as celebrated, is the CEO who upends the status quo when all is (seemingly) well. Such efforts, I believe, require at least as much leadership, tenacity, and vision. They may not seem as miraculous or necessary as a change-or-die turnaround—until you consider how hard it is to instill a hunger for change in a successful company, and what’s on the line when complacency sets in.

Picture the new CEO walking into a historically successful company. This CEO often inherits an organization with an excellent balance sheet, a good reputation, strong market positions—and almost no appetite for broad change.

These organizations tend to be highly self-confident. They are convinced they have the winning model and the best people. Senior executives have received tremendous affirmation, sometimes over decades. Ingrained patterns of behavior have been rewarded over and over again. Internally, silos get built, staffing levels grow, and politics intensify. Self-criticism is often muted. With so much success for so long, what’s the point of being too harsh, anyway?

But the borderline between confidence and complacency is thin. Over and over, historically strong companies have slipped into periods of decline, sometimes precipitously. In fact, the life expectancy of public companies is shorter than ever. 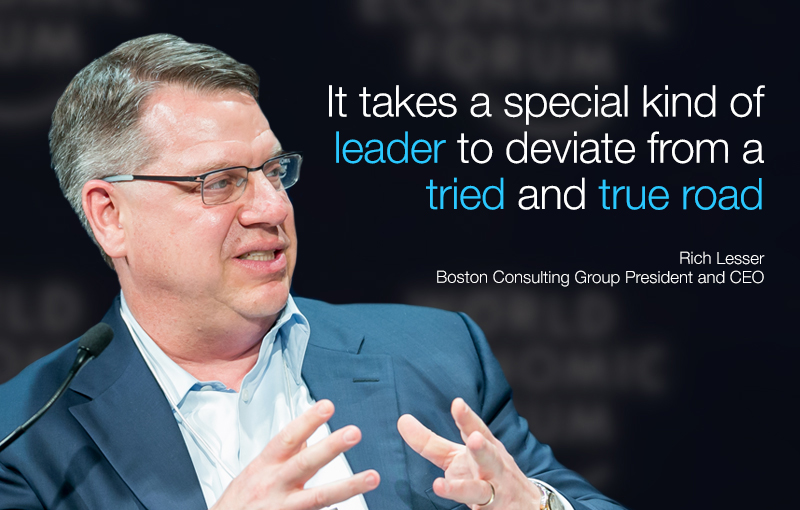 So how can the leader of a successful business reset the direction and re-energize the organization before a crisis hits? Every situation is different, but here are some elements that cut across many of those who succeed:

To make these changes stick, leaders will need to win the hearts and minds of a range of stakeholders—employees, customers, investors, and, increasingly, regulators—so they appreciate why it’s worth challenging the status quo.

This isn’t just about staving off decline. It’s about creating a healthy sense of restlessness, motivating people to experiment and act differently, and getting the company, as a whole, to move at a much faster speed—to be more adaptive and agile.

Leaders who turn around successful companies rarely create shocking headlines, but they can create massive value. Take two former CEOs, Frank Blake of The Home Depot and Lamberto Andreotti of Bristol-Myers Squibb. Both inherited strong companies, and both still managed to reset the direction and strengthen their positions, adding around $200 billion of shareholder value between them in the process.

It takes a special kind of leader to deviate from a tried and true road—and bring a confident, successful organization along on the journey.

Image: A businessman walks on the esplanade of La Defense, in the financial and business district. REUTERS/Gonzalo Fuentes.

Why is 'the right to disconnect' so important for employees?

The right-to-disconnect initiative gives autonomy back to the employee, mandating that employers cannot expect to reach employees outside of working hours.

How can you deliver effective feedback? 3 tips from management experts

From asking for advice to modelling a growth mindset, Wharton professor Katy Milkman outlines three steps to become a confidence builder through feedback.

4 ways to revive office socializing when working from home

Why jobs are plentiful while workers are scarce