What did you want to be when you grew up? A few years ago, Forbes put that question to a couple of hundred kindergarten-aged kids from the New York area, and the answers weren’t surprising: superheroes, princesses and astronauts figured prominently. Children have big, bold dreams. And yet for too many kids around the world, those dreams are cut short when they are married off before they’ve even made it to adulthood. That’s the case for 76.6% of girls in Niger, 71.5% in Chad and 68.7% in Bangladesh, for example.

The international community has committed to ending the practice, and progress is being made. But these five facts about child marriage demonstrate why more must be done.

1. Every two seconds, a girl becomes a child bride

According to Girls Not Brides, a partnership of more than 400 civil society organizations working to end child marriage, 15 million girls a year marry before the age of 18: that makes 41,000 girls a day, or one girl every two seconds. Unless we do something to reduce those numbers, an extra 1.2 billion girls will be married by 2050.

2. 90% of adolescent pregnancies in developing countries are among married girls

When a girl bears children before she is physically or emotionally ready, it has serious consequences: girls under 15 are five times more likely to die in childbirth than women in their twenties. In fact, according to the World Health Organization, complications related to pregnancy and childbirth are the second cause of death for girls aged between 15 and 19 around the world. 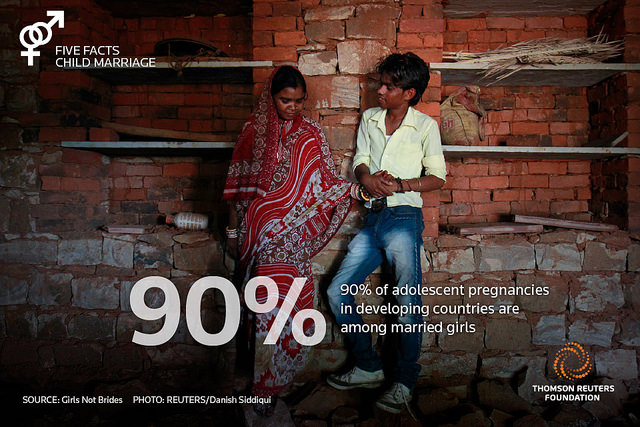 3. By eliminating child marriage and early pregnancies, we could halve the gender education gap 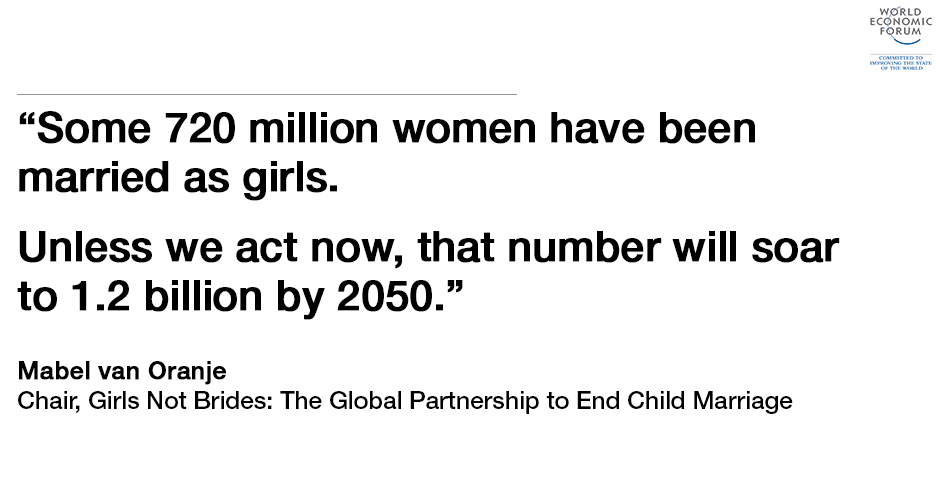 4. Girls from poor families are almost twice as likely to marry than girls from wealthier households

Not only are girls from poor families more likely to become child brides, they’re also more likely to remain poor: “Girls who marry young do not receive the educational and economic opportunities that help lift them and their families out of poverty, and their children are more likely to undergo the same fate.” 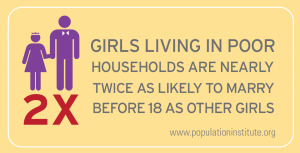 5. The international community has committed to ending child marriage within 15 years

When the United Nations finalized the Sustainable Development Goals last September, Goal 5 committed to “achieving gender equality and empowering all women and girls”. Part of that commitment was a pledge to “eliminate all harmful practices, such as child, early and forced marriages”. But as activists noted when Guatemala recently announced it was raising the minimum age of marriage to 18, it’s not just about changing laws: social norms must also shift. And that part can be even more challenging. In Ethiopia, for example, the legal age of marriage is 18, but nearly one in five girls are married before they turn 15.

Have you read?
Child marriage: a devastating effect of the refugee crisis
Can we end female genital cutting in a generation?

Image: Krishna, 14, sits with her four-month-old baby Alok, outside her house in a village near Baran, located in the northwestern state of Rajasthan, January 21, 2013. REUTERS/Danish Siddiqui