In which country do people wait the longest to marry? 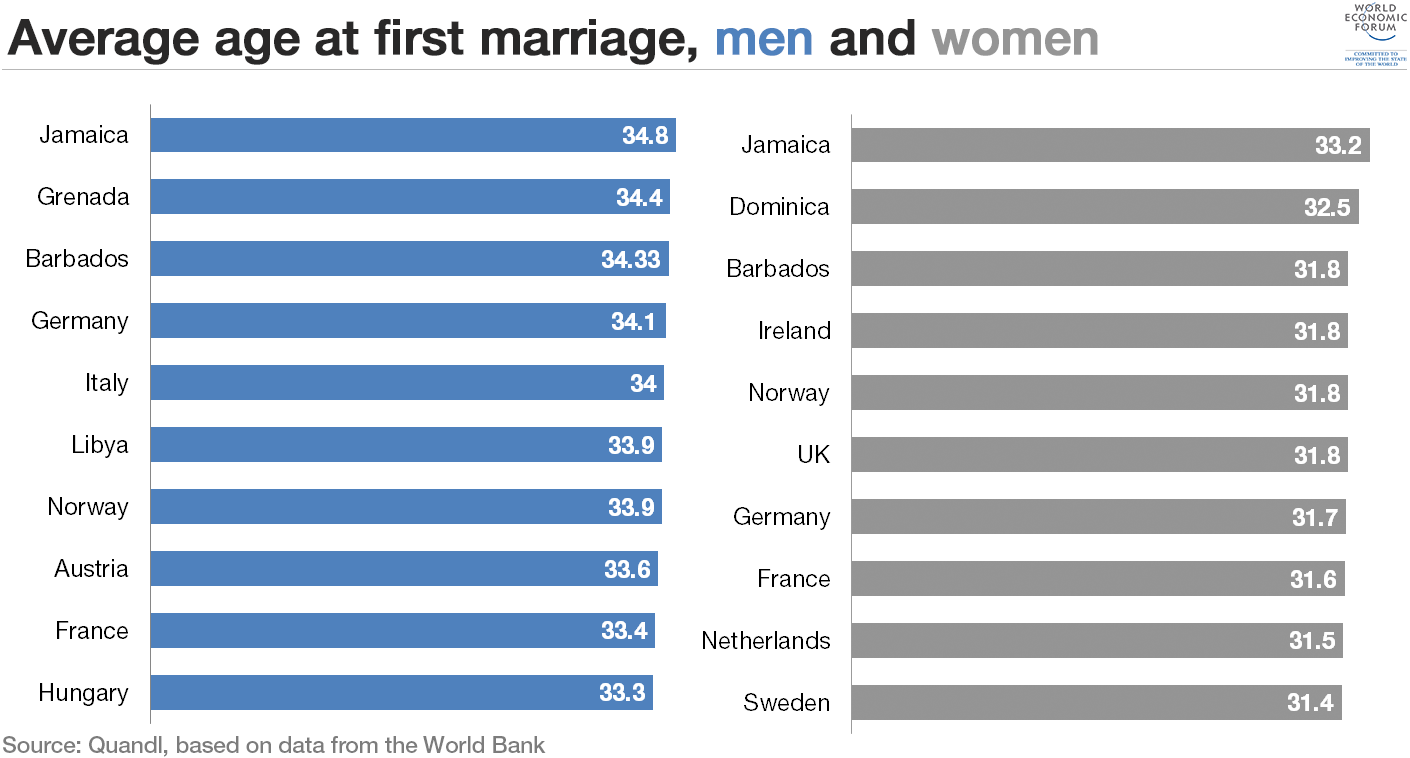 Rounding out the top three for men are Grenada (34.4) and Barbados (32.5), while Dominica takes second spot for women (32.5) with Barbados in third (31.8). Once we leave the Caribbean, the rest of the top 10 is dominated by European countries, which occupy all seven spots for women and six out of seven spots for men. Libya is the sole outlier, coming in sixth for men (33.9).

The complete list for both men and women can be found at Quandl.com