Ending violence against women: how far have we come?

“We are determined to prevent and eliminate all forms of violence against women and girls.” With this declaration at the 1995 United Nations Fourth World Conference on Women in Beijing, the international community committed to once and for all end violence against women. Over two decades later, on the International Day to End Violence Against Women, how far have we come?

Not far enough. In a historic speech at that conference 20 years ago, Hillary Clinton denounced the violence women and girls were subjected to: “It is a violation of human rights when babies are denied food, or drowned, or suffocated, or their spines broken, simply because they are born girls, or when women and girls are sold into slavery or prostitution for human greed … It is a violation of human rights when thousands of women are raped in their own communities and when thousands of women are subjected to rape as a tactic or prize of war.” She concluded with a call to arms: “Women’s rights are human rights.”

And yet almost everything she spoke about all those years ago could just as easily describe events taking place today: in India – the world’s most dangerous place to be born a girl, according to the UN – newborn girls are abandoned by their parents and left to die. Every year, over 20 million women and girls are bought and sold as sex slaves. And in war-torn countries of the Middle East, women are raped and murdered by ISIS supporters.

So where do we stand today when it comes to ending violence against women? When the United Nations carried out a review of the progress made since 1995, they concluded that violence against women “persists at alarmingly high levels in many forms”. This snapshot shows just how far we have to go.

Rape as a weapon of war

Until relatively recently, rape was simply seen as an inevitable part of conflict. As a 1998 UN report noted, “historically, armies considered rape one of the legitimate spoils of war”. In the civil wars that characterized the post-Cold War era, thousands of women were raped and abused: 60,000 in Sierra Leone, 40,000 in Liberia, 60,000 in the former Yugoslavia and at least 200,000 in the Democratic Republic of Congo. 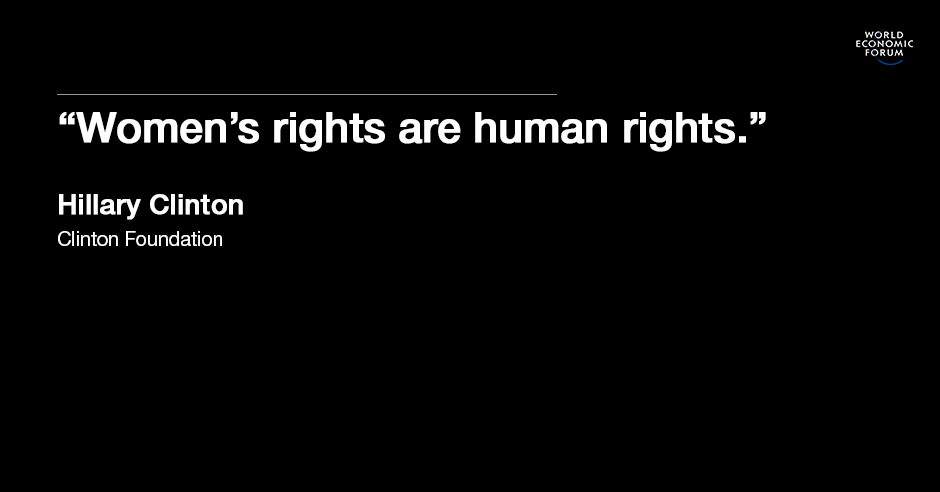 But over the past 20 years, more international attention has been paid to the issue. In 2001, the International Criminal Tribunal for the Former Yugoslavia was the first international court to convict a rapist for crimes against humanity.

Increased international focus on the issue has not, however, put a stop to the practice. This summer, the United Nations spoke out about the situation in the Middle East: “The life of a young woman or girl in a conflict zone is under assault almost every day. There are few places where this is more apparent than Syria and Iraq, where they are at acute risk of sexual violence, exploitation for prostitution and trafficking.”

Even outside of times of conflict, a shocking number of women and girls are still victims of sexual violence.

According to UNICEF, around 120 million girls under the age of 18 – just over 1 in 10 – have been raped or experienced other forced sexual acts at some point in their life.

But at least in some countries, more women are seeking justice for these acts: in the US, for example, women are more likely today to report rapes and attempted rapes than they were 30 years ago.

Unfortunately, even when women do speak up, offenders all too often escape punishment: a study of 11 countries from across almost all continents found charges were brought in only around 6% of physical and sexual assaults and led to convictions in only 1% to 5% of cases

Domestic abuse is still the most common form of violence against women: according to the World Health Organization, up to 30% of women have been in a relationship where they’ve experienced physical or sexual violence. And of all the women murdered in 2012, almost half were killed by their partner or family members, compared to 6% of men. It is difficult to have a true picture of the progress made over the past 20 years, because very few countries actually measured and recorded data on violence against women two decades ago: “At the time of the Beijing Conference, there was a huge call for more information,” Mary Ellsberg of the Global Women’s Institute told the New York Times. The fact that we even have this data today is a sign of how much priorities have shifted. “We have data from most of the countries in the world. That, in and of itself, is a huge accomplishment,” Ellsberg points out.

But let us be under no illusions: we have much work to do. As a recent report from the Clinton Foundation and the Gates Foundation concluded: “Violence against women is a global epidemic.”

Have you read?
Could paternity leave help tackle gender violence?
Where’s the best place to be a woman?

Image: A woman participates in a march in Duarte Park to celebrate International Day for the Elimination of Violence Against Women, in Santo Domingo November 25, 2013. According to UN Women, Dominican Republic is among the countries with the highest rate of femicide in the world. REUTERS/Ricardo Rojas