These 2 maps will change the way you understand population

The website Metrocosm has crunched the numbers and created an updated version of a reddit map which went viral earlier this year.

While the blue area does cover great portions of deserts, plains and mountainous regions, it also includes the whole of Australia, Ireland and several European nations. Meanwhile, the red portion covers only Bangladesh and three regions in India: Bihar, Jharkhand and West Bengal. Combined, those four regions represent over 390 million people.

A full list of the regions and their populations can be found here. 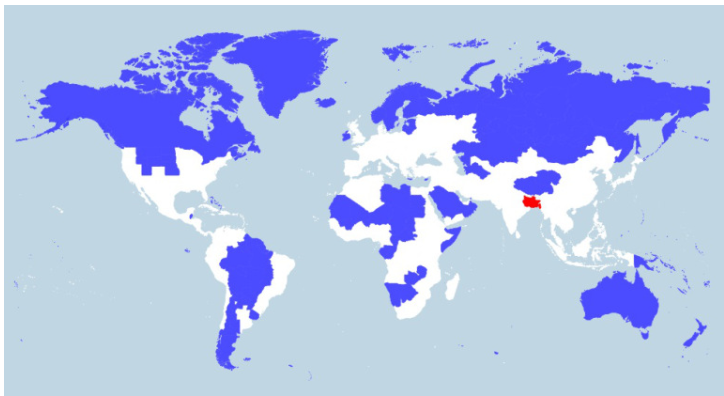 The above map drew some criticism, as the red and blue regions were chosen arbitrarily. In response to this, author Max Galka created a second visualisation, charting the largest amount of land in which 5% of the population resides versus the smallest amount. The result is a map in which 72% of the world is covered in blue compared to only 17 red dots. 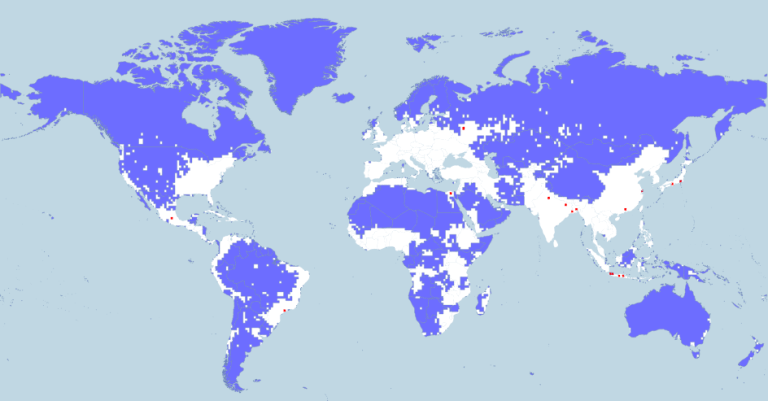