What is creativity worth to the world economy?

Conducted by Ernst & Young and jointly presented by UNESCO and the International Confederation of Authors and Composers Societies (CISAC), the study analysed 11 CCI sectors in Europe, North America, Latin America, Africa, the Middle East and the South Pacific region, focusing on everything from architecture and advertising to television. 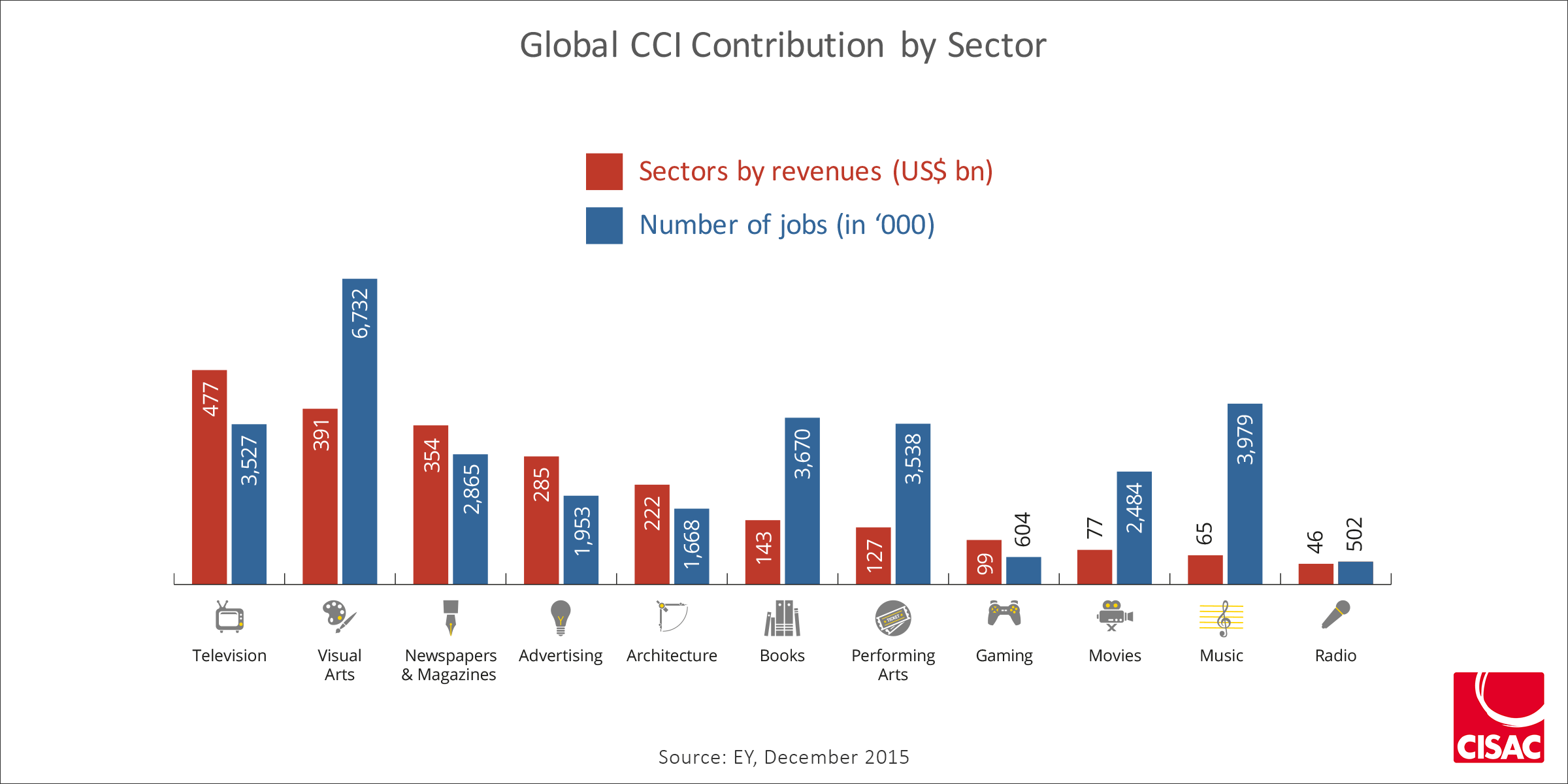 Revenue from creative industries exceeded those of telecommunications services (which comes in at $1,570 billion globally), and even surpassed the entire GDP of India ($1,900 billion). 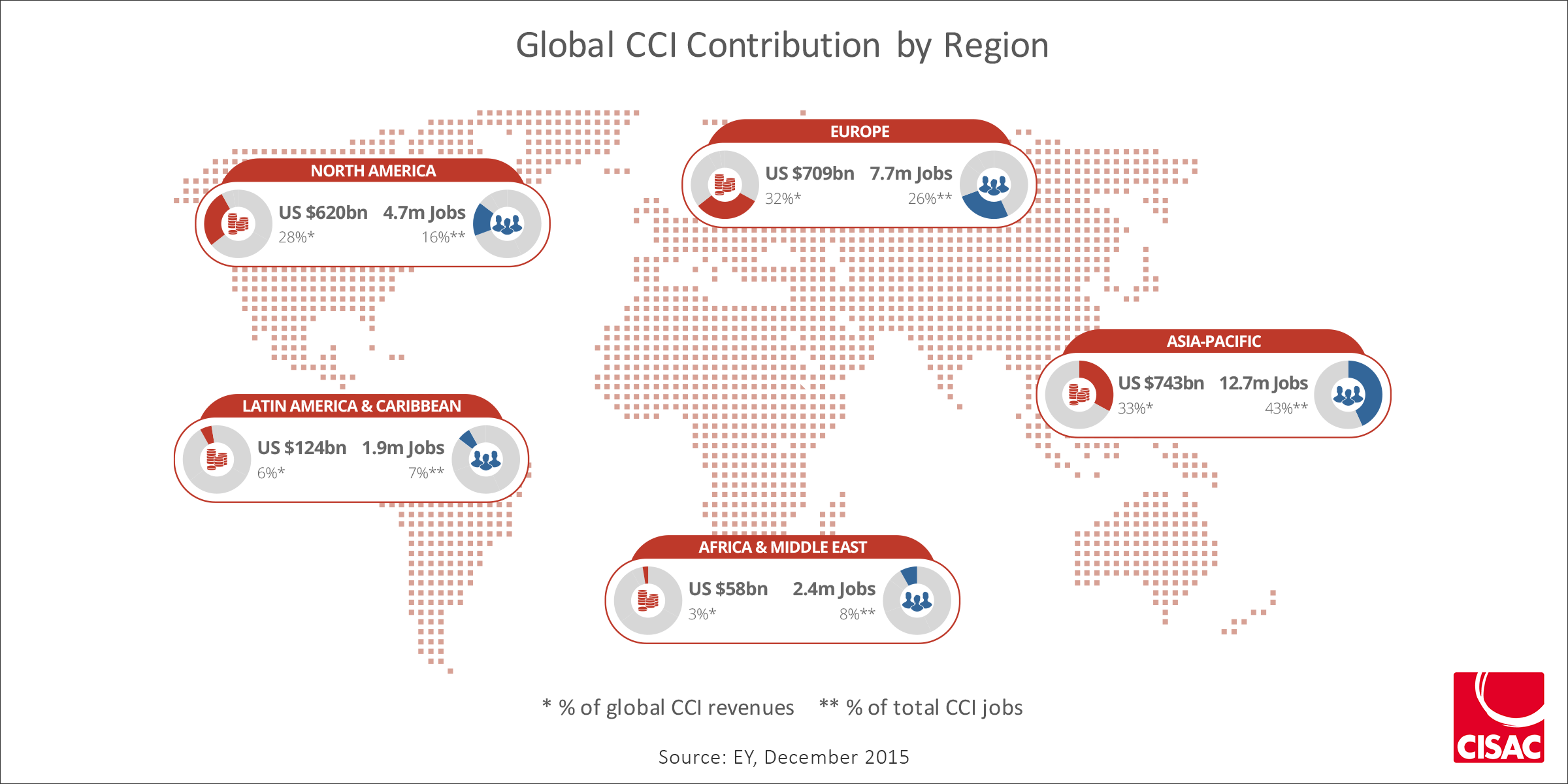 Researchers found that creative industries are open to people of all ages and backgrounds, and provide a significant contribution to youth employment and careers.

In Europe, cultural sectors employ people between the ages of 15 and 29 more than any other sector; they also have more women participating in them than traditional industries. Statistics compiled by the government of the United Kingdom show that women accounted for more than 50% of the people employed in the music industry in 2014, compared with 47% in the overall active population.

Small businesses and individuals are key, and give rise to innovative and agile employers and workers. In the United states, artists are 3.5 times more likely to be self-employed than the rest of the US working population, according to the study.

Have you read?
These are the world’s most creative countries
What’s the difference between creativity and innovation?
Which quality do all creative geniuses share?