How does the Muslim world really view the US?

The San Bernardino shootings have caused concern over what seems to be growing Islamic hatred towards the United States. It even prompted Republican presidential candidate Donald Trump to propose banning Muslim immigrants from entering the country, claiming that “large segments” of the Muslim population hate the US.

In fact, data from Pew Research Center suggests that some Muslim countries view the US very favourably. 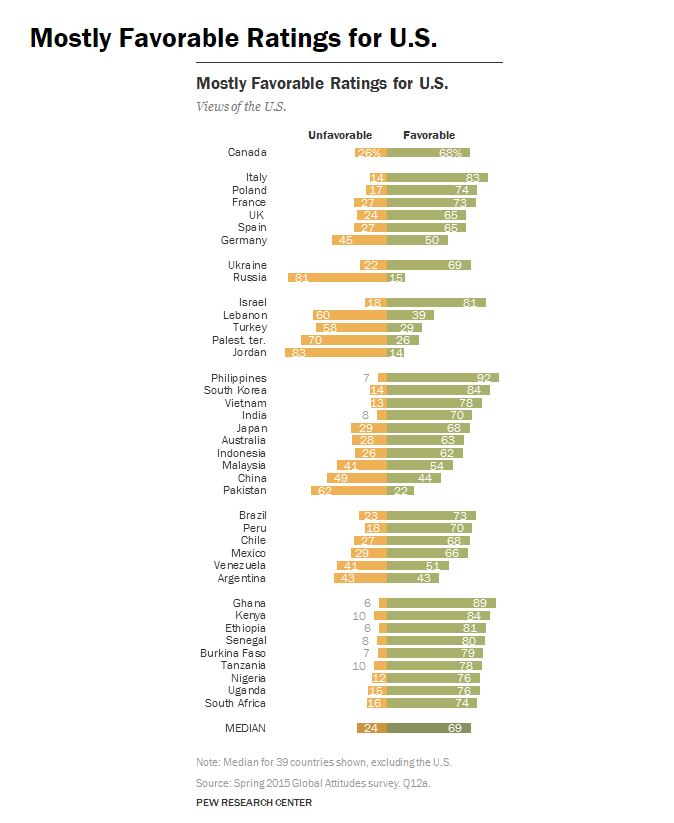 What this chart shows is that Indonesia, home to 12.5% of the world’s Muslims, 62% of the population have a positive opinion of the US, compared to just 50% in Germany. In Nigeria, the world’s fifth most populous Muslim country, the figure is 76%.

In Turkey, positive ratings for the US have increased by 10 percentage points in the last year (from 19% to 29%), according to the study.

In the Middle East, however, the picture is different: most Jordanians, Palestinians, Turks and Lebanese register an unfavourable opinion of the US.

The rise of ISIS and recent terrorist attacks in Paris, Beirut, Baghdad, Mali – as well as on Russian aircraft over the Sinai – have prompted security fears around the world. Pew’s research shows Muslims everywhere are overwhelmingly opposed to ISIS. Data collected earlier this year, in 11 countries with significant Muslim populations, found people from Nigeria to Jordan to Indonesia expressed negative views of ISIS. One exception was Pakistan, where a majority offered no definite opinion. 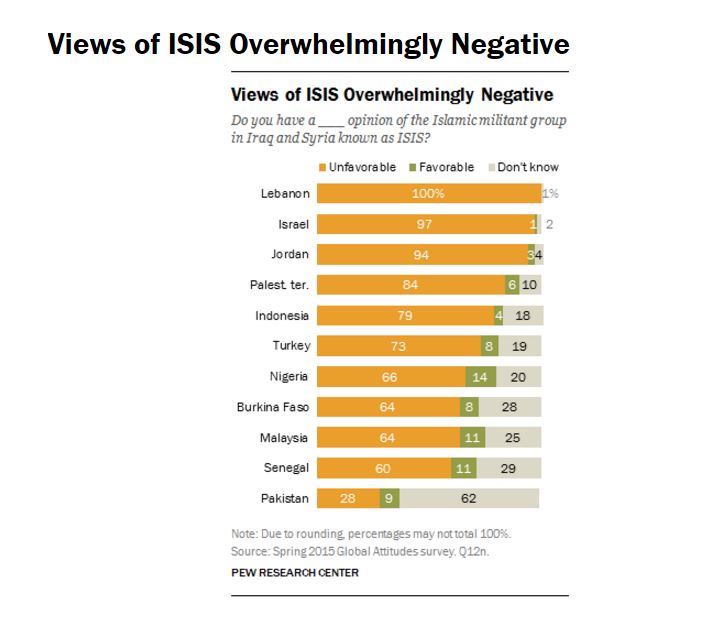 Unlike the Iraq War a decade ago, the current US air campaign in Iraq and Syria is backed by majorities in key Middle East nations. 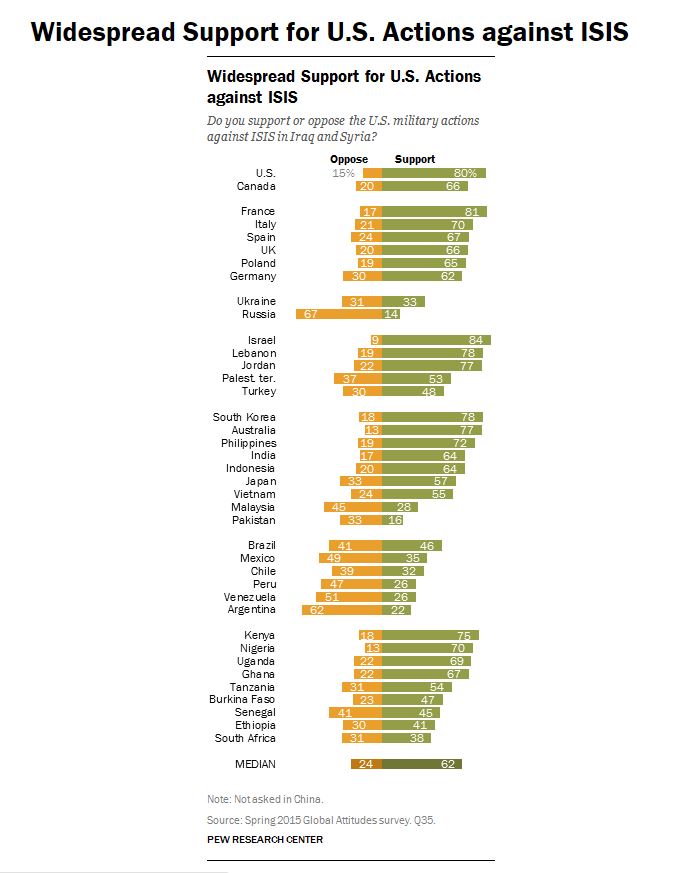 Despite widespread support for America’s military action against ISIS, most people around the world oppose the harsh interrogation methods used by the US against suspected terrorists in the wake of 9/11. Only 35% believe they were justified. Americans disagree – nearly six in 10 (58%) say they were justified.

Have you read?
5 Muslims who helped make the US great
Europe’s misconceptions about its Muslim population
How Islam can help combat climate change

Author: Rosamond Hutt  is a Senior Producer at Formative Content.

Image: The Washington Monument is seen with an American flag flying in the foreground REUTERS/Molly Riley.

Racial discrimination ages Black Americans faster, according to a 25-year-long study of families

A study has shown that stress caused by racism is impacting on physical and mental health.

The COVID-19 Risk Assessment Planning Tool helps people estimate the risks of meeting someone with coronavirus in various settings such as family gatherings.

What can coronavirus patients expect once they’re discharged from hospital?

The US is facing an unprecedented housing crisis. These 4 innovations could help

Construction workers 5x as likely to be in hospital for COVID