Why Saudi Arabia’s female politicians are a vote for progress

It’s a good day for women in Saudia Arabia. At least 18 female candidates have been elected as councillors in the country’s municipal polls, according to local reports.

It’s the first time women have been allowed to vote or be voted for, thanks to a decree constituted in 2011 by the late ruler King Abdullah, and it means that women, for the first time, can have a say in what happens in their communities.

Turnout was high, according to state media, with 82% of the 130,000 women who registered to vote making it to the polling stations. It’s still a low number compared with the amount of men who registered (1.35 million), and compared to the population of Saudia Arabia as a whole (30.8 million). But this can be attributed to continuing restrictions on women’s rights and movements, which prevent them from driving and leaving the house without a male guardian. 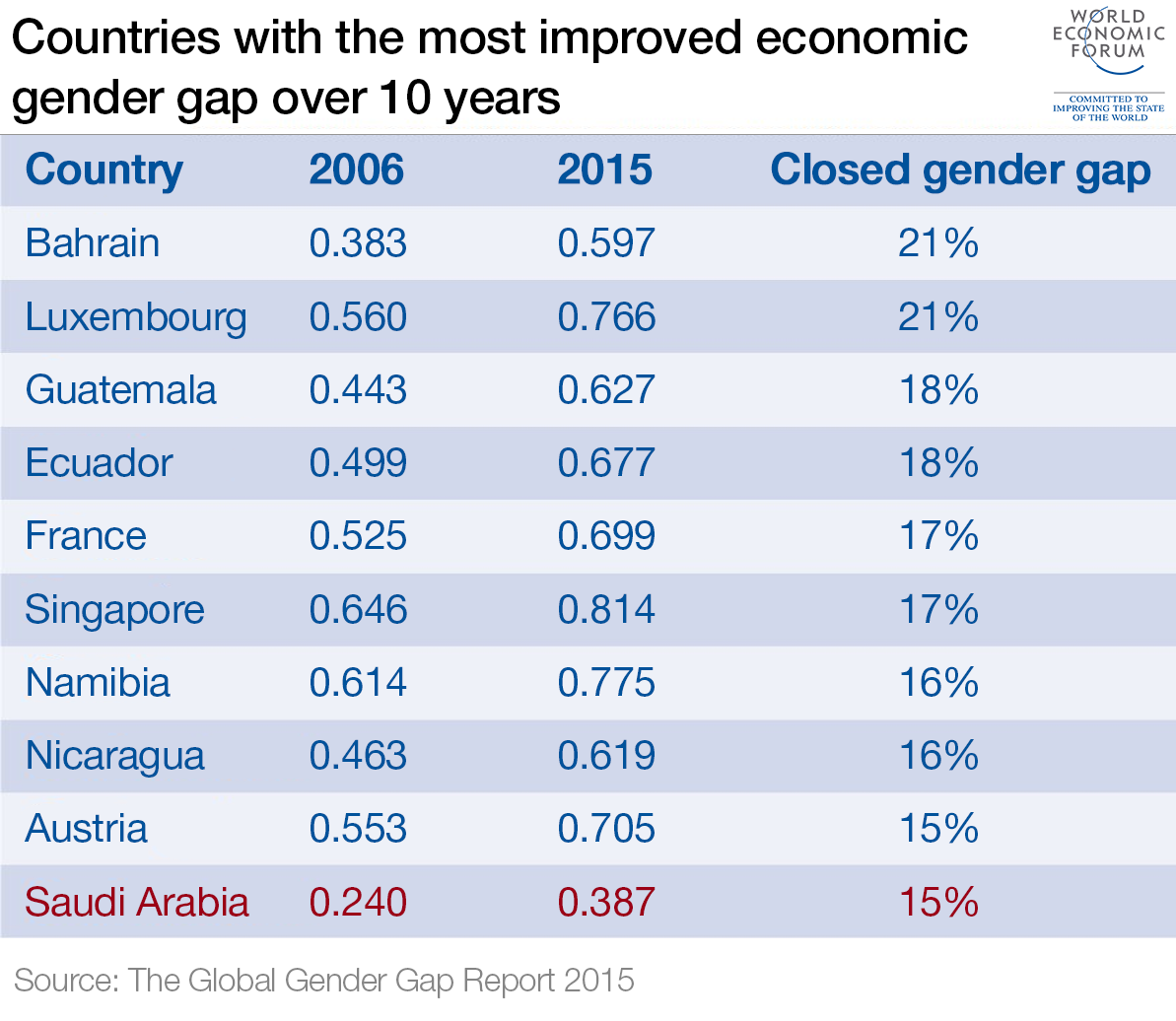 In spite of these restrictions, in 2014 Saudi Arabia was named one of the most improved countries (relative to its starting point nine years ago) for gender equality. The Forum’s Global Gender Gap Report 2015 placed it among the top few nations in the world to have narrowed their gender gaps in the nine years since the report was launched.

Education is a key area: there are now more female university graduates than there are male, and women’s literacy is estimated to be 91%.

Saadia Zahidi, lead author of the Global Gender Gap Report, said: “In Saudi Arabia, the university gender gap was closed 10 years ago, but the absolute numbers are also rising: of all women in the university age bracket today, about 50% actually attend, compared with 30% a decade ago. That rate is higher than in China, India or Mexico.”

These gains are less visible when it comes to the percentage of women able to turn their education into a living wage: according to the report, only about 40% of Saudi Arabia’s educated women are in the workforce, as the following chart shows. 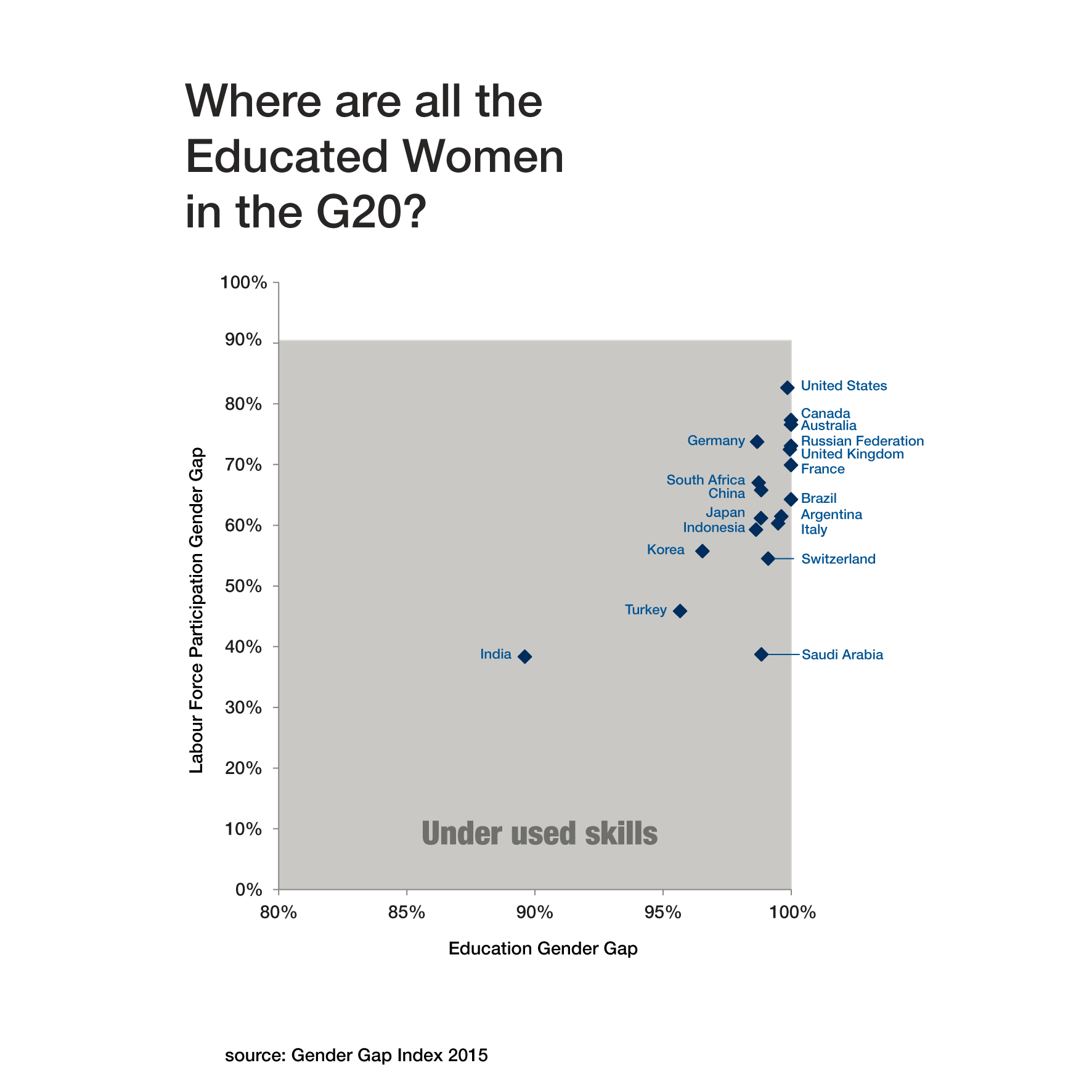 But even here, some progress is being made, albeit slowly: there are currently 454,000 women in work, compared with only 50,000 six years ago. There are now 18 women in politics, compared to zero last week.

Zahidi says: “Much of the progress on gender equality over the last 10 years has come from more women entering politics and the workforce … in the case of politics, globally, there are now 26% more female parliamentarians and 50% more female ministers than nine years ago.”

Not just a good day for Saudi Arabia, then.

Have you read?
These countries have the most women in parliament
What’s life like for women around the world in 2015?
The Global Gender Gap in numbers