3 ways to protect LGBTI rights across the world

Melisande Schifter 17 May 2021
More on the agenda

Work hard in school, go to a prestigious university, get a good job. The pathway to professional success and a rewarding career still leads through higher education, doesn’t it?

For many of us, yes. But not all. In fact, some of the world’s most successful people either failed to complete their undergraduate degree, or never enrolled in classes in the first place.

In a time when some are asking if higher education is still worth the investment (due to rising fees, increasing student debt and shrinking financial and educational returns), these people show that, sometimes, taking the road less travelled really can pay off – for them and the rest of the world.

National Merit Scholar Bill Gates started programming personal computer software at the age of 13. He enrolled at Harvard in 1973, but dropped out before graduating and founded Microsoft.

He now invests much of his wealth into the Bill & Melinda Gates Foundation, which works to enhance healthcare and reduce extreme poverty in developing countries.

The late personal computer pioneer Steve Jobs attended Reed College in Portland, Oregon, before dropping out and co-founding Apple Inc. Jobs would serve as chairman and chief executive officer of the company, which is considered to be one of the world’s most valuable brands.

In his legendary Stanford commencement speech, Jobs admitted he “couldn’t see the value” in going to college: “I had no idea what I wanted to do with my life and no idea how college was going to help me figure it out. And here I was spending all of the money my parents had saved their entire life. So I decided to drop out and trust that it would all work out OK. It was pretty scary at the time, but looking back it was one of the best decisions I ever made.”

She might be best know for her roles in award-winning films like Sin City, but Jessica Alba is also a successful entrepreneur. In 2011, she co-founded The Honest Company, which specializes in eco-friendly and non-toxic baby and household cleaning products. According to the latest figures, the company is now worth well over $1 billion.

But while she might be a successful actress and entrepreneur, Alba got to where she was without a college degree. And it wasn’t easy. As she explained when speaking at a Forbes conference last summer, “People just saw me as a girl in a bikini in movies kicking butts. It took three-and-a-half years of lots of condescending nods.” Her perseverance clearly paid off: in 2015, she became one of the richest self-made women in the US.

He might be a highschool dropout – he struggled throughout and left at the age of 16 – but Richard Branson is proof you don’t need a formal education to succeed. After dropping out, he set up his record label, Virgin. Signed artists like the Rolling Stones and the Sex Pistols would make it one of the top music labels in the world. Today, his Virgin business covers everything from leisure and financial services through to commercial spaceflights.

Speaking with a British politician in 2013, the self-made billionaire questioned whether hands-on experience wasn’t, for some people, more valuable than school: “University is definitely important if you’re learning science, if you’re learning technology, or if you want to be a mathematician … but the real question is can it teach people entrepreneurship? Or is it better that people actually get out into the real world and learn by throwing themselves in the jungle?” The title of his 2012 book might give you a clue as to where he stands on this: Secrets they won’t teach you at business school.

Facebook co-founder Mark Zuckerberg launched the social network in February 2004 as a Harvard-only site, but quickly expanded to several other US colleges. Zuckerberg dropped out of Harvard in his sophomore year to work exclusively on the project. 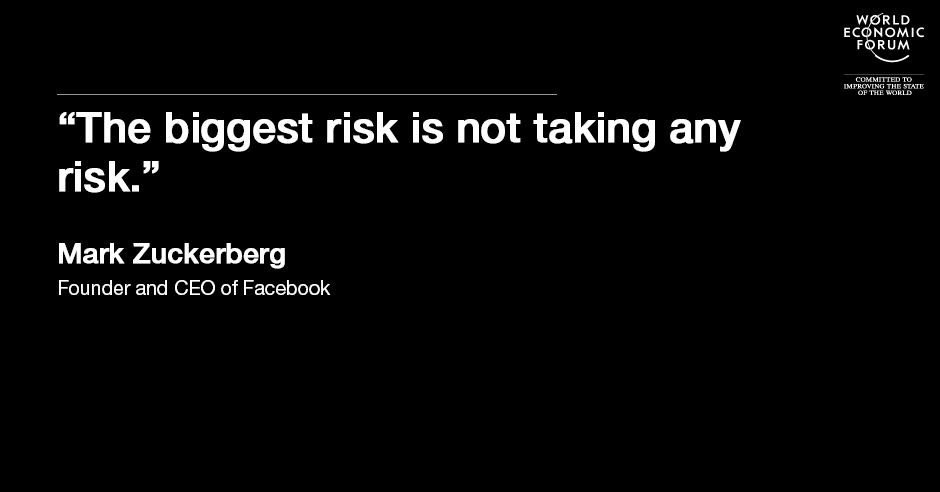 Leaving Harvard might have been a big risk, but it was one worth taking. Today, the site has almost 1.5 billion active monthly users and, after an initial public offering in February 2012, it became the fastest company in the Standard & Poor’s 500 Index to reach a market cap of $250 billion.

A college education was never something Oprah Winfrey considered an option: born in Mississippi, her early years were more about survival than anything else. Extreme poverty – she recalls having to wear potato sacks as overalls – sexual abuse and teenage pregnancies defined her childhood. 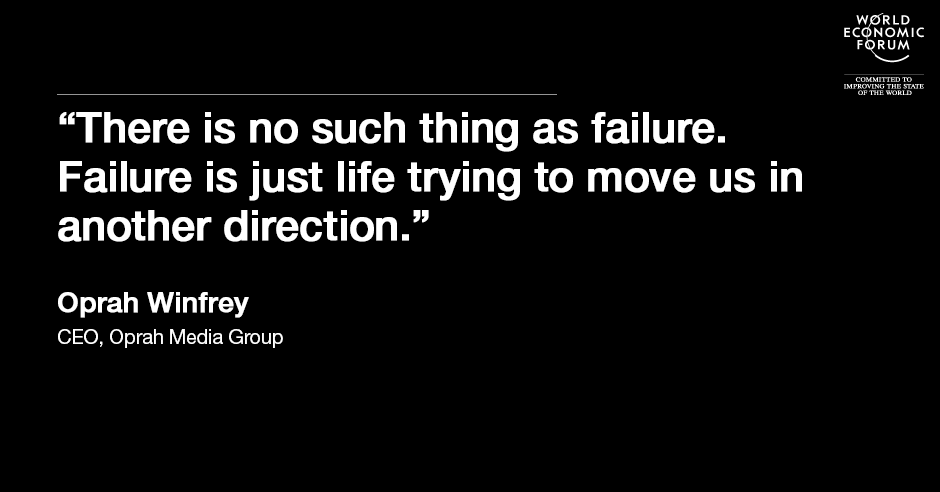 Against all odds, she won a full scholarship to Tennessee State University, where she started studying performing arts. While at college, she got a lucky break and was offered a job at a local radio station. As her career took off, she dropped out of college. Looking back, it was one of the best decisions she ever made: through hard work, grit and determination, she went on to be the most famous and successful talk show host in the world, and the fifth wealthiest self-made woman in the US.

Have you read?
61 inspirational leadership quotes
47 quotes on leadership worth repeating
Is university worth the cost?

Authors: Stéphanie Thomson is an editor at the World Economic Forum

Leaders in social entrepreneurship have had to rethink existing approaches during the COVID-19 crisis.

Business success depends on mindset. This study of African entrepreneurs explains why

For entrepreneurs in Africa, success can depend largely on mindset and culture.

Business management: how can you introduce new ideas?