What are Europe’s big challenges in 2016?

This article is published in collaboration with Chatham House.

In a number of areas, 2016 could be the year when international affairs begin at least to stabilise after the rollercoaster ride of unexpected crises seen since 2014. 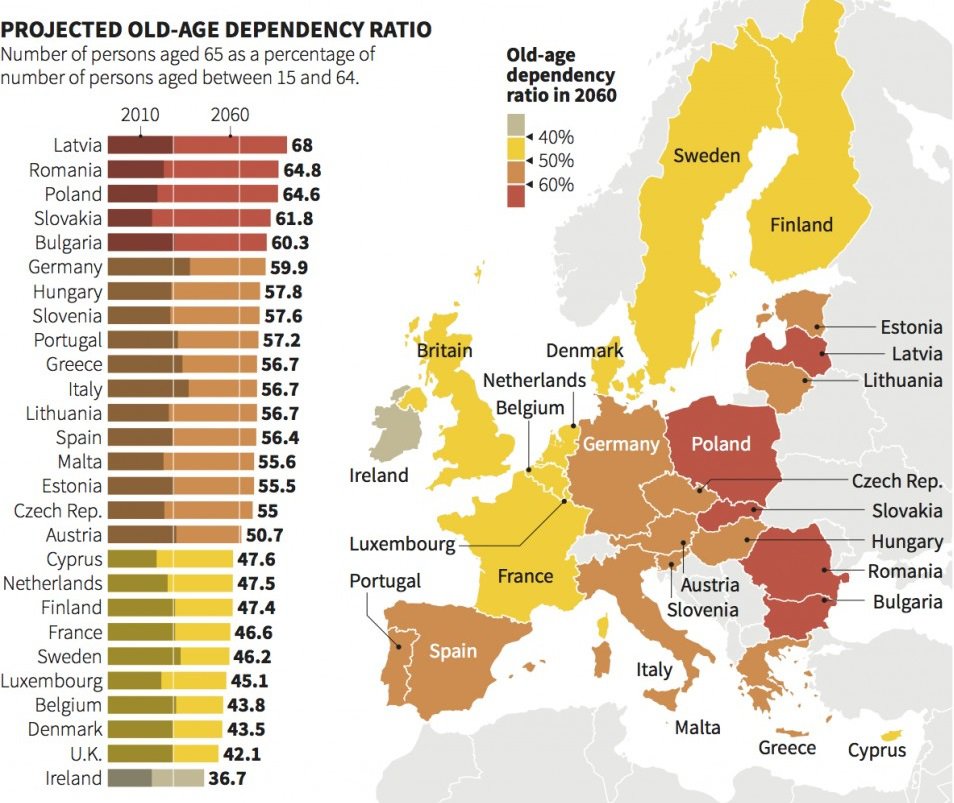 It is possible that the British people could get a vote as early as June on whether the country should remain in the EU or leave. This will be a seminal moment, not just for the UK, but for the EU as a whole.

For the UK, leaving would entail major diplomatic distraction and economic disruption while it negotiates the terms of its departure, the likely resignation of the prime minister, and steps towards a new referendum on Scottish independence.

Remaining in the EU would allow the government to focus on its economic agenda – including the still difficult objective of reducing the deficit and raising productivity – and on regaining a position of influence on issues of importance to its security, from the fight against Islamic State of Iraq and Syria (ISIS) to working with its EU neighbours on controlling immigration.

In the end, the EU referendum campaign will revolve not around the prime minister’s recent negotiations, but rather on whether the British people feel they will be safer, economically and personally, inside the EU or outside.

More than 1.8 million people entered the EU illegally between January and October 2015, with some 980,000 applying for asylum. These numbers include refugees from conflicts in Syria, Iraq and Afghanistan and economic migrants from the Balkans, the Middle East and Africa.

The European Commission has estimated(opens in new window) that, even if the EU accepted 1.4 million immigrants a year for the next three decades, the EU would still end up having two working-age people for every person aged over 65, compared with four today. So added numbers should be welcome.

But the concentration of large-scale immigration through the Eastern Mediterranean and Western Balkans and into a concentrated number of destinations (principally Germany, Hungary, Italy and Sweden) has thrown into sharp relief the inadequacy of the EU’s Schengen Agreement.

In 2016, EU governments will have under six months to prepare themselves for the next summer spike in migration flows across the Mediterranean. Arriving at consensus among EU member states will be very difficult, especially as the migration issue has strengthened nationalist parties across the EU.

But, even if Schengen is suspended, the scale of the challenge is likely to drive governments to strengthen external EU border controls, finance processing centres and better distribute arrivals across the EU.

An additional factor likely to drive EU governments towards a more unified approach to border management will be the fear of another terrorist attack by ISIS members or sympathisers in a European city. Such an attack is not just possible, but probable.

In 2016, however, ISIS will come under the double pressure of an intensified military onslaught from US, European, Russian and Arab forces and a likely UN-brokered ceasefire between the Assad government and the main rebel forces.

The prospect of ISIS entrenching itself on Europe’s borders will force external governments to make the necessary compromises that, if successful, would convert IS from a putative “state”, with attendant financial resources, into more of a guerrilla force and terrorist movement.

Even if ISIS continues to deny central governments in Damascus, Baghdad or Tripoli sovereign control over their territories, 2015 may come to be seen as the apogee of the movement.

Russia slowly out of the cold

President Putin may hope that his participation in operations against IS in Syria in 2016 will lead Western leaders to ease the economic sanctions that they imposed on Russia in the summer of 2014, at the height of the conflict in eastern Ukraine.

This would ease the growing stand-off between Russia, the US and its Nato allies, which has been a major destabilising factor in international affairs in the past 18 months.

It seems unlikely that EU sanctions linked to eastern Ukraine will be lifted without full implementation of the Minsk II agreement (including the Ukrainian government regaining control of the border between the Donbass and Russia, which remains a distant prospect).

However, both sides appear to want to cap the recent escalation of tensions, and easing sanctions could offer an interim path in 2016 towards a thaw in Russia-Western relations.

Although there will be no return to the status quo ante, 2016 could witness the beginning of two fundamentally different systems of economic and political governance finding a way to live together.

Revelations but not resolutions

There will be plenty of other foreign policy challenges in 2016, such as responding to China’s rise in East Asia, a possible worsening of the Israeli-Palestinian stand-off, or destabilisation in vulnerable countries from the gradual tightening of US interest rates or the persistence of low oil and other commodity prices.

The pressures driving migration to the EU will not disappear in 2016, nor will IS – especially if growing Saudi-Iranian tensions scupper a deal over Syria.

Implementing the trade agreement, including the Deep and Comprehensive Free Trade Area(opens in new window), between Ukraine and the EU in January will create another bone of contention with Moscow.

Also, if David Cameron wins the referendum to keep the UK in the EU, some Conservative MPs may choose to leave their party rather than toe the line of continued EU integration. With a narrow 12-seat parliamentary majority, this could cause serious domestic problems for the UK government.

But it is not unreasonable to take a more optimistic perspective. The West is adjusting, and 2016 may witness some stabilisation of the plethora of simultaneous international crises that have so stressed governments across the world for the past two years.

Author: Dr Robin Niblett is the Director of Chatham House.