Greener buildings are a business priority, not an option 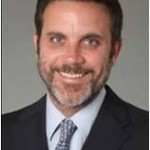 The expansion of multi-national businesses, demand for commodities and foreign direct investment are driving economic growth in Latin America. As a result, real estate investment opportunities are growing throughout many of the largest markets and cities in Latin American countries, and sustainability initiatives are playing a role in improving economic stability.

Recent industry research analysing Latin American real estate suggests a trend in these markets: the strongest performing economies, which are best positioned to grow and accommodate urbanization, are those that have made investments in sustainable real estate. These markets have witnessed lower office vacancies and spikes in development over the last year. For example, in Lima, Peru, 6.3% GDP growth helped the overall office vacancy rate fall to just 1.1%, while in Bogotá, Colombia, vacancies are at their lowest since 2008, despite a boom in construction.

As international companies and investors focus more on Latin American operations, cities are facing more pressure to address issues relating to energy efficiency and climate change. In response, Latin American businesses and communities are working with organizations and programmes, such as Carbon Disclosure Project’s Cities programme (CDP), that measure the impact of energy and sustainability initiatives.

Companies and economies must provide employees, customers and people in the wider communities with spaces that promote safety, health and well-being, starting with the quality of air they breathe and the water they drink. Investors need assurances that cities have sustainability plans in place that will accommodate population and economic growth and address climate change. Environmental sustainability has become a business priority, not an option.

Five years ago, I saw this trend in full force when a Mexico City office building was the first in the city to receive LEED Gold Certification from the US Green Building Council, which recognizes environmentally friendly construction. Fast-forward to 2013, and sustainable, energy-efficient practices are critical considerations for growth across all sectors. For example, Monterrey, Mexico – a sustainable industrial space – is one of the leading industrial hubs in all of North America. Recently, a global telecommunications provider rolled out sustainable management and construction practices across its 2,000 retail locations in six Latin American countries.

Cities like Rio de Janeiro and São Paulo, both of which hosted global climate summits in recent years, have helped to raise awareness in the region. In fact, the 2016 Olympics in Rio are expected to be the most sustainable Olympic Games ever, surpassing the benchmark set by London in 2012. 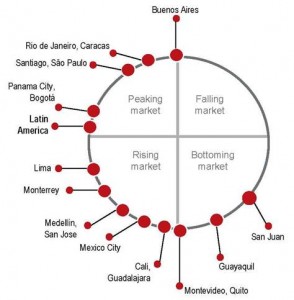 Nine cities across Latin America report data to CDP Cities, including five that measure and report carbon footprint data: São Paulo, Bogotá, Buenos Aires, Rio de Janeiro and Curitiba. Relative to other reporting cities around the world, those five share all the characteristics of low emission cities; for example, all have relatively large populations and are densely populated – two factors that help minimize per-capita environmental impact.

These moves towards sustainability are helping Latin American cities compete on a global stage. Sustainability is an increasingly important focus in order to ensure clean air and water, infrastructure for transportation and waste disposal, and building standards that promote the well-being and productivity of workers.

Image: The glass facade of a building in Rio de Janeiro REUTERS/Ricardo Moraes

An epidemiologist and an exposure scientist explain: how to stay safe when flying

An exposure scientist and infectious disease epidemiologist walk readers through what to consider and how to minimize risks when it comes to air travel.

Paloma Beamer and Kacey Ernst · The Conversation 25 May 2020

The economic fallout from COVID-19 is accelerating the need for fuel and food at the expense of the world's forests, according to 'The State of the World's Forests 2020' report.

What if nature became a legal person?