What Plato tells us about your moral choices

I recently wrote a book that dusted off the ancient figure of Plato and had him partake in contemporary dialogues on the kinds of questions he first posed and that continue to vex us.

I first take my Plato to Google’s headquarters in Mountain View, California – the “Googleplex”. There, he not only falls into a discussion with a software engineer on whether ethical questions can be answered through crowdsourcing but also acquires a Chromebook. My Plato loves the idea of the information cloud – so abstract, so Platonic – and his incessant googling soon brings him up to speed on the scientific and technical advances we’ve made since he last spoke to us.

But it’s the moral advances we’ve achieved that amaze him more. Moral concerns were always at the centre of his thinking. For him, the job description of “philosopher” entailed the responsibilities of moral reformer. And yet many of the moral truths we now take for granted had never occurred to him.

For example, though Plato did argue in The Republic that Greeks ought not to enslave other Greeks, this didn’t extend to the manumission of “barbarians”, which was the Greek word for non-Greeks (because to Greek ears all non-Greek languages sounded like so much “bar, bar, bar”). Plato, no more than any other ancient Greek, including his brilliant student Aristotle, never thought to question the institution of slavery, the whole abominable notion of one person owning another. Nor did he question the presumption that Greek lives mattered more than non-Greek lives.

So were he to fast-forward into our day, Plato, who opined that the unexamined life is not worth living, would have much accelerated examining to do. Plato’s media escort, an assertively non-philosophical person, responds to his question on why slavery is wrong with words that seem to her too obvious to utter: “A person is a person, Plato. Everybody’s life is just as important as anybody else’s, and if you don’t know this simple truth for yourself, then just go ask them.” But as obvious as it might seem, this conclusion has taken us millennia to arrive at (and in many ways we’re still in the process of fully arriving at it).

Turning our backs on the heretic-burning past

So how have we done it? How have we collectively given our assent to a “simple truth” that once eluded the most profound moral minds? How have we continued to make progress, so that we can look back at the slave-owning, wife-beating, child-brutalizing, heretic-burning, racially-biased, colonizing generations that came before us and wonder how they failed to see that people just shouldn’t behave that way?

Plato himself believed that we make moral progress through the faculty of reason. Many of the best moral philosophers, from Baruch Spinoza and Immanuel Kant, to John Rawls and Peter Singer, have agreed. Moral progress, they have held, is essentially an intellectual process, proceeding by way of reasoned arguments.

This is a view that elevates philosophers to Very Important People. (Plato, you may remember, advocated for philosopher-kings.) Nevertheless, many philosophers have rejected the autocracy of reason in our moral lives, siding with David Hume’s assertion that “reason in itself is perfectly inert”. No purely abstract argument can get us to do anything if we don’t want to. Mere mentation has no muscle.

Do emotions make us moral?

So what, then, can move us, if mere arguments cannot? The answer that suggests itself is: emotions. There are moral emotions, notably empathy, that can accomplish what no bloodless ratiocination can. They make us want to take into account the situation of others because, if only in a shadowy kind of way, we feel those situations. The more we feel, the more morally we act. Moral progress, pace Plato and his troupe of sober reasoners, is an emotional process. Strengthen our empathy and we further our progress.

With the focus pivoting from reason to emotion, moral philosophy gives way to moral psychology, a subject for empirical investigation. And with its rising prominence, which has increased its explanatory scope by incorporating ideas from evolutionary biology, psychology has had ever more to say about our moral lives. Here’s a rough outline of what it has had to say:

There is, first of all, such a thing as human nature, and the explanation for it lies in natural selection. Such moral emotions as empathy are as much an outcome of the blind workings of adaption as our upright stance and opposable thumbs. But to see how the evolutionary story really works, we have to switch the level of focus from individuals to genes, which is where the drama of natural selection plays out. It’s not so much about the survival of the individual as the survival of the gene, which is effected by having copies of itself distributed in future generations. Traits carried by such successful genes become part of a species’ nature, human nature included.

So consider empathy. It’s an emotion that we feel most naturally and intensely for those who share the greatest proportion of our genes – our children, our parents, our siblings, and, by lessening gradations, our extended family and tribe. Our empathy for those genetically close to us is so strong that it can motivate us to sacrifice ourselves for them, which may not be the best strategy for our own individual survival, but makes perfect sense on the level of the gene. And so we have evolved to have feelings of empathy, however unequally we distribute them, feelings that can be modulated through cultural factors. 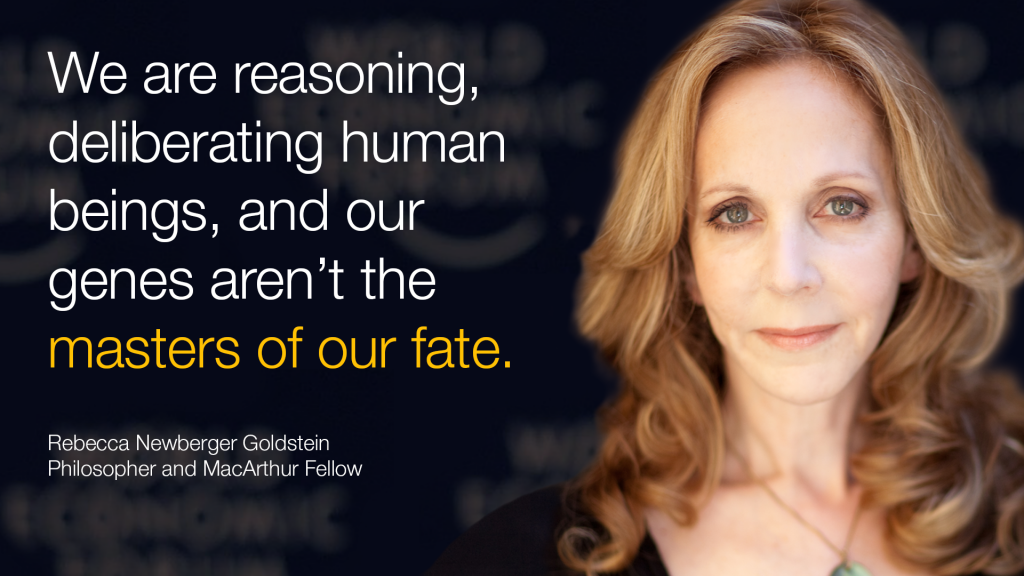 But of course, empathy is not the only part of our inherited nature that motivates how we act towards others. Consider, for example, xenophobia, which also comes with a compelling evolutionary explanation. We have evolved from primates who formed communities that collectively gathered the resources needed to sustain existence in a kind of life famously described by Thomas Hobbes as “nasty, brutish and short”. In such circumstances, more territory in which to gather and hunt promotes survival, and the best survival strategy is to treat outsiders as natural foes, preemptively killing them before they have the chance to kill you.

And so we have evolved not only with an acute sensibility to who is in our group and who is not, but also with feelings of suspicion and even hatred towards outsiders.

Can we say, then, that empathy and xenophobia have equal claims to being moral emotions, neither endorsing one nor condemning the other? If we restrict ourselves to the explanatory domain of moral psychology then we have no other choice but to embrace such relativism. A moral psychology that claims to tell the whole story of our moral lives can’t help but tell a relativist story, along the lines of, say, Jonathan Haidt’s influential book, The Righteous Mind. A moral psychology that claims to be the whole moral story has no basis for encouraging us to dampen our natural xenophobia and strengthen our natural empathy so that the latter extends to those who are not genetically entitled to our caring about them, those who are like us only in being human.

Our genes aren’t masters of our fate

But then there’s no reason at all to say that moral psychology tells the whole story. Natural selection has endowed us with emotions that have been, over the course of human history, moralized, but that doesn’t mean that all of them ought to be. Some can be justified, others cannot. There’s no reason why we can’t have our moral psychology and our moral philosophy: moral psychology to explain why moral progress is both possible and painfully slow, moral philosophy to clarify what constitutes moral progress and to push us in its direction.

We are reasoning, deliberating human beings, and our genes aren’t the masters of our fate. It would be a shame to be so bedazzled with the expanded explanatory powers of the behavioural sciences that we succumb to thinking that they tell the whole of our complicated story. That diminished story would not just leave out the account of how we made the moral advances of the past. More tragically, it would remove the basis for the hard argumentative work required to expand our moral advances into the future.

Author: Rebecca Newberger Goldstein is a philosopher and MacArthur Fellow.

Image: A girl sits on rocks during the summer solstice at the Kokino megalithic observatory, June 20, 2012. REUTERS/Ognen Teofilovski

The World Economic Forum has been podcasting since 2020. Find out which are our most popular episodes so far. Top economists and a movie star are among the favourites.

China has forbidden under-18s from playing video games for more than three hours a week - an hour per day, 8pm-9pm, on Fridays, Saturdays and Sundays.

Science denial: Why it happens and 5 things you can do about it