Lessons from the Ebola response

The number of people newly infected with Ebola has fallen dramatically since the peak towards the end of 2014. Liberia was declared Ebola-free on 9 May 2015. However, as long as there is one person who is infected with the virus, the outbreak can reignite. In recent weeks, the focus and precision of the response has been increased with a view to identifying all who are at risk of infection before they become ill. This is the key to reducing transmission and ending the outbreak. 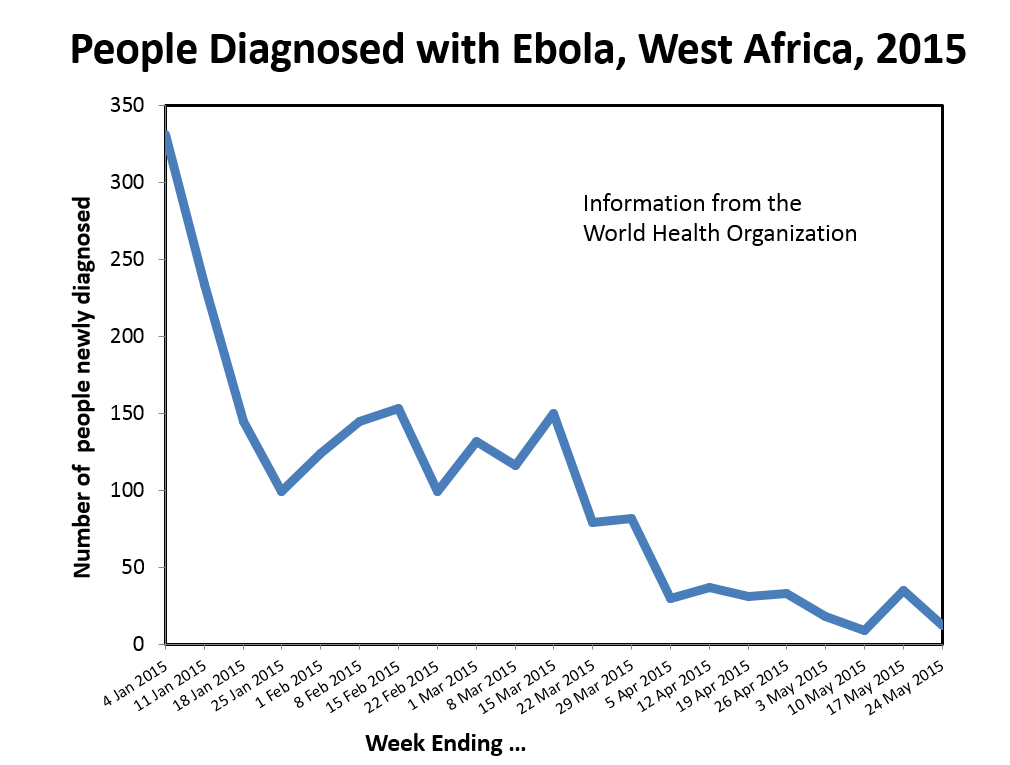 To reach this point the scale of the response has been extraordinary. Communities, faith groups, civil society, enterprises and governments of the affected countries have been backed by thousands of organizations from all over the world. They have demonstrated courage, commitment and a willingness to work together. The challenge, now, is to sustain this collective response until the outbreak is ended and to follow with a period of enhanced surveillance in case the disease returns. We know from earlier outbreaks that the chance of the virus returning within 24 months is significant.

Getting to zero and staying there

It is clear from previous outbreaks, and what we know about the epidemiology, that a well-coordinated effort is required towards the end of an outbreak. So much depends on the extent to which all people are willing to change time-honoured patterns of behaviour that – though important for the communities themselves – pose risks to their health. This is particularly the case when an outbreak of a contagious and serious disease is under way. The ending of the outbreak depends on communities owning it and responding to it effectively. It depends on painstaking epidemiology, contact tracing and follow-up by hundreds of “disease detectives” spread across the affected region. It depends on well-functioning support platforms that enable people and supplies to be moved where they are needed. It depends on open communication among community members and responders so that all involved are mobilized to the common objective of ending the outbreak and the recovery of basic services that are safe and effective. Most of all, it depends on trust among all stakeholders: the essential glue for completing the response. 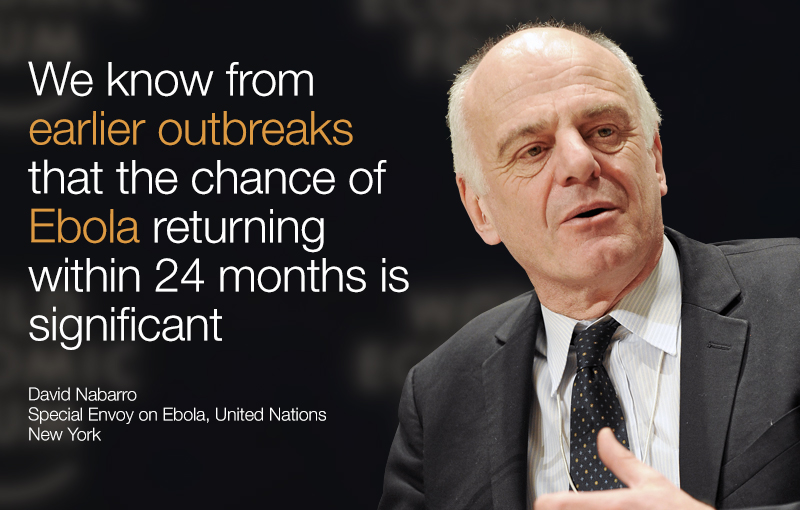 In recent months, the number of people diagnosed with Ebola infection has varied between 9 and 35 per week. It is a bumpy road. In the seven-day period to 24 May, there were only 12 people newly infected in Guinea and Sierra Leone. The numbers are tantalizingly close to zero. But not all new cases are known contacts of people with Ebola. That means that there are chains of transmission that are not defined. The weekly numbers could easily climb back up again and surprise us all.

The strength of communities

Identifying and defining transmission chains is only possible if communities are fully involved: to secure their engagement, responders – often working as volunteers – have gone door to door, spoken with people, engaged with religious, traditional and political leaders, and encouraged safer ways of dealing with people who are sick and burying those who die. These new behaviours are pivotal to reducing risks of infection and helping to prevent the spread of disease.

The Ebola outbreak reminds us that community engagement is the first step when any crisis is being managed. It needs to include and respect the sensitivities of all groups in all societies. In this outbreak, community engagement has led to people with symptoms being isolated and treated more rapidly, to increased acceptance of safer and dignified burials, to more effective tracing of those who are contacts, and better community hygiene practices such as hand washing. This is key to the creation of healthier and more resilient societies in the future.

The people who have led the response to this outbreak are usually working within communities and at treatment centres. Most of them work within national health services. They are effective individually, but their impact depends on the ways in which they are managed and coordinated. The effectiveness of coordination at district level has had a major influence on impact. Every day, the coordinators need to assess the progress of the outbreak and the effectiveness of the response. As fewer people are infected, the precision of the response should increase. Inevitably, good information is at a premium. Where were the latest alerts? How were they handled? What follow-up is needed? The coordinator needs to know what resources are available for the response. How many healthcare workers, contact tracers and community mobilizers? Where are they working and who do they work for? When the needs are matched to the response, the impact improves.

Coordinators try to appreciate the movements of the virus, often with patchy connectivity and limited resources. Which facilities should open or close and where should responders focus their attention next? Decisions and plans must be effectively passed to others, with all concerned knowing where to go and what to do. The information must also be shared with the wider public so they know what is being done and why – and what they can do to help.

The potential for innovation

Throughout the outbreak we have heard of the contributions being made by businesses: developing and applying new technologies for diagnosis, treatment and vaccination; establishing radio programmes to encourage community ownership; supporting community-based responses by sponsoring care centres; working with employees and communities to promote hygiene and resilience; developing mobile applications like mMobile for better communication between coordinators and health workers, establishing more reliable supply chains and operation support platforms; maintaining airbridges and keeping the ports open; facilitating the sharing of information more widely through data exchange platforms. Businesses have brought their expertise to bear in responding to challenges of inter-operability, responding to needs, efficiency and adaptability, and lack of access to electricity or cellular networks.

These examples offer a glimpse of how entrepreneurial vision, smart investments and effective partnerships can contribute to more effective action. Their collective energy is now being harnessed through the groundbreaking efforts of several foundations and organizations. These include the African Union’s Africa against Ebola Solidarity Trust (and the #AfricaAgainstEbola campaign), the Paul Allen Foundation, the Skoll Global Threats Foundation, the Rockefeller Foundation and the World Economic Forum.

Such partnerships will be vital for the prevention and response to future outbreaks, and key to equipping brave responders with the best the world has to offer. Meanwhile, all involved in the response should stay fully engaged, ensure the necessary finance for ending the outbreak and contribute to a much safer world for future generations.

The report, Managing the Risk and Impact of Future Epidemics: Options for Public-Private Cooperation, is available here.

Author: David Nabarro is Special Representative of the UN Secretary-General for Food Security and Nutrition and Special Envoy on Ebola at the United Nations

Image: A health worker checks the temperature of a girl at the entrance to a Red Cross facility in the town of Koidu, Kono district in Eastern Sierra Leone December 19, 2014. REUTERS/Baz Ratner

There are far more trees in the West African Sahara Desert than you might expect, according to a study that combined artificial intelligence and detailed satellite imagery.

Demand for digital skills training in Africa is set to surge in the coming decade. Here's what educators, governments and businesses can do to meet it.

One stillbirth occurs every 16 seconds, according to the UN - and most are preventable

This Is How Africa Has Contained Coronavirus So Far