Which countries have more mobile internet connections than people?

There has been a rapid expansion in the use of mobile internet in recent years, but OECD figures reveal just how varied the picture is in different countries.

In Finland there are 132 mobile broadband subscriptions per 100 inhabitants. That’s some way ahead of even the next most connected nation, Japan, on 116.

There are now seven OECD nations which have reached more than 100 subscriptions per 100 inhabitants. 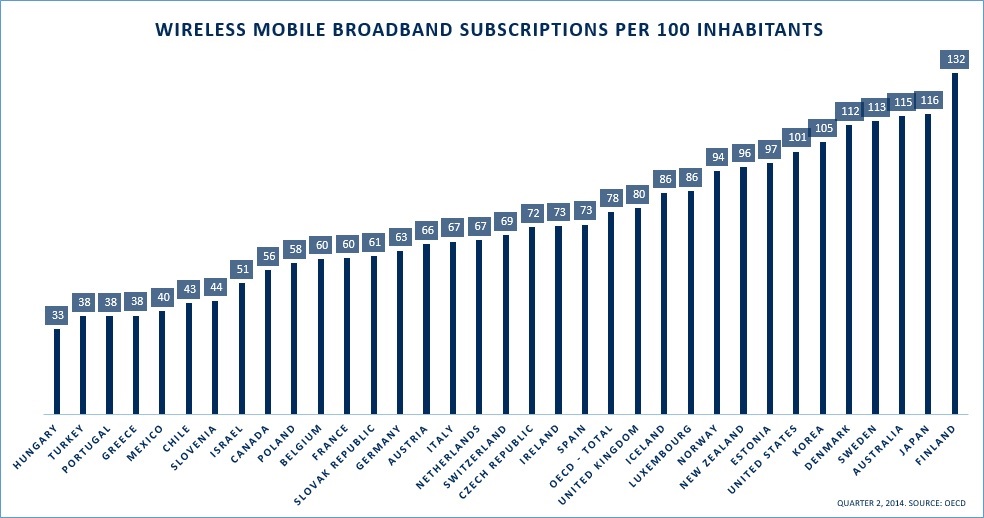 At the other end of the scale, Hungary is lagging the furthest behind with just 33 subscriptions per 100 people. The figure for Canada – 56 – is in stark contrast to its Commonwealth sister, Australia, which stands at 115.

Wireless mobile broadband subscriptions are mobile subscriptions that advertise data speeds of 256 kbit/s or greater. All figures are from the second quarter of 2014, the latest period for which data is available.