Who owns who in global media?

UK-based media conglomerate Pearson has made headline news twice in the past week. First, the company confirmed the $1.3 billion sale of the Financial Times Group to Japan’s Nikkei, then revealed it is in talks to sell its 50% stake in the Economist.

The graphic below shows how the deal to sell the Financial Times compares with other global newspapers’ mergers and acquisitions. 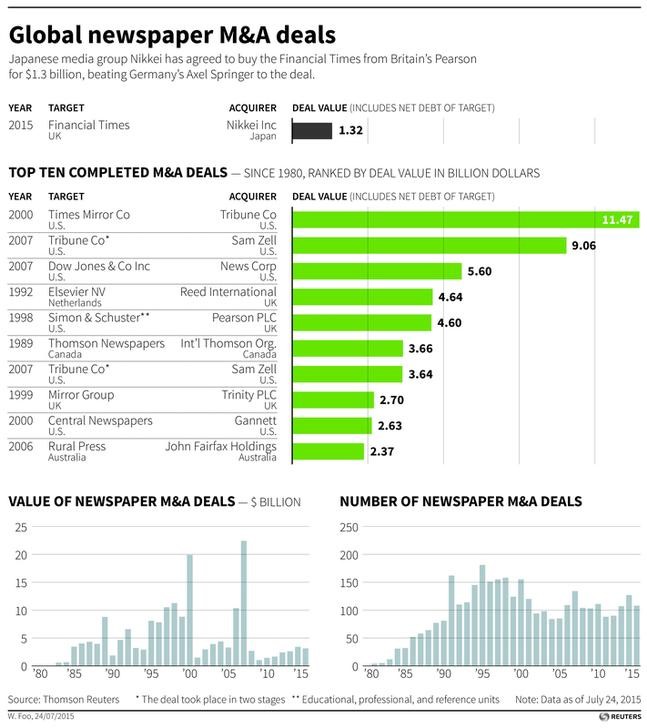 While media takeovers are hardly a modern phenomenon, the past week’s developments do shed light on a growing trend of globalization in media. This can also be seen through digital companies like BuzzFeed expanding their offices around the world, and others such as Axel Springer (who missed out on the FT deal) looking to invest and expand with global media partners.

For many years, the United States has been home to the world’s largest media companies and conglomerates, including broadcast and newspaper giants Comcast, Time Warner, the Walt Disney Company and News Corp, as well as digital giants like Google and Facebook.

However, what the Nikkei/Financial Times deal (and growth of multimedia brands such as China’s Baidu) highlights is the rise of dominant media forces outside US borders.

So who owns who? In the tangled world of media, here’s a (non-exhaustive) overview of some of the bigger ownership relationships in the media industry today. 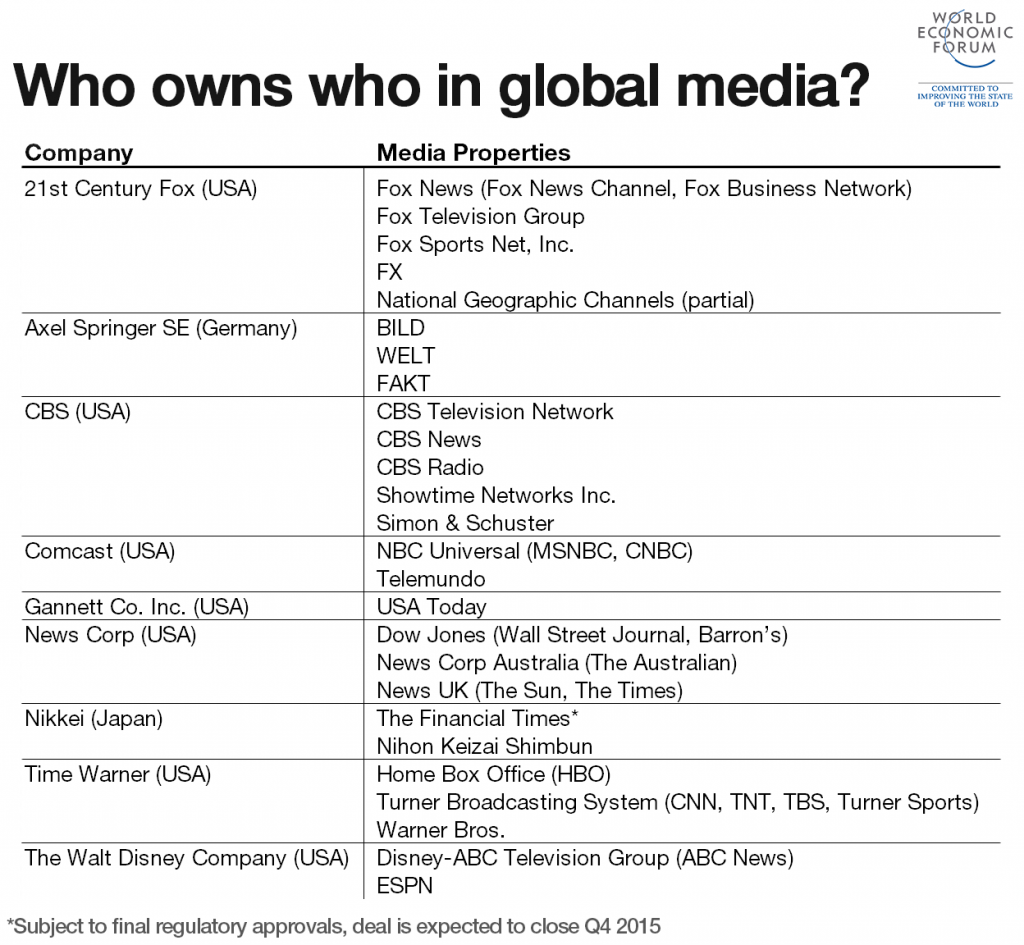 Have you read?
What does the future hold for media?
The world’s 50 most innovative companies
How Google is redrawing the map

Image: Copies of the Financial Times newspaper sit in a rack at a newsstand in London, Britain July 23, 2015.  REUTERS/Peter Nicholls