Which countries generate the most power from renewables?

News that India has opened the first airport to be entirely powered by solar energy has underlined the growth in renewable energy. The sector has been growing strongly despite the dramatic fall in the price of oil and last year 59% of all new power generated around the world came from renewable sources.

The latest report from REN21, the global renewable energy policy network, shows that renewables made up an estimated 27.7% of the world’s power generating capacity at the end of 2014. 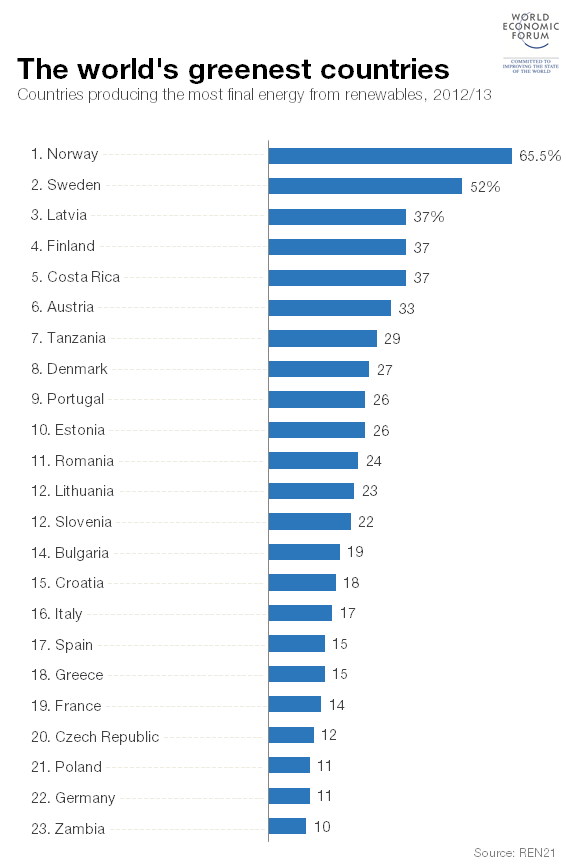 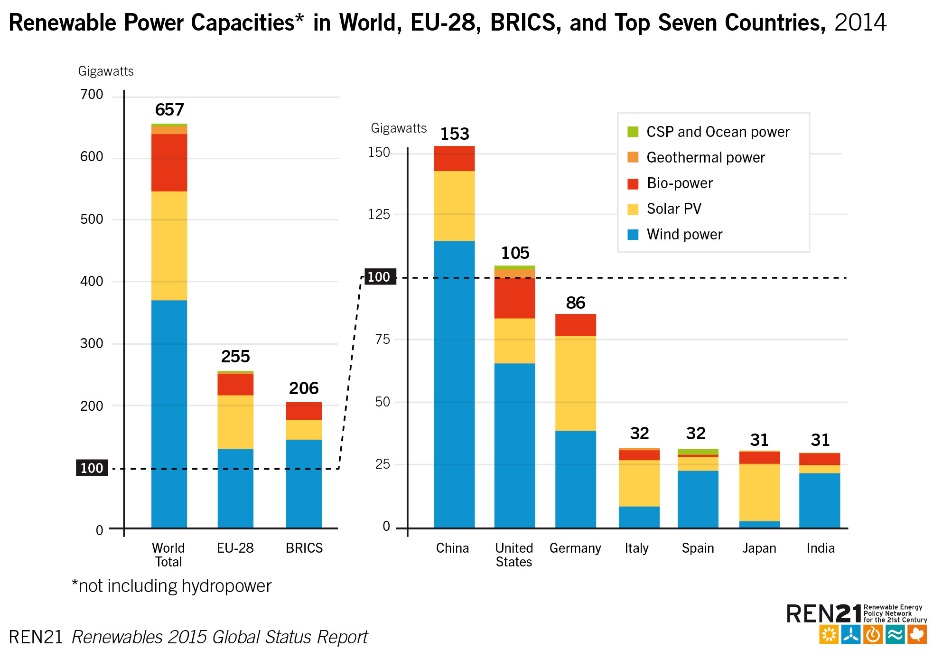 China leads the world in renewable-power capacity, with the United States some way behind in second place. Germany comes next, but only if hydroelectric power is excluded from the calculation. If hydro is included then Brazil takes the third spot.

Things look very different when capacity is measured on a per capita basis, with the top five countries all in Europe: Denmark, Germany, Sweden, Spain and Portugal.

Image: A prototype sun tracking solar panel made by Concentrix Solar collects energy from its location at the University of California San Diego February 10, 2011. REUTERS/Mike Blake

These are the key factors driving the growth of renewables