Mental health conditions have often mistakenly been associated with weakness, and the stigma of being labelled “mentally ill” is sometimes as big a burden as the condition itself. While mental health literacy might be improving, too many of us still believe in dated ideas such as the one that says people with mental health problems can’t hold down a job.

In fact, some of our most iconic leaders suffered from mental health conditions.“Mania enhances creativity and resilience to trauma, while depression increases realism and empathy,” writes Nassir Ghaemi, a professor of psychiatry, who has carried out extensive research on the link between mental illness and leadership.

Ghaemi’s research not only proves that people suffering from a mental health illness can be great leaders – it also suggests they can make better leaders: “When times are good and the ship of state only needs to sail straight, mentally healthy people function well as political leaders. But in times of crisis and tumult, those who are mentally abnormal, even ill, become the greatest leaders.”

As these four inspiring leaders show, it’s time to dispel the myths of the past and stop stigmatizing something that affects one in four people at some point in their lives. We must listen to Ghaemi’s words and recognize that for some people, “their weakness is the secret of their strength”.

According to letters written by his friends, Lincoln was “the most depressed person they’d ever seen” and it seems from research that depression ran in his family.

But it wasn’t always that way. As a young man, acquaintances remembered him for his sunny disposition: “I never saw Mr Lincoln angry or desponding,” said a fellow soldier in the Black Hawk War, “but always cheerful.” After several personal tragedies – including the death of his sister and a close friend – he started to suffer with bouts of depression. They were sometimes so extreme that friends worried he would take his life: “Lincoln was locked up by his friends … to prevent derangement or suicide,” one villager in New Salem said.

In Lincoln’s Melancholy: How Depression Challenged a President and Fueled His Greatness, Joshua Wolf Shenk shows how the president who led the US through its bloody civil war managed to turn his suffering into strength. 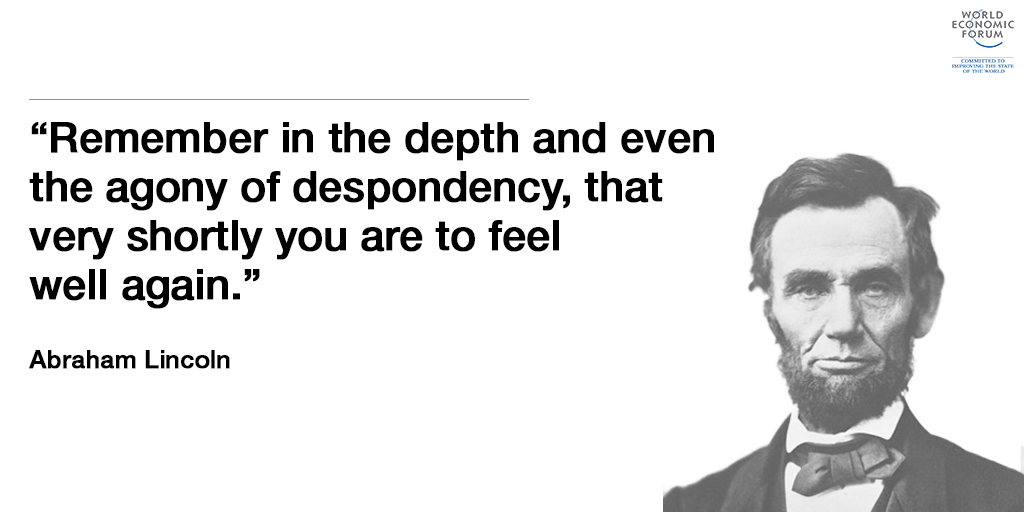 Churchill spoke very openly about his depression and went through a particularly severe period in the years before the First World War: “For two or three years, the light faded from the picture. I did my work. I sat in the House of Commons. But a black depression settled on me,” he later told his doctor.

According to a recent biography, the legendary British wartime leader found great comfort in creative activities: “His creative-depressive personality meant that writing (or painting, or bricklaying) was a way of keeping the ‘black dog’ of depression at bay.” As a result, he produced more words than Shakespeare and Dickens combined, and while now famous for his political leadership, he also became one of the highest paid journalists of his time.

But the shadow of depression followed him most of his life: “I don’t like standing near the edge of a platform when an express train is passing through. I like to stand back and, if possible, get a pillar between me and the train. I don’t like to stand by the side of a ship and look down into the water. A second’s action would end everything. A few drops of desperation.” 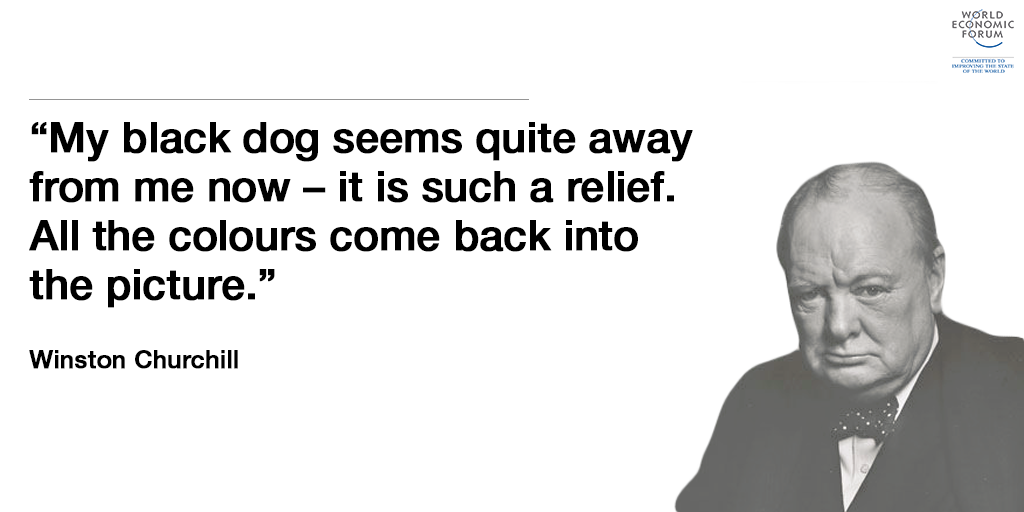 Despite being one of the most widely researched leaders of modern times, very little is ever written about Martin Luther King Jr’s experience with depression. As a 1968 Time Magazine profile of him notes, he twice attempted to commit suicide before the age of 13, following the death of his grandmother.

He suffered several bouts of severe depression, and shortly before he was assassinated, his staff even tried to get him psychiatric treatment, which he turned down. But it was one of the characteristics often found in people who suffer from depression – an extreme form of empathy – that drove the civil rights leader to achieve all he did. Addressing a conference of psychologists in 1967, he dismissed their desire to always “cure” maladjustment: “There are some things concerning which we must always be maladjusted if we are to be people of good will.” 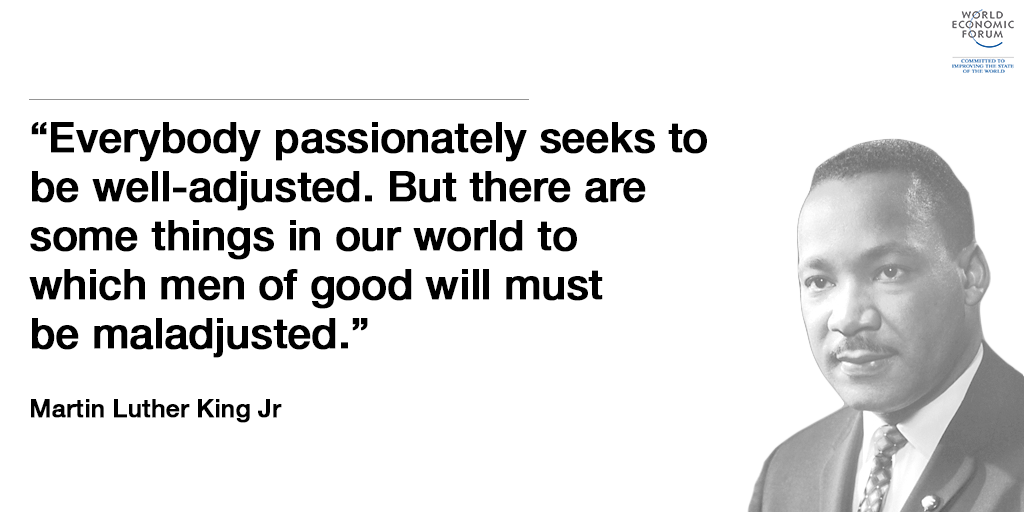 After marrying the heir to the British throne, Princess Diana was propelled into the public spotlight. The intense pressure and scrutiny of her new role left her feeling desperate and alone. Although she did not speak about it at the time, she opened up in a 1995 interview with the BBC: “I had never had depression in my life. But then when I analysed it I could see that the changes I’d made in the last year had all caught up with me, and my body was saying: we want a rest.”

Rather than receiving support, her struggles with mental health problems were the source of scorn and amusement in the British press: “It gave everybody a wonderful new label – Diana’s unstable and Diana’s mentally unbalanced. And unfortunately that seems to have stuck.”

The stigma of these labels pushed her further into depression: “When no one listens to you, all sorts of things happen.” She started to self-harm and struggled with bulimia for a number of years. “I didn’t like myself; I was ashamed because I couldn’t cope with the pressures.” 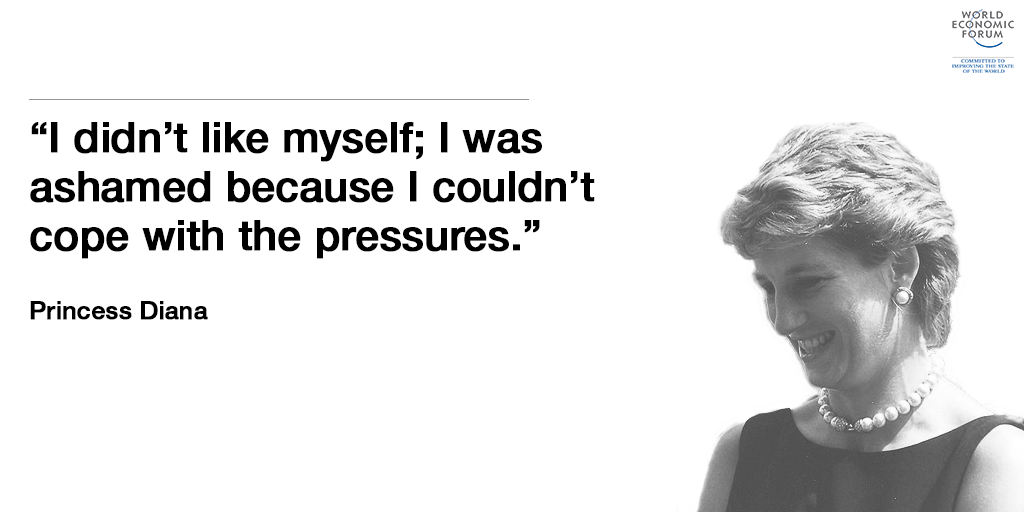