Immersion in virtual reality gives you the sense of being physically present in a non-physical world. In the real world it is almost impossible to recreate a fantasy according to your own choices, but many devices on the market today can provide a completely virtual experience.

Over the past several decades, technology has developed into a tool that is rapidly advancing mankind. The internet, for example, holds an almost infinite amount of information. However, our experience with technology is currently limited to a two-dimensional screen and button (keyboard and mouse).

In the coming decades, we foresee an immersion into technology, whereby the barrier between the real and virtual worlds is blurred. As the barrier becomes more permeable, new applications will allow us greater productivity and creativity, and more capabilities than ever before. Virtual reality spaces (such as Immersive Fullspace Projection) and devices like head-mounted displays (e.g. Oculus Rift) will make their way into every sphere, from business to medicine.

At the World Economic Forum’s Annual Meeting of the New Champions in Dalian this year, we provided visitors with two forms of virtual-reality experience: the individual and the shared. In the Cave Dome, with the help of a technology called 360° Fullspace Projection, the public was invited to step into a 3D replica of a 1,500-year-old cave full of Buddhist art. Over in the Virtual Reality Dome, visitors were transported into the world of a Syrian girl living in a Jordan refugee camp. I observed people in tears after both immersive experiences, with a longing to explore the topic further. It demonstrates how virtual reality can blur the boundaries between real and imaginary worlds and forge a strong emotional bond between people and the content they are exposed to. This magic of being present changes everything.

The immense number of visitors to both domes showed the increasing interest in both the content and the medium it was presented in. Most intriguing have been the forward-thinking discussions arising from the experiences: such as debates about protecting World Heritage sites such as Palmyra, or how telemedicine and psychological treatments could be used to cure phobias and support patients in clinical wards. It was clear that the development of visuals and audio could add to the future of digitalization and the internet of things in all areas from diagnostics to therapies. 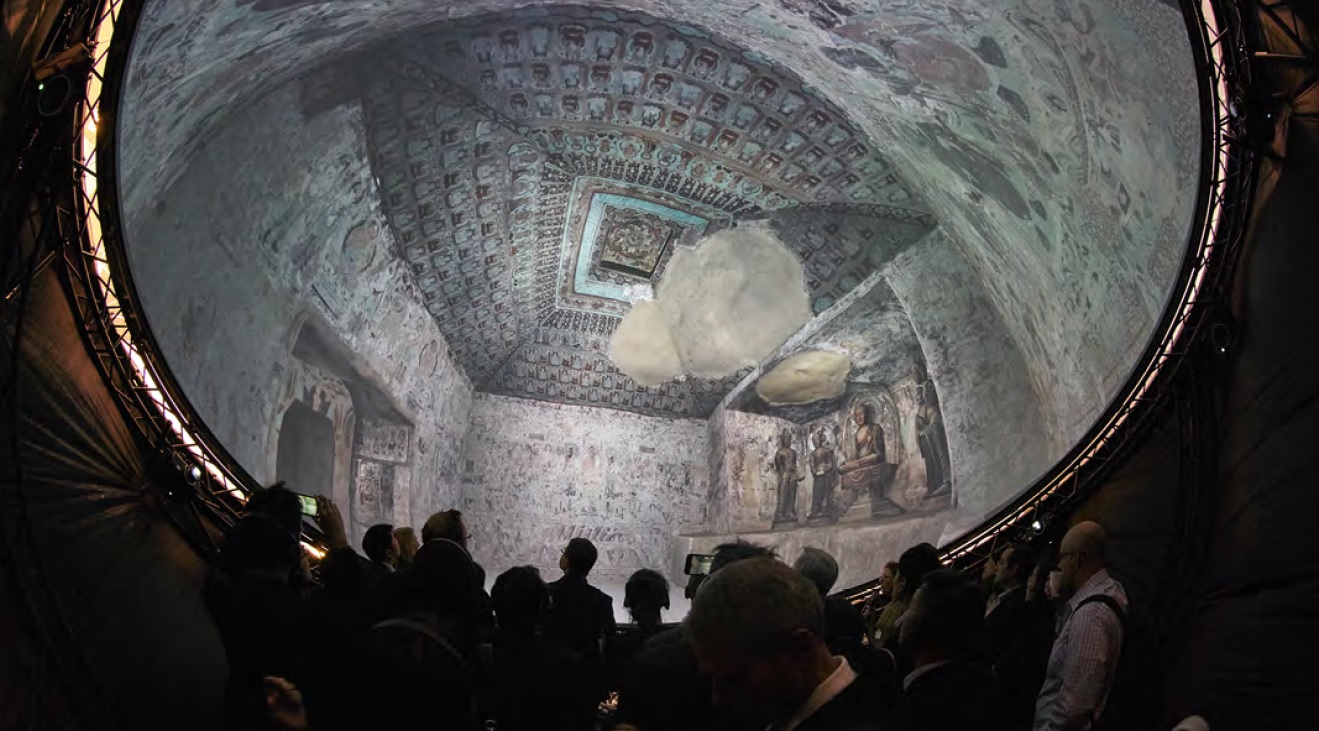 Fisheye lens image of the inside of the Cave Dome, in Dalian

Regardless of whether a focused individual experience or a shared group experience is provided, or whether an encapsulated immersion or a more spacious immersion results in better group interactivity, there is one element that both have in common: content. Can content be created to suit all situations? Perhaps a shared platform is the answer and content creators should work to support cross-platform implementation?

Content producers are already using Oculus Rift, Google Cardboard and similar devices to develop and preview content to potential audiences. So with minimal extra effort, the same content can be used in both shared and individual experiences to shift perspectives and increase group interactivity.

Author: Gordian Overschmidt is Chief Marketing Officer of ZENVISION. In 2010 he initiated and launched the network “International Fullspace Projektion – 360°lab”, supported by the German Federal Ministry for Education and Research, and co-published the textbook Full Space Projektion.