Where is Europe’s cheapest office space?

Europe’s cheapest prime office space can be found in Bucharest, where $100m will buy you over 350,000 square feet. This is the finding of Knight Frank’s 2015 Skyscraper report.

The report investigates the price of prime office space around the world, including in Europe. The following chart shows how much prime office square footage $100m will buy you in European cities. 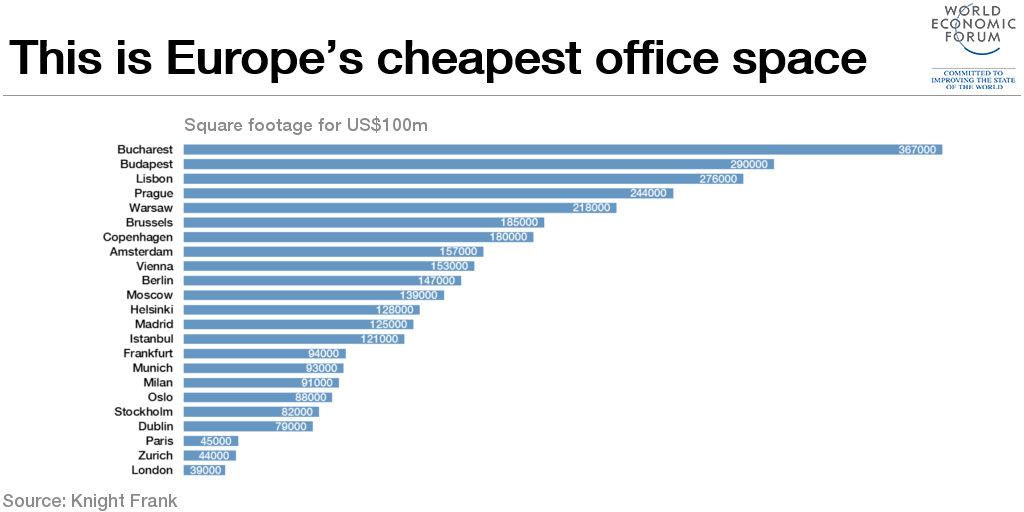 Europe’s cheapest office space is generally found in Eastern Europe, but Western European centres do feature high up the list – including Lisbon, Brussels and Copenhagen. The lowest square footage is found in some of Europe’s established financial and commercial centres – London right at the bottom, and Zurich and Paris.

Image: A worker cleans the windows of an office building in downtown Bucharest May 28, 2014. REUTERS/Bogdan Cristel