It is often said that a rising tide lifts all boats. Experience tells us that the same is not necessarily true of a growing economy. In both developed and developing economies, the benefits of growth are seldom evenly distributed.

This did not always matter. For the proponents of trickle-down economics, the belief was that rising incomes at the top end of the spectrum would lead to more jobs, less poverty and higher incomes at the lower end. According to this thesis, as long as an economy is growing, the benefits will eventually make their way through the system.

Variations of this thinking have been taught to business and economics students for decades, leading to what many would describe as an unhealthy obsession with GDP as the most reliable measure of economic success. However, like a driver who focuses solely on their speed, an economist evaluating nothing but GDP is bound to miss important warning signs along the road. 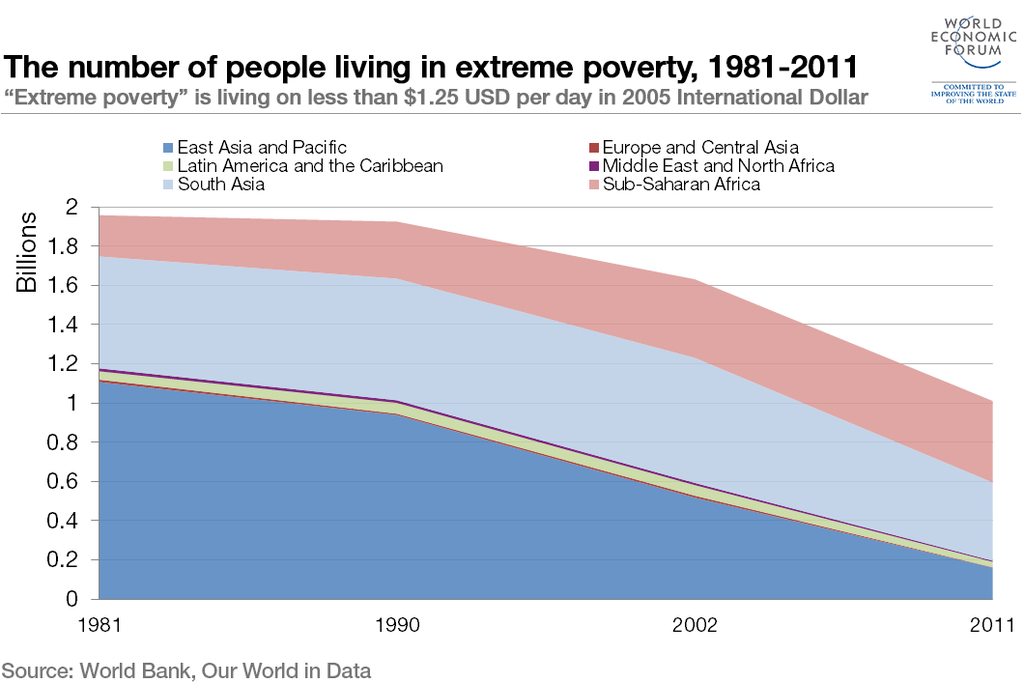 In fact, a research study published by the IMF in June claims to have debunked the theory of trickle-down economics. Not only did it find that the benefits of growth within an economy are rarely spread evenly, but also that an unequal rise in incomes can actually slow the rate of economic growth altogether.

According to the report, a 1% rise in income for the wealthiest 20% of a society alone is likely to shrink annual growth by 0.1% within five years. By contrast, raising the income of the poorest 20% by a single percentage point increases annual growth by 0.4% over the same time frame.

When it comes to eliminating poverty, the degree to which the benefits of growth are shared can have a significant impact on outcomes. According to Martin Ravallion, the former head of research at the World Bank, as cited in The Economist, a 1% increase in incomes in the most unequal countries produces a mere 0.6% reduction in poverty; however in the most equal countries, it yields a 4.3% cut. In other words, societies can get much more ‘bang from a boom’ if they ensure benefits are more widely shared.

This brings us to the point at which trickle-down theory ends and inclusive growth begins. According to the Organisation for Economic Cooperation and Development (OECD), inclusive growth is “a new approach to economic growth that aims to improve living standards and share the benefits of increased prosperity more evenly across social groups”.

Inclusive growth refers to both the pace and pattern of growth, which are considered interlinked and therefore need to be addressed together. Inclusiveness represents equality of opportunity in terms of access to markets, resources and an unbiased regulatory environment for businesses and individuals. In a nutshell, it is not just about the quantity of growth within our economies and societies, but also about its quality.

The need for more inclusive growth is clear. According to the OECD, the top 1% of earners between 1976 and 2007 absorbed 47% of income growth in the United States, 37% in Canada and 20% in both Australia and the United Kingdom. This matters, because widening inequality has been shown to lead to a range of social and economic challenges for societies over time. These include both social and political instability, not to mention the sheer waste of potential that occurs when large swathes of populations do not have the opportunity to improve their situation.

As the push for more inclusive growth gains momentum around the world, it is imperative that our youth, and particularly business students and budding entrepreneurs, are introduced to this more comprehensive measure of economic progress at the outset of their careers. As our business leaders of tomorrow, their understanding of what constitutes sustainable economic growth will have major implications on the business decisions they make in the future.

Today’s business leaders can catalyse inclusive growth by applying equal opportunity employment principles, paying equitable wages and benefits to employees, and adopting ethical procurement and supply chain practices. This is not a new concept – the Fair Trade movement started decades ago helped producers in developing countries achieve higher social and environmental standards to promote sustainability. Trading partnerships based on dialogue, transparency, and respect that seek greater equity in international trade reduce the chance of people being left behind.

Another way that business leaders can contribute to inclusive growth is by providing basic services and infrastructure to previously excluded communities. Just last week, for example, a number of business pioneers, including Bill Gates and Mark Zuckerberg, signed a “connectivity declaration” aspiring to deliver internet access to everybody on earth by the year 2020. In today’s technology-driven world, internet access can be a powerful force for social and economic inclusion.

Successful inclusive growth is to a large extent linked to combating social and financial inequality, and the generation of productive employment, rather than just income redistribution. In the OECD’s words, “employment prospects, job quality, health outcomes, education and opportunities to build wealth over time” are equally important to the well-being of people and communities. The state of the environment is also significant.

These are the tangibles and intangibles that inclusive growth can bring to our economies and societies if we, as both citizens and members of the business community, choose to make it a priority for our generation and the ones that will follow.

During the course of the past week at the 70th UN General Assembly in New York for the launch of the Sustainable Development Goals, I witnessed countless representatives of government, business and civil society grappling with how to satisfy the needs of human beings within the limits of what our planet can provide. With business at the forefront of engaging with individuals and communities across the world, we have the potential, in this unprecedented time in human history, to promote economic growth that can truly lift every boat in the water.

Have you read?
How can we eradicate poverty by 2030?
The Global Goals need a business, as well as people, agenda

Author: Badr Jafar is the founder of the Pearl Initiative and the chief executive of Crescent Enterprises

Image: An aerial view of Pacaembu neighborhood is seen with the skyline of Sao Paulo April 12, 2015. REUTERS/Paulo Whitaker

How deglobalization is hurting the world’s emerging economies