How is wealth distributed around the world? 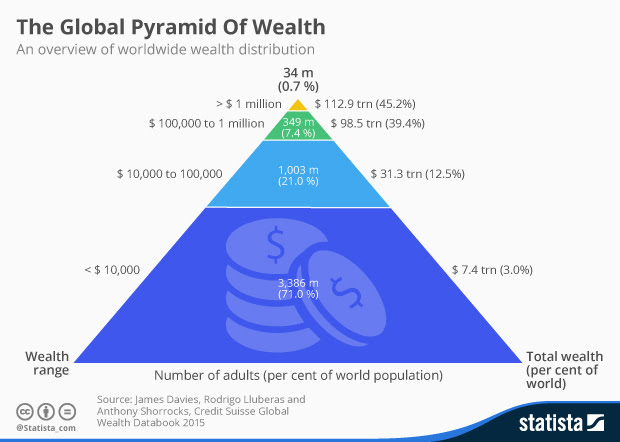 Have you read?
Who are the 1%? The answer might surprise you
Why the wealthy don’t understand income inequality
Can redistributing wealth also be good for growth?

Image: Residents are seen in the Villa 31 slum, which censuses show has grown 50 percent in the past four years to currently house some 40,000 people, near the 100-year-old railway station Retiro in the heart of Buenos Aires, February 9, 2014. REUTERS/Enrique Marcarian.

In charts: how economic sentiment has changed during COVID-19

73% of respondents in McKinsey's latest Global Survey believe that the economy will improve in the next 6 months, but that hasn't always been the case.

COVID has disrupted Africa's cotton production. Here's how soap could provide a solution