Which are the world’s most crowded cities?

Is your city too full? Are you struggling to squeeze on the bus every morning or wasting precious hours snarled up in traffic? Your senses could be deceiving you, according to some new data.

Despite giving the impression that they’re filled to bursting point with human traffic, several cities actually have an enormous amount of space. Take New York, for example: who would guess that a metropolis so teeming with life in fact only houses 4,500 people per square mile? That makes its population 25 times smaller than that of Dhaka in Bangladesh, or half the size of Paris.

This chart shows how cities around the world compare. New York has the fewest people per square mile, indicative of the low population density of urban America compared with the rest of the industrialized world. Dhaka, on the other hand, has 112,700. 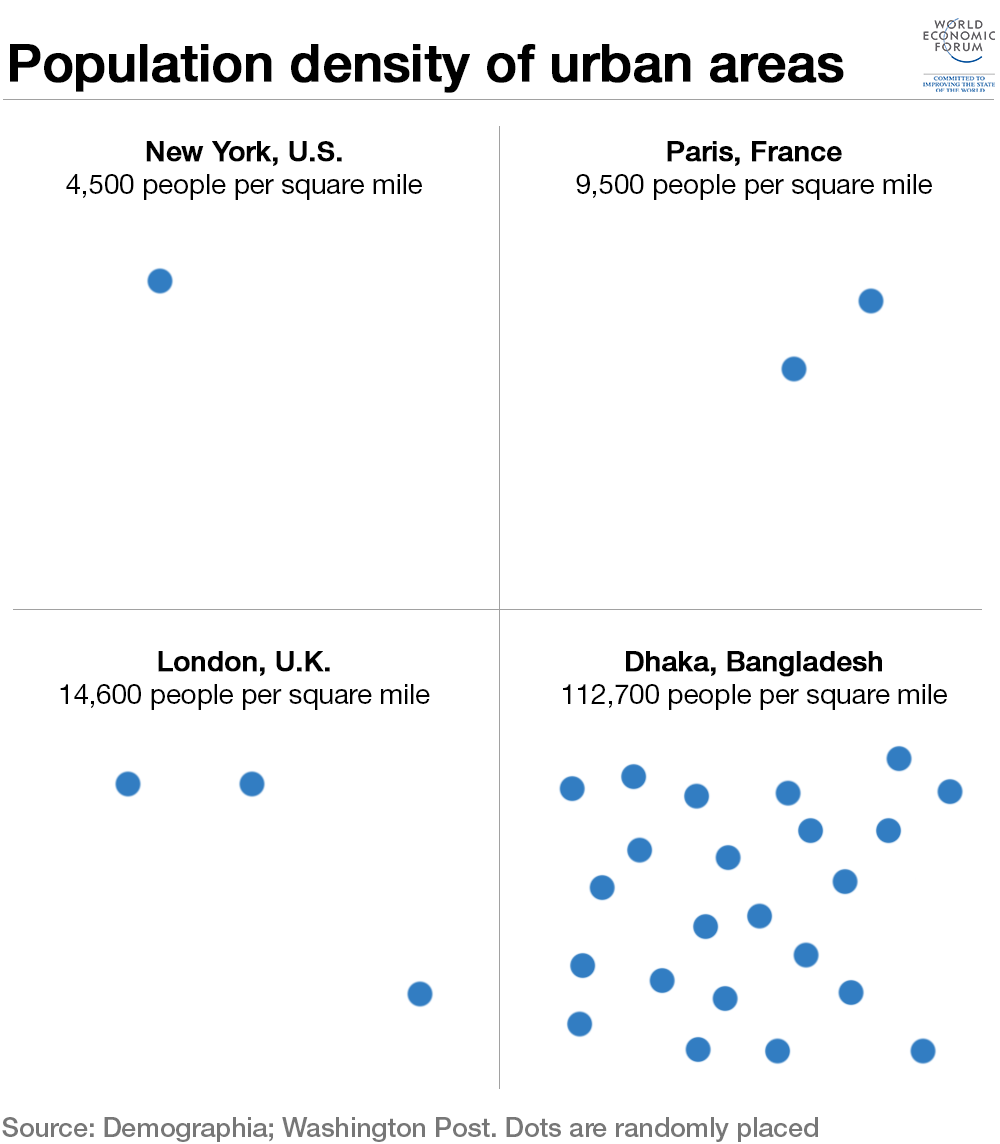 Overcrowding on pavements, subways, schools may seem a tangible problem, but in fact there is no way to define whether a block, neighbourhood or district has reached physical capacity. The concept of “full” is itself a fluid one: it’s really about the choices that residents and town planners are prepared to make.

Wonkblog’s Emily Badger writes: “Cities, in particular, are about trade-offs between hectic streets and vibrant economies, between scarce parking and neighbourhoods worth travelling to, between cramped subway cars and the mass of humanity that makes the subway possible.”

Click here to read more of Badger’s blog, where you’ll also find an interactive that allows you to compare your city to others around the world.

Have you read?
Which cities will contribute most to global growth?
These cities have grown the most since 1955
Where are the top 5 most liveable cities?

Image: People flock over the Brooklyn Bridge during a massive power outage in New York on August 14, 2003. REUTERS/Shannon Stapleton

This article has been amended. In an earlier version the chart placed Dhaka in India, rather than Bangladesh.

Researchers are looking at ways to reinvent concrete to reduce its effects on climate change. One solution involves locking up CO2 in bendable concrete.

Some cars run on petrol. Some run on electricity. But they all run on silicon and a shortage of computer chips is causing problems.

What can the Texas electricity crisis tell us about the future of energy markets?