Which countries have done the most to adapt to climate change?

Around the world, nations face the challenge of adapting to climate change by boosting their resilience and acting on areas where they are vulnerable. The University of Notre Dame’s Global Adaptation Index assesses a country’s ability to cope with the potential effects of climate change.

The following world map shows the progress the world has made from 1995-2014 in adapting to climate change. This is measured by calculating the difference between a country’s 1995 ND-GAIN score and its score in the most recent edition. The University of Notre Dame calculates the ND-GAIN score from a combination of a vulnerability score and a readiness score, which are based on 45 separate indicators. 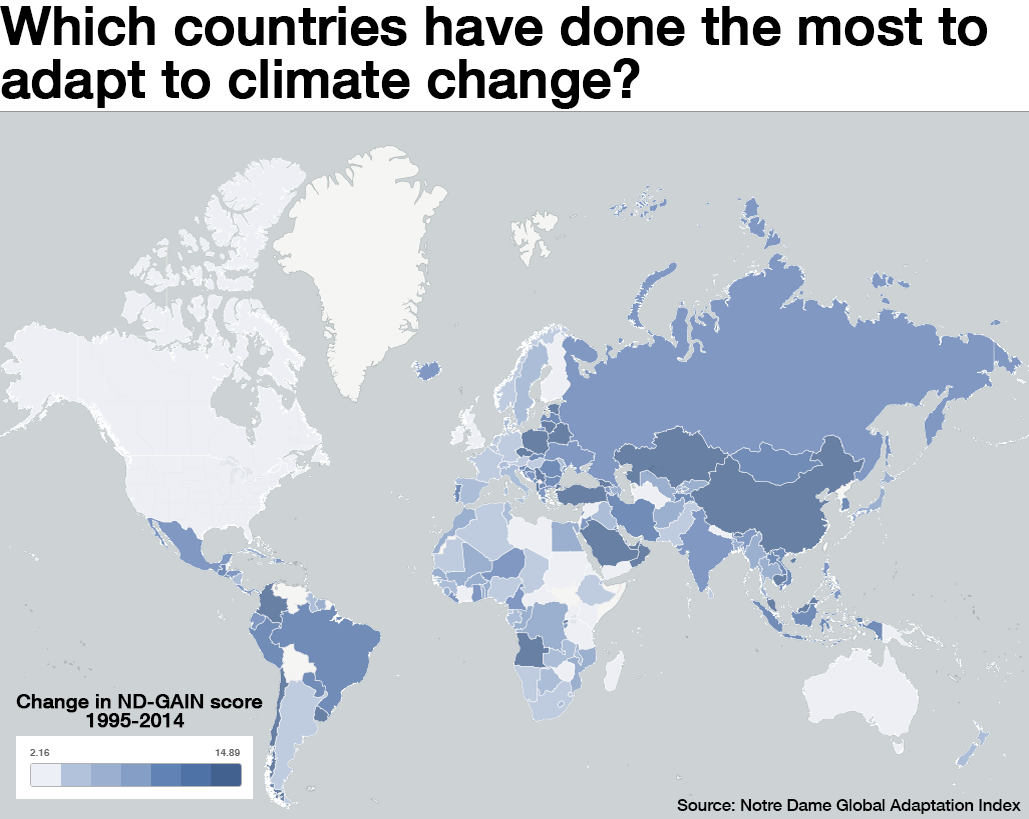 The map highlights some interesting global trends, with some of the world’s major global economies having achieved little over the past two decades to improve their resilience to climate change. While this is in part due to already high scores in 1995, it suggests that they should still be doing more.

Progress made in Asia and the Middle East is clear, with nations such as China, Singapore and Malaysia all demonstrating increased adaptability. Much of Africa has also made progress since 1995, along with South American nations, including Brazil and Chile.

In Europe, the most progress has been in the east of the continent, with Georgia, Belarus and Poland all featuring highly.

How the global coronavirus stimulus could put Paris Agreement on track

Governments have committed over $12 trillion to support their economies during COVID-19. It's vital this money is used to support sustainable, green investment for the longevity of the pl...

People are as concerned about climate change as about infectious diseases, survey finds

Pew Research Center has shown how citizens in different countries rank the threat of climate change and infectious diseases.

How U.S. adults are changing their feelings about climate change

Yes, companies can save capitalism and the planet: this week's Great Reset podcast

COVID-19 could distract the world from even greater threats