Why 2015 is set to be the hottest year on record

As world leaders gather in Paris for the COP21 climate talks, a new study has increased the sense of urgency around global warming. According to the World Meteorological Organization (WMO), global average temperatures in 2015 are set to be the warmest on record.

According to WMO Secretary-General Michel Jarraud, much of this temperature increase can be linked to human activity. “Levels of greenhouse gases in the atmosphere reached new highs, and in the northern hemisphere the three-month global average concentration of carbon dioxide crossed the 400-parts-per-million barrier for the first time,” he said. 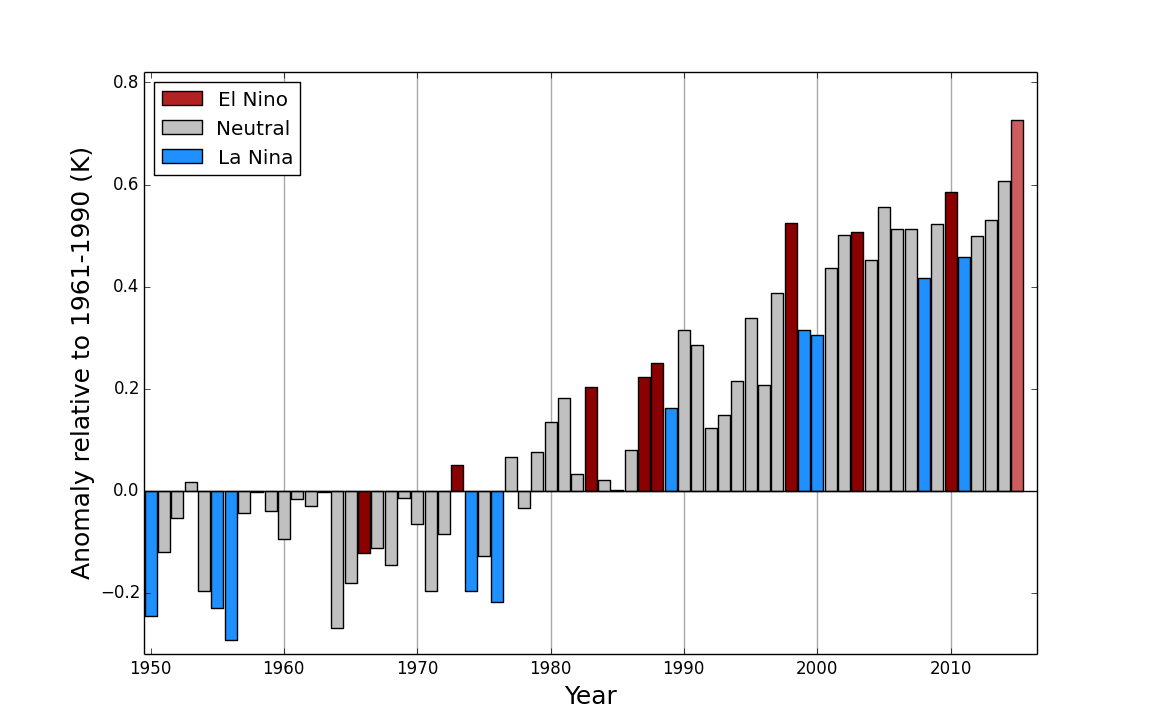 Adding to this year’s temperature rise is a powerful El Niño event which has already wreaked havoc on global weather patterns. According to the WMO, this year’s El Niño has resulted in large areas of Central America and the Caribbean recording below-average rainfall, and Brazil has been badly hit by drought. Meanwhile, countries such as Peru and Argentina have been besieged by heavy rain and floods.

But it’s human activity that remains the greatest source of concern with regards to the planet’s rising temperatures. Said Jarraud: “Greenhouse gas emissions, which are causing climate change, can be controlled. We have the knowledge and the tools to act. We have a choice. Future generations will not.”

The greatest threat to the COP21 negotiations