Why we need global citizenship

This post first appeared on The World Bank’s Information and Communications for Development Blog.

Statelessness is now a systemic challenge affecting over 10 million people in the world, with millions of children placed in vulnerable situations. Experts also note that the statistics on the number of stateless persons have to be revised to account for the intensified cross-border migration and massive refugee influx.

In the last couple of years alone, some fifty thousand Syrian refugee children have been born abroad and over 70 per cent of them have not been registered at birth, making it almost impossible for them to prove their citizenship later on. The issue is of growing concern. Development agencies worry that in countries hosting the 20 largest stateless populations, at least 70,000 stateless children are born each year. What sense and, more importantly, proof of identity will they have?

Last week, Harvard University’s FXB Center for Human Rights held a high-impact international conference titled “21st century identification systems: data – politics – protection” aiming to bring forward on the world scene the importance of this topic. Not only did the event foster a global dialogue on the vast implications of civil registration and identification systems, but also spurred debates over the cross-border applications of these systems. 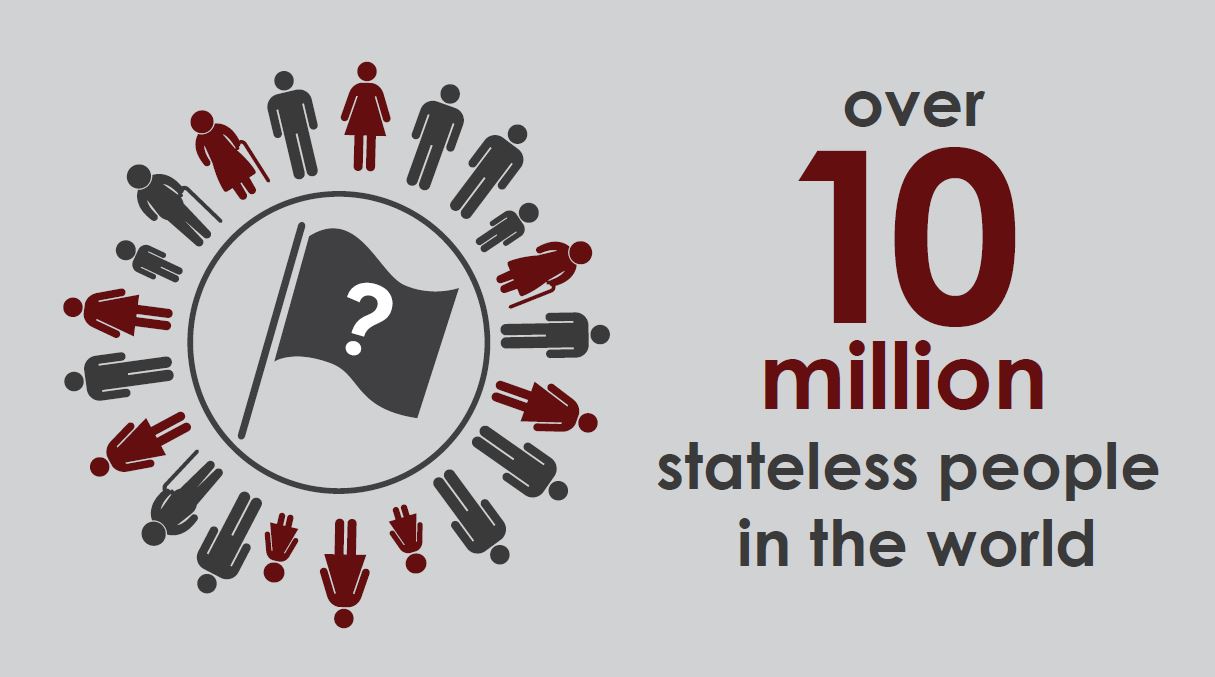 How can we ensure that everyone who lacks an official identity today will get one, and with it, the associated rights to access basic services, such as healthcare, education and electoral participation, to name a few? What efforts should the international community undertake to end the identity crisis of the refugees? Since these people do not currently have a sovereign state to be held accountable for their well—being, shouldn’t the development partners support the emergence of alternative approaches to identify and legitimize stateless people’s existence? Concepts such as “UN identity card” and “self-sovereign identity” are being discussed among experts groups. The latter gets increased traction in the innovation and development community, with a scheduled pilot for identity creation and exchange system in the UK, in collaboration with Digital Catapult, other international NGOs and The World Wide Tribe, an organization working with refugees in the Calais ‘Jungle’.

The driving thesis behind these projects is the fact that the challenge is systemic and, as such, requires scalable innovation. This by its very nature means deploying technology. Historically, the concept of building a system of identity creation and sharing with multiple entities, across multiple geographies, with multiple requirements for data structures, with the ability to store critical data such as medical records, was technically and financially not feasible.

We are now at a point in time where we have Moore’s Law reducing cost/access and advances in distributed secure networks, plus the emergence of artificial intelligence, altogether creating brand new, breakthrough technology-enabled models.
Whilst this is a daunting challenge, it would be remiss not to build in potential opportunities in terms of Early Childhood Development (SDG target 4.2) and the ability to experiment with this new technology in the face of extraordinary challenges. Might it be that systemic challenge we can’t ignore, leads us to innovate systems for the planet, that create a global platform for development for people who may not be sovereign citizens, however in the words of Buckminster Fuller are “citizens of Spaceship Earth”.

A natural question comes to mind: if such a solution would be deployed at scale, who would be paying for it? The business model, such as debated in international fora, would include a fair share of donor-funding, but also private sector participation. Donors already support more than half of the identity-related programs in developing countries and there are plans to develop a more coordinated and focused approach to the advancement of this global agenda. Recent developments in Europe and elsewhere, show that enhanced security and border control can be obtained from improved identification of the refugees and stateless people. This in itself is a motivating enough to align financials and have governments as well contribute to establishing these ID systems that transcend current borders and delimitations.

As the counterpoint to a defensive funding model, we might hypothesize that we know financing the 2030 Agenda will require all resources to be mobilized efficiently. Therefore, a country’s ability to mobilize them is key to financing for development. Maybe these systems, born under duress, can help the planet mobilize stateless resources to create economic output and to enable recognized residents to be more productive.

Author: Mariana Dahan is the coordinator at the Identification for Development (ID4D) Working Group.