This article is published in collaboration with Quartz

Banking is, and has always been, dominated by men. But women are making inroads, even at the top. Still, new research shows that a massive pay gap exists among bank CEOs.

Between 2007 and 2014, men running banks got a healthy 60% raise, almost twice the pay hike for their female peers:

Bank CEOS make a lot of money, whatever their gender. But SNL Financial found that not only do women make less than men in the same positions—about $150,000 less, on average, for CEOs—this gap gets wider as they advance towards the top job.

“From individual contributor to the mid-management range, when you go from director to vice president to the C-suite, each step of the ladder the gap gets a little bit bigger,” Larry Hartmann,
head of executive search firm ZRG Partners, said in the report.
Few women stick around long enough to make it to the top. Among bank CEOs, in 2014 there were 21 women and 568 men in the group that SNL analyzed. This ratio has changed little over the years: 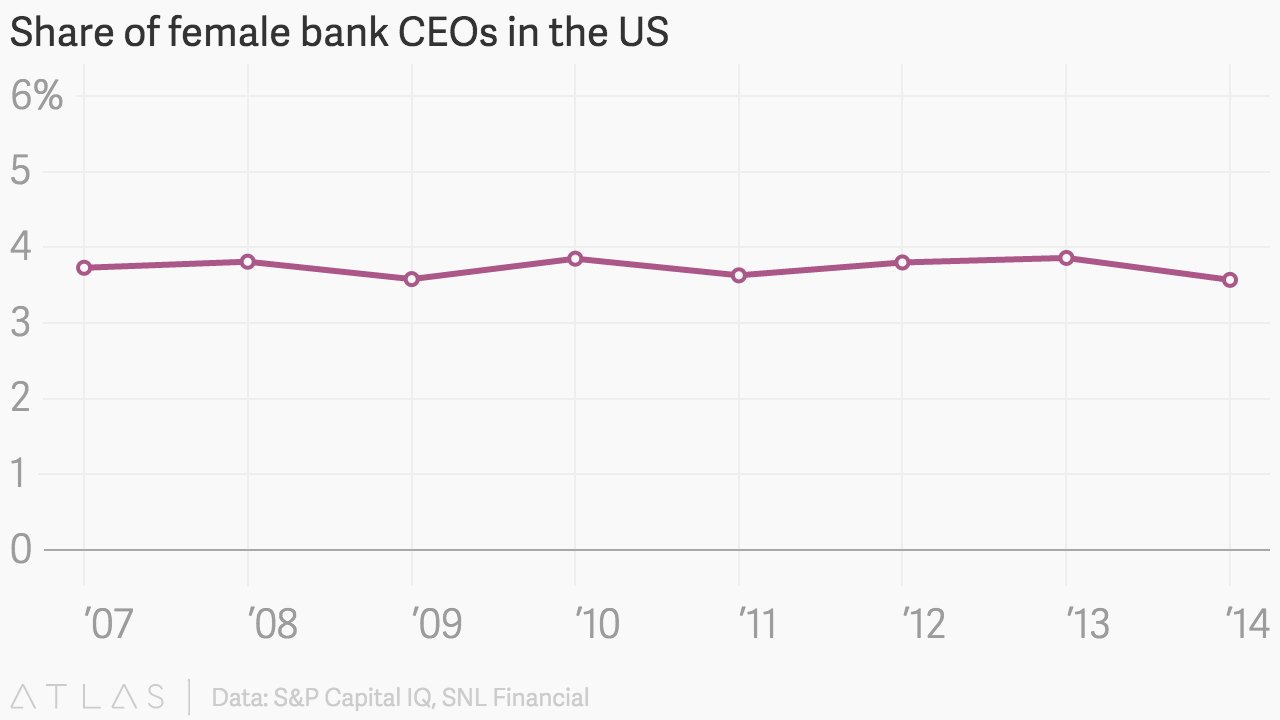 Unconscious bias and a lack of role models at the most senior levels are part of the problem, industry experts say in the report. Also, size matters. When women reach the top roles, it is typically at smaller banks.

Beth Mooney at KeyCorp is the highest paid female bank CEO, with $7.1 million in 2014

Of course, banking is not the only industry in which women struggle to make it to the top.

Research from S&P Capital IQ identified only 21 female CEOs across the S&P 500. Over the past decade, this share has grown at an average rate of just one new female CEO every two years. At that speed, “the gender gap is not going to shrink any time soon,” writes Pavle Sabic, a director at S&P Capital IQ.

Author: Jenny Anderson is a reporter for Quartz.

Research on opposite-sex couples during the lockdown shows that traditional domestic balances shifted, with men taking on more household responsibilities.