These countries are most at risk of hunger

In the past 15 years, we’ve made significant progress tackling hunger, but each year 3 million children still die as a result of malnutrition.

One of the 17 Global Goals is to achieve zero hunger by 2030. Adopted in September 2015, the goals, previously known as the Sustainable Development Goals, aim to end poverty, fight inequality and justice and tackle climate change.

But to achieve zero hunger, first we have to identify the populations that are most vulnerable. The 2015 Global Hunger Index has created an interactive map identifying countries most at risk of hunger. The index is calculated by the International Food Policy Research Institute, and is designed to highlight regional and national difficulties in tackling hunger. 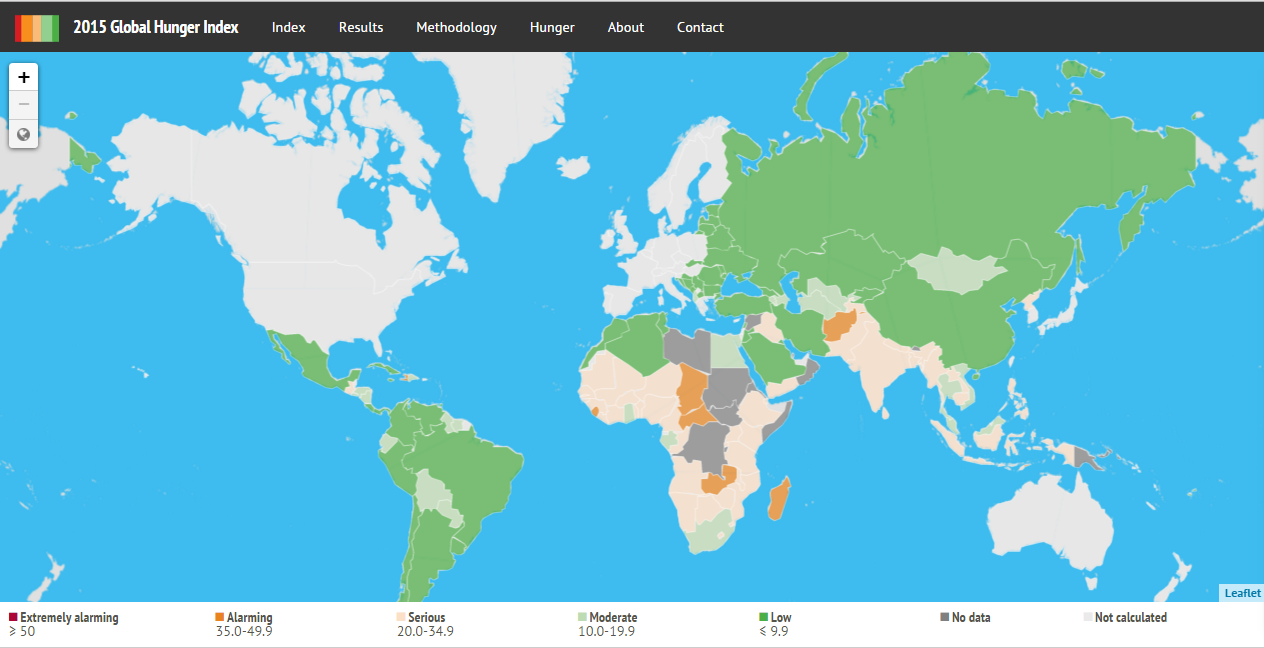 The Central African Republic has the highest risk of hunger, according to this year’s ranking, followed by Chad and Zambia. All three nations return scores in the “alarming” category, along with eight other countries, including Timor-Leste, Haiti and Afghanistan.

As the map highlights, much of Africa is in a serious or alarming situation. Parts of South Asia are also at serious levels, including India, Cambodia and Indonesia.

The index assesses the risk of hunger in 117 economies for which data is available, across four indicators:

Have you read?
What is hunger?
4 ways countries are fighting hunger
Are we nearing the end of poverty?

The coffee industry is facing a number of challenges including biodiversity loss, deforestation, and labour exploitation – is growing coffee from cells the answer?