What is a fair carbon price?

When world leaders convene in Paris this week for the United Nations Climate Change Conference, their task will be to reach a global agreement on curbing greenhouse-gas emissions. A successful outcome, demonstrating that countries can work together for the good of the planet, would send a powerful message of hope to the world – and to the people of Paris, who remain unbowed after the recent terrorist attacks.

Climate pledges will be made on the basis of Intended Nationally Determined Contributions (INDCs), or commitments to the reduction of emissions worldwide. I believe that the price of emissions should be at the center of these pledges.

Achieving a decline in greenhouse-gas emissions at the lowest possible cost requires a revolution in energy use and production. Gradual, predictable, and reliable increases in energy prices would provide strong incentives for consumers to reduce their energy bills. At the same time, the right carbon price would enable a smooth transition away from fossil fuels by encouraging investments in technological innovation. 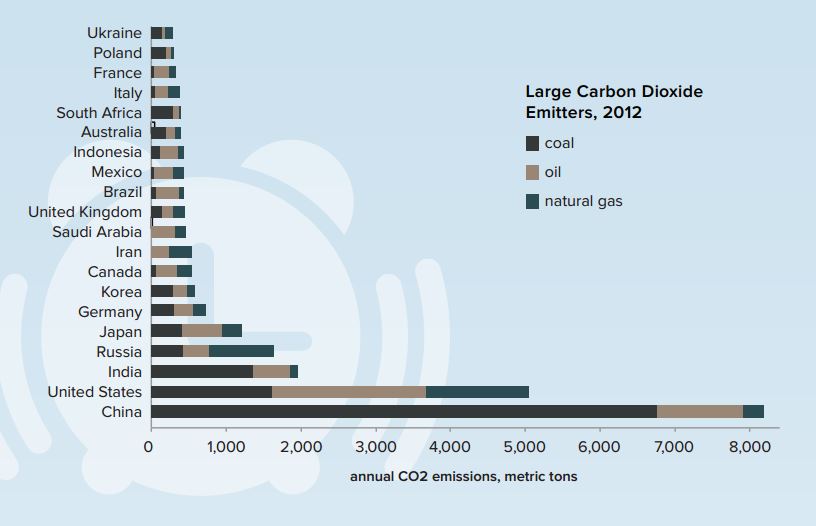 That is why the International Monetary Fund’s staff have recommended a three-part strategy on carbon fuel: “price it right, tax it smart, and do it now.” Each component is essential.

First, setting the right price for fossil fuels means taking into account their true environmental costs. Prices should pass on to end users the full cost not only of production and acquisition, but also of the damage – including air pollution and climate change – caused by intensive reliance on fossil fuels. A fairer carbon price will drive energy savings and boost demand for cleaner fuels and “greener” investments.

Second, the necessary change in prices would be achieved by taxing energy, using tools that are both practical and efficient. The best option is to build a carbon charge into existing fuel taxes and apply similar charges to coal, natural gas, and other petroleum products.

The revenue implications would be significant. If large emitting countries were to impose carbon prices of $30 per ton of CO2, they could generate fiscal revenues amounting to about 1% of their GDP. These revenues could be used to manage the overall fiscal burden of climate action, as well as to finance cuts in taxes on labor and capital that distort economic activity and harm growth, or to reduce deficits where needed.

In short, carbon pricing is about “smart” taxes, not higher taxes. Smart taxes should be phased in gradually to allow households and firms time to adjust and for new technologies to come on stream. Gradual and tailored adjustment is particularly important for developing economies, many of which make little contribution to global emissions. Time may be necessary, in many cases, to ensure that social safety nets are in place to protect low-income households and to provide retraining programs for workers in energy-intensive industries. This approach would also allow for climate investments to be financed through private capital flows.

Third, there is no time to lose: policymakers need to act immediately. Given the slump in energy prices, there has never been a better time to undertake the transition to smart, credible, and effective carbon pricing. Nor should countries wait for others to move first. Work at the IMF has shown that a fair amount of carbon pricing is in many countries’ national interest – even ignoring adverse climate effects on other countries – because it would help resolve major domestic environmental problems. According to the World Health Organization, outdoor air pollution causes more than three million premature deaths a year. And early action is essential to avoid the need for much more drastic – and costly – efforts later.

The challenge now is to deliver on these pledges. This is why we need a concerted push for carbon pricing. In Paris, a select group of leaders who are true champions of carbon pricing will issue a call for action. The Carbon Pricing Panel, led by the IMF and World Bank, will further increase the policy momentum at the national, regional, and municipal levels.

In addition to public-sector efforts, we also need the robust engagement of financial institutions and markets. Hedging instruments such as so-called catastrophe bonds can help insure against the increasing risk posed by natural disasters. Other financial instruments, such as “green” stock indices and “green” bonds, can help reallocate investment to sectors that support environmentally sustainable growth. Here, too, carbon prices that are predictable and sufficiently high will be essential to guide investment choices.

There is a lot at stake this week in the City of Light. Paris recently experienced humanity at its worst. The climate summit will be an opportunity to show it at its best.

1t.org was launched against a backdrop of worldwide interest in nature. Two years on, we are seeing progress in the movement to conserve, restore and grow a trillion trees by 2030.

Here is what six leaders from government, international organizations, businesses and the finance sector are doing to advocate for change and lead the charge when it comes to nature.

Putting Nature at the Heart of the Global Financial System

Mirjam Staub-Bisang and Martijn Wilder AM 23 May 2022

Why energy storage and recycling go hand in hand

Rewiring the financial system to double down on the energy transition