Which country has the largest number of widows?

The crushing poverty and persecution faced by millions of widows worldwide, and the devastating impact on their children, is outlined in a major report on widowhood to be presented to U.N. Secretary General Ban Ki-moon. 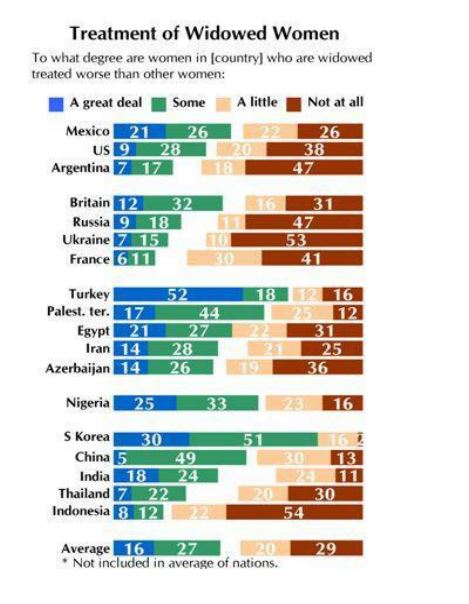 Here are some facts from the Loomba Foundation’s World Widows Report:

Image: Sevgi Gezici (R), widow of Engin Gezici, sits next to her family members at their house in the southeastern town of Silvan in Diyarbakir province, Turkey. Three days after the vote, her husband, just back from seven months tending sheep, was shot dead in the street, caught in the crossfire as he ventured out of their house to find help for their children during a curfew, she said. REUTERS/Murad Sezer.