The periodic table gets 4 new elements

If science has an iconic image, it is that of the periodic table of elements.

To a keen eye, however, there were gaps. Large empty slots in the seventh row where, although scientists had predicted the existence of an element, they hadn’t found one. 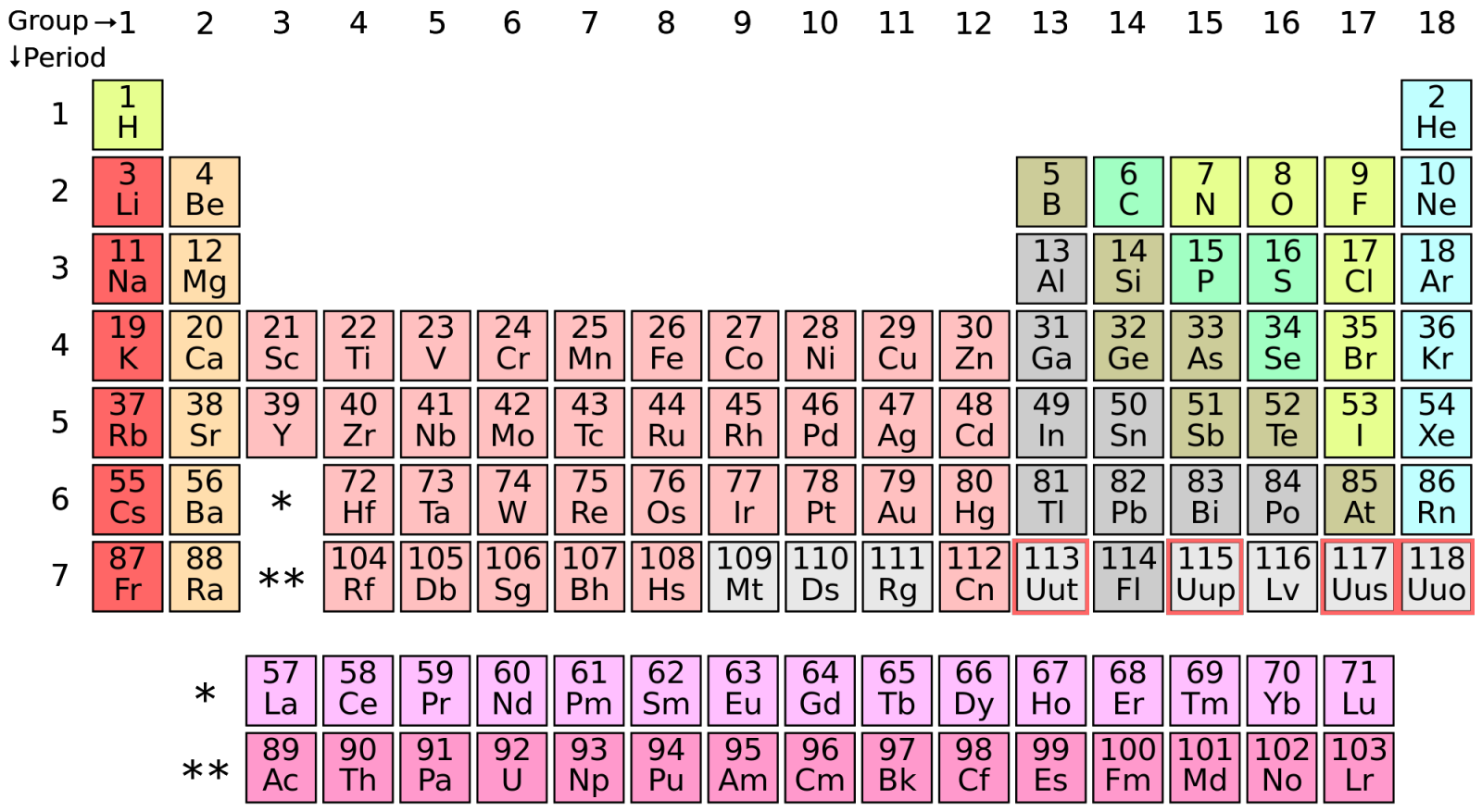 On Dec. 30, those holes were filled by the official body that governs the rules of naming chemicals and defining its measurements. The International Union of Pure and Applied Chemistry (IUPAC) added four new elements (number 113, 115, 117, and 118) and completed the seventh row in the periodic table.
The RIKEN institute in Japan was credited with the discovery of element 113, and thus received naming rights. It is the first time Asian scientists will get to name an element. The remaining elements were discovered by Russian and American scientists.
These chemical elements—which find their unique place in the table depending on the number protons in their nuclei—are fundamental building blocks of the universe. So unless future humans change the names of elements, naming one is creating history. Existing elements have been named after mythological concepts (cerium), minerals (lithium), places (americium), or scientists (einsteinium).
Although the four new elements are credited as having been “discovered,” on Earth they had to be created because the conditions under which these elements exist are extreme. To do this, scientists slam already existing elements into each other at near speeds of light, and end up with a handful of atoms of a new element that exist for only fractions of a second. In fact, all elements from 95 to 118 are synthetic elements that once formed quickly decay into simpler elements.
Publication does not imply endorsement of views by the World Economic Forum.

Author: Akshat Rathi is a reporter for Quartz in London.

Image: A sign showing titanium on the periodic table of elements is seen at the Nobel Biocare manufacturing facility in Yorba Linda, California. REUTERS/Mike Blake.

How to build a more climate-friendly chemical industry

Using CO2 as an industrial feedstock could change the world. Here's how

This A.I. can predict how certain drug combos will best treat diseases

These 'biofoundries' use DNA to make natural products we need