We all want to know the secret to happiness. So what can one of the longest ongoing studies of adult life tell us about how to achieve it?

For three quarters of a century, The Harvard Study of Adult Development has tracked the lives of 724 men from their teenage years through to old age. Starting in 1938 the study has focused on the lives of two groups of men, the first being sophomore students at Harvard College, and the second being boys from Boston’s poorest neighbourhoods coming from troubled and disadvantaged families.

The study comprises regular interviews, medical exams, family interviews and questionnaires to allow researchers to get a full understanding of the lives of each individual. From the original 724 men, 60 are still alive and participating in the study, and the study now looks at their more than 2,000 children.

Robert Waldinger is the fourth director of the study. In his TED talk he discusses some of the findings. By analysing the lives of these men, looking at their personal lives, work and health, Waldinger states that one message is clear: “Good relationships keep us happier and healthier.”

He went on to discuss the three big lessons about relationships and happiness that the Harvard study has provided.

The importance of social connections

People who are more socially connected to friends, family and communities are happier, physically healthier and live longer than people who are less well connected. Waldinger also highlighted that “loneliness turns out to be toxic”. Those who were more isolated experienced an earlier decline in health and brain functioning, were less happy and lived shorter lives than the participants who were not lonely.

Quality relationships are good for our health

The final lesson Waldinger found from the study was that the connection between relationships and health isn’t just physical. Being in a secure relationship during old age can help protect against memory loss. Participants who felt they could rely on their partners in times of need found their memories stayed sharper for longer.

Robert Waldinger’s overall message is that good, close relationships are good for health and happiness. Those people who had successful happy lives were the ones who focused on relationships with family, with friends and with their communities.

The Harvard Study of Adult Development is only following a small group of men who have grown up in the United States but around the world there have been many studies attempting to measure and compare levels of happiness. 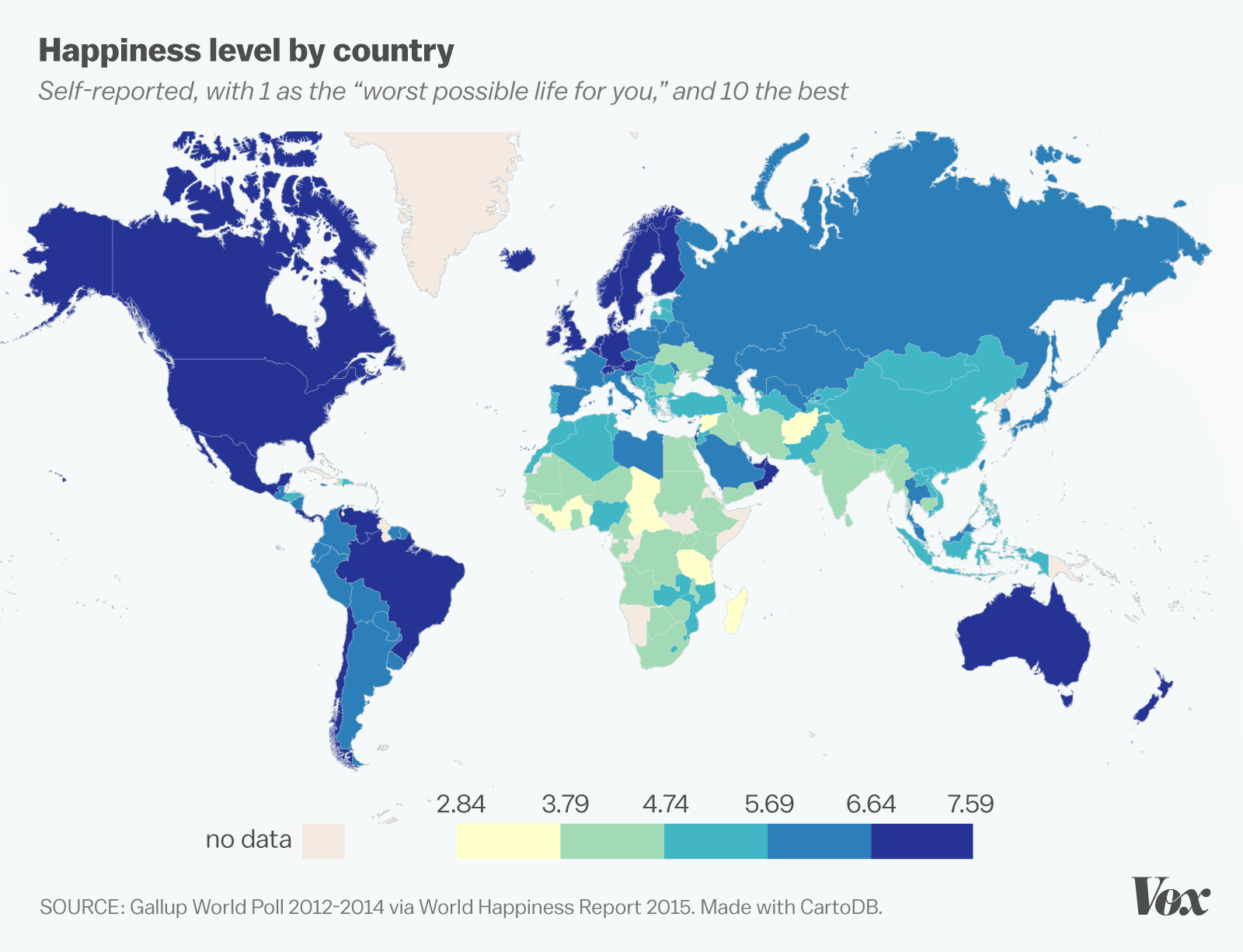 This chart compares self-reported levels of happiness. What it doesn’t show is whether those on the happier end of the scale are following Robert Waldinger’s three big lessons.

Where are people happiest with their lives?
At what age does happiness peak?
Which country has the highest level of well-being?

More on Future of Media, Entertainment and Sport View all

Here's how to boost digital safety now and in the future

Digital platforms have been changing policies and practices to boost online safety during the Ukraine invasion, but we need to future-proof digital safety.

How has the pandemic affected children's screen time?

Which countries spend the most time on social media?